Series » The Spirit and the Cross
2 of 8
Bookmark Print

The Holy Spirit is God

Class by:
Mike Mazzalongo
This lesson will focus on the various Scriptures that define the particulars of God's complex character and demonstrate the unique presence of the Holy Spirit in the Godhead.
September, 2021
38:34
10 minute read 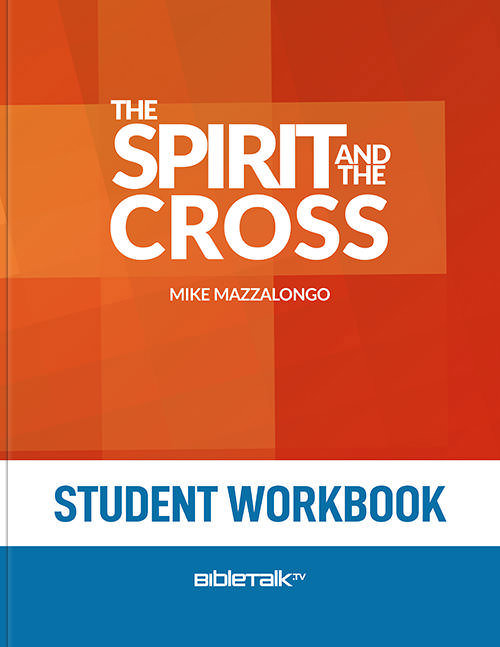 In the previous chapter we noted the following:

In this chapter we will continue to develop the idea of the Trinity and observe how God, through progressive revelation, clarifies our understanding of His true Godly nature.

Triune Nature of God in the New Testament

I mentioned before that the Old Testament focused on the oneness of God and His supremacy and uniqueness, primarily to separate the God of the Jews from the myriad gods of the Gentiles who worshipped many gods simultaneously. Some researchers estimate that there are more than 234 deities recorded in ancient Ugaritic texts (religious Canaanite tablets). Gods and goddesses of Canaan – IRA SPAR.

This is one of the reasons that the leaders and prophets of the Jews emphasized the uniqueness and supremacy of God (Jehovah) in that He was not only god (#235) but that He was the One and only God.

Nevertheless, the pagan tribes in the land of Canaan and later the Gentile nations that surrounded the Israelites, all had pagan deities that they continued to worship. In contrast to these, the central focus of the Jewish religion was that there was only one true God and only the temple in Jerusalem contained His presence on earth where He was properly worshipped by the Jewish nation.

This is where the revelation of the true God stood until Jesus appeared and with His appearance came new information about the nature of God's being not previously known (implicitly prophesied but not clearly revealed in the Old Testament (Isaiah 7:14).

We have several passages that show or teach that God's nature or being has the dynamic element of plurality:

16After being baptized, Jesus came up immediately from the water; and behold, the heavens were opened, and he saw the Spirit of God descending as a dove and lighting on Him, 17and behold, a voice out of the heavens said, "This is My beloved Son, in whom I am well-pleased."
- Matthew 3:16-17

This is Matthew's description of Jesus' baptism by John the Baptist. Note that Matthew records the amazing and revelatory scene where all three beings within the Godhead are manifested physically at the same time, separately and in the same location.

Note that God is present manifesting the three beings of His divine nature – Father, Son, and Holy Spirit.

18And Jesus came up and spoke to them, saying, "All authority has been given to Me in heaven and on earth. 19Go therefore and make disciples of all the nations, baptizing them in the name of the Father and the Son and the Holy Spirit, 20teaching them to observe all that I commanded you; and lo, I am with you always, even to the end of the age."
- Matthew 3:18-20

Here we have Jesus giving His apostles the "Great Commission," but notice how he frames the authority supporting the baptizing of believers transforming them into disciples. He says,

…make disciples of all nations baptizing them in the name of the Father, Son and the Holy Spirit.
-Matthew 28:19

The angel answered and said to her, "The Holy Spirit will come upon you, and the power of the Most High will overshadow you; and for that reason the holy Child shall be called the Son of God.
- Luke 1:35

Here, the angel Gabriel is explaining to Mary how she will conceive a child since she is a virgin and plans to stay that way until she marries. The angel informs her that God Himself will make her conceive and specifies that the Holy Spirit will accomplish this. Now, the Son of God is mentioned as well as the Holy Spirit. The angel refers to the Holy Spirit as distinct from the Father and Son, but as deity with Divine ability (to miraculously impregnate her).

The grace of the Lord Jesus Christ, and the love of God, and the fellowship of the Holy Spirit, be with you all.
- II Corinthians 13:14

This is a salutation and blessing from Paul to the church at Corinth. In the other passages we had apostles and disciples recording what they saw and heard concerning the dynamic nature of God's being. In this passage we have an inspired apostle himself using what, by now, has been revealed about God in his communication with the church. Notice that each is referred to as a distinct being. He also names Jesus before the Father to show that they are equally divine.

So, we see that in the New Testament church age God is represented by three distinct persons. Three persons, divine, distinct and in one source, the Godhead. The Trinity, therefore, is a term used to refer to the complex and dynamic being we call God (Three Beings / One God).

The Trinity is not:

A. Three personalities of the same God

4There is one body and one Spirit, just as also you were called in one hope of your calling; 5one Lord, one faith, one baptism, 6one God and Father of all who is over all and through all and in all.
- Ephesians 4:4-6

B. Three Different Gods cooperating together on behalf of mankind.

Even Jesus quotes the Shema in Mark 12:28-30. This type of idea is like the Greek and Roman gods who had many alliances and wars. God is one entity with three separate divine beings interacting among themselves (let us make man – Genesis 1:26) and also manifesting Himself dynamically to mankind (Jesus' baptism – Matthew 3:16-17).

The Holy Spirit who is the main topic of this series, is one of the distinct beings of the Godhead:

What is the proof in the Bible if the Holy Spirit's divinity?

A. The Holy Spirit possess the attributes of deity.

He is eternal, appearing with the Godhead before the creation was fully formed. He exists, as the Father and the Son do, apart from the creation and outside of time.

Another mark of the Holy Spirit's Deity…

B. The Holy Spirit does the works of deity.

24O Lord, how many are Your works!
In wisdom You have made them all;
The earth is full of Your possessions.
25There is the sea, great and broad,
In which are swarms without number,
Animals both small and great.
26There the ships move along,
And Leviathan, which You have formed to sport in it.
27They all wait for You
To give them their food in due season.
28You give to them, they gather it up;
You open Your hand, they are satisfied with good.
29You hide Your face, they are dismayed;
You take away their spirit, they expire
And return to their dust.
30You send forth Your Spirit, they are created;
And You renew the face of the ground.
- Psalm 104:24-30

The Holy Spirt has the ability and authority to give power to others. We will come back to this passage later on in the course. For now, it is sufficient to note that the Holy Spirit can empower others to perform miraculous works. This ability is strictly limited to God.

Therefore, the Holy Spirit has the attributes of deity and does the works of deity. One other factor that points to His Divine nature…

C. The Holy Spirit receives witness that He is deity

4John to the seven churches that are in Asia: Grace to you and peace, from Him who is and who was and who is to come, and from the seven Spirits who are before His throne, 5and from Jesus Christ, the faithful witness, the firstborn of the dead, and the ruler of the kings of the earth. To Him who loves us and released us from our sins by His blood— 6and He has made us to be a kingdom, priests to His God and Father—to Him be the glory and the dominion forever and ever. Amen.
- Revelation 1:4-6

The Godhead using the triune form and by placing the Holy Spirit (7 Spirits) first, then the Son, then the Father last. This was done not to change the order of importance but rather to confirm the equal nature and importance of each.

The Holy Spirit's presence as part of the Trinity at Jesus' baptism is witnessed, recorded, and preserved in Luke's gospel for every generation to see and know until the end of time, that the Holy Spirit is God along with the Father and the Son – each separate but One in the divine Godhead.

He is a distinct, Divine being within the Godhead. He is God.

2. What is the difference between the Holy Spirit and the Holy Ghost?

Of all the modern translations of the Bible, it is only the KJV that uses the term Holy Ghost.

No reason given since the words come from the exact Hebrew and Greek terms. At the time when the KJV (1611) was written the term "ghost" referred to the living essence of a person and the word "spirit" referred to the essence of a person who had died and their essence or spirit had departed. As language evolved, people started using the term "ghost" when speaking of the vision of a dead person, while the word "spirit" became the standard term for life or living essence. Bible translations followed suit translating the Hebrew and Greek terms into the English word spirit and Holy Spirit.

3. What will happen to the Holy Spirit at judgment?

Since the Holy Spirit is eternal, there will be no change in His status, however how He will interface with glorified and exalted saints is not known.

Help keep our materials free and allow us to produce more biblical content.
Support this Ministry
Want to be notified whenever new material is added?
Subscribe by Email
BibleTalk materials are well done and contain sound Bible Teaching. I encourage churches to become aware of this excellent service.