The Dangers of False Teaching

Class by:
Mike Mazzalongo
In this lesson Paul describes the false teaching that was being promoted by certain teachers at the Galatian church and the dangerous consequences that would result.
Galatians 1:6-9
April, 2016
38:27
5 minute read 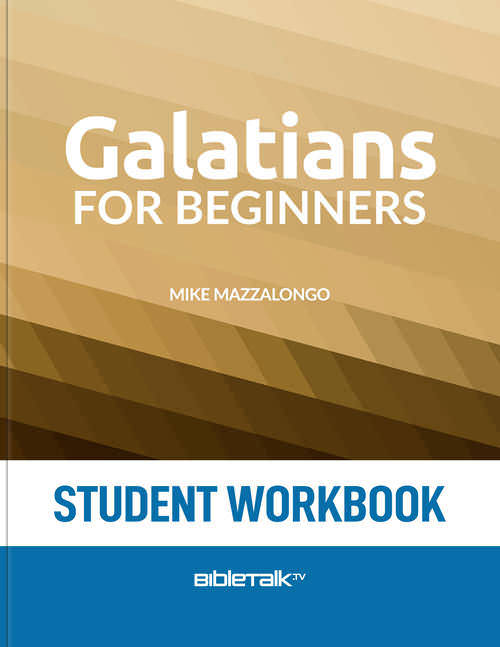 Paul is writing to the churches in the Roman province of Galatia concerning the false teaching being spread among them. To become Christian, one first had to become a Jew (e.g. circumcision); this was being taught by a group (Judaizers) within the church.

The danger of this teaching was that:

In the first verse, Paul establishes his authority as an Apostle, and reminds them of the core of the gospel:

Once having done this, Paul goes on to immediately chastise them for moving away from this central teaching.

6I am amazed that you are so quickly deserting Him who called you by the grace of Christ, for a different gospel;

God calls all to be saved, and the gospel is the tool that He uses to call men and women to it. The gospel contains the message of the death, burial and resurrection of Christ as well as the necessary response of faith in repentance and baptism. The grace of Christ can better be translated as "God called you graciously through Christ." It is through the gracious work of Christ and the proclamation of it that men are called by God.

The Galatians had quickly abandoned the spirit and conditions of this call for what they thought was a superior gospel, and Paul marvels at this.

7which is really not another; only there are some who are disturbing you and want to distort the gospel of Christ.

In reference to the "gospel" brought to them by the Judaizers, Paul makes the following statements:

These people preached about Christ and claimed to be from God, but they were false because what they preached was different than what Christ had preached. Even today this holds true—if what you teach about salvation is false, you are a "false teacher."

Paul quickly issues a warning directed at these Judaizers and anyone else who would distort (change, add or subtract) the gospel.

8But even if we, or an angel from heaven, should preach to you a gospel contrary to what we have preached to you, he is to be accursed!

Everyone who preaches a different gospel from that originally preached by Paul and the Apostles stands condemned by God. This includes Apostles or anyone claiming authority, even Paul or angels (visions, dreams, etc.). This does not include devils because they are already condemned. Angels are the most powerful beings next to God, but even they will be condemned if they change the gospel. Condemned, not because Paul orders the church to pronounce this curse on those who distort the gospel, but condemned because Jesus has already condemned those who do this (Matthew 23:13-39).

9As we have said before, so I say again now, if any man is preaching to you a gospel contrary to what you received, he is to be accursed!

Paul repeats the injunction including any person (includes Pharisees who are not spirits and who have no Apostolic authority) who distorts the gospel. Paul repeats that this is not a new warning, he has said it before.

They were encouraging others to follow their example in this heresy (Galatians 1:7).

Paul rebukes them for being unfaithful to the gospel in such little time, establishing that there is only one true gospel (that was originally preached by himself and the other Apostles) and condemns anyone who changes it.

1. There is only one gospel.

Jesus gave the Apostles the ministry of proclaiming that all must obey it to be saved (Matthew 28:20). The contents of it were never to change (I Corinthians 15:1-5). The church was to resist any attempt to add, subtract or change it (Jude 3).

In the Galatian letter we see that the first attack against the church was an attack not against the people, but against the message (not that it was not true, merely an attempt to adjust it).

2. Judge the messenger by the message.

Many messengers claim to be from God: superior intelligence, visions, secret knowledge, etc., but the true test of credibility is the accuracy of the message. Reputation, education or speaking style do not make up for a false message.

Beware of the majority of messengers' traps. The gospel is written so all can understand. It will be true even if the whole world falls into error. Stick with the message, no matter what.

3. False gospels do not save.

In I Timothy 4:16, Paul says that in continuing to preach the truth, Timothy would ensure salvation for himself and the church. The opposite is also true, to fall away from the true message is to lose salvation.

The urgency with which Paul writes to the Galatians is necessary because in turning away from grace to law for salvation, they were turning from salvation to damnation. Those who preach a false gospel will be damned and those who follow it will also be damned; one through rebellion and distortion, the others through ignorance and foolishness.

Examples of false gospels are those that teach that:

These will not save the learner and will condemn the teacher. We need to guard our doctrine and our church against false teachers.