Series » Christianity for Beginners
2 of 7
Print Save for later

Class by:
Mike Mazzalongo
In this lesson, we will examine the Christian religion and see how it compares to the other major religions in the world.
April, 2019
45:25
10 minute read 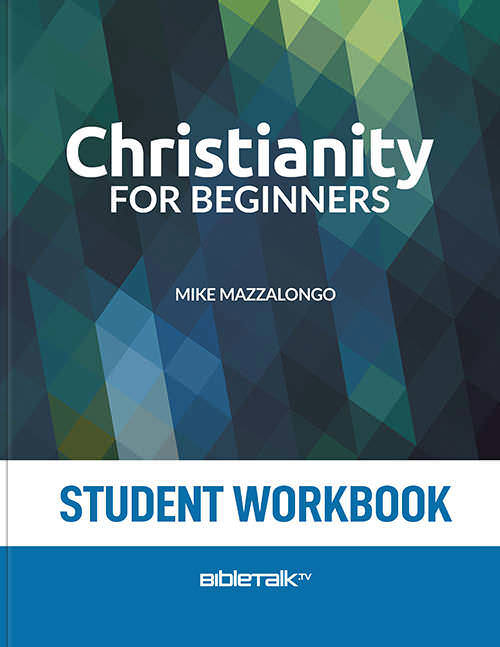 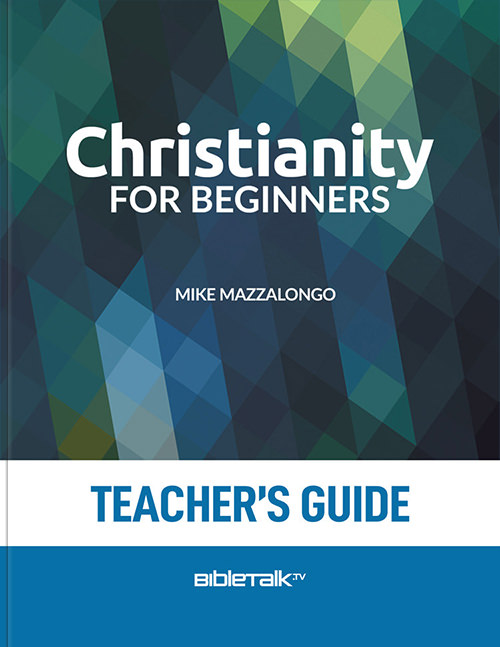 In this lesson we are going to look at the Christian religion from a wide view as we compare it to other major religions in the world. This comparison will help us in three ways:

At the end of this study I hope that you will not only more fully understand Christianity but will also appreciate its incalculable value in your life.

Major Religions of the World

When speaking of the religions of the world many people think that there are literally hundreds or even thousands of groups and beliefs in the world when in fact there are really only about a dozen organized religions if you include what's called "primitive religions."

The dictionary defines "religion" as "…man's expression of his acknowledgement of the Divine…" The Bible writers use the word religion in describing the ceremonies that the Jews did in expressing their faith – (Acts 26:5). When we talk about the religions of the world we are referring to the different ways mankind has developed to express the idea that there is something other than himself (usually higher) here in this world.

Christians believe that Christianity is not a man-made religion but rather given to us by God. However, for the purpose of this book, I will put it alongside other religions in order to see where it fits in historically and theologically. On the other hand, there are many philosophies and movements that come and go throughout history which have impacted society but are not necessarily religions, for example:

These and others have had influence on the world but are not considered organized religions.

In order for something to be a religion it needs certain features:

Not every religion exhibits each one of these features, but most of them have a majority in common. The nature of our study will be to compare the different religions of the world according to these categories.

Before we discuss the major world religions however, I think that it would be helpful to talk for a moment about what are called "primitive religions." These do not fit into the pattern of major, organized, world religions but are ideas practiced by many in the ancient world and even in today's society but in very different and disorganized ways. Some features of primitive religions include:

However, you still see traces of ancient Roman primitive religion in the Catholic form of Christianity with its saints, images, candles, and mystical practices.

I mention primitive religions because they are still practiced in many countries today (e.g. voodoo in Haiti and Native American peoples in North America) and many ideas from primitive religions are recirculating today in other forms (New Age Movement - emphasis on the pre-eminence of the environment / Falun Gong in China trying to harness spiritual power through physical means). But primitive religions are not part of the group of major world religions that are practiced by the majority of the populations on earth in the last 2000 years or so.

As I mentioned previously, not counting primitive religions, there are only 11 major organized religions in the world. These are usually listed in geographical terms based on where they began. We will review and summarize each briefly beginning with the least familiar first.

No founder - evolved from a basic "nature" religion and added concepts from Taoism, Confucianism, Buddhism.

In brief form, these are the summaries that describe the world's 11 major religions.

The Supremacy of the Christian Religion

Now most of this chapter has dealt with the description of the major religions that exist today. I would like to finish chapter 2 by listing three reasons why Christianity is the superior religion among all religions, including the primitive ones discussed previously.

#1 - Christianity has a superior revelation of God.

Most religions have a very limited view of God as either an impersonal force or a kind of super-human being. Christianity reveals that God is pure Spirit with consciousness, will, power, knowledge, moral force and communicative power. Christianity explains what kind of being God is as well as what He wants from us and for us.

#2 - Christianity has a Superior Leader.

All other religions have men or women as leaders, prophets, gurus, priests, etc. Christianity has God Himself as leader in the form of a human being, Jesus Christ. In the Christian religion the leader is always alive and present to direct and encourage His followers in every generation.

#3 - Christianity offers a superior solution to the problems of humanity.

Other religions offer to solve humanity's problem by imposing religious rules or practices, or a final solution after death occurs. Christianity on the other hand:

Separation from God because of disobedience to God's laws (sin) leads to guilt, shame, rebellion, death, judgment, and condemnation.

B. Provides a solution for the problem.

God Himself takes the responsibility for paying off mankind's moral debt through the sacrificial death of Jesus Christ.

The practice of their religion and the keeping of moral codes are ongoing expressions of that faith but not the dynamic that ultimately saves them.

Far Eastern and Eastern religions' best offer is that the individuals cease to be at death or sooner. Islam and Judaism offer a Paradise that is much like here on earth, only better. In many respects this is what primitive religions also offer: safety here, ideal situation after death. Christianity, however, offers its followers the hope that while they are alive here on earth they can expect:

In addition to these things Christians can look forward to an afterlife where they are:

There are many more reasons we can argue why Christianity is superior:

But I have only given a few in this chapter to highlight the superior nature of Christianity's claims. In our remaining five chapters we will examine more closely the Christian faith and the lifestyle of those who practice it.

christianity
Help keep our materials free and allow us to produce more biblical content.
Support this Ministry
Want to be notified whenever new material is added?
Subscribe by Email
BibleTalk materials are well done and contain sound Bible Teaching. I encourage churches to become aware of this excellent service.