By: Mike Mazzalongo
July, 2017
Mike begins with a critical review of all four gospels in order to prepare for a focused study of the Book of Luke.
34 min 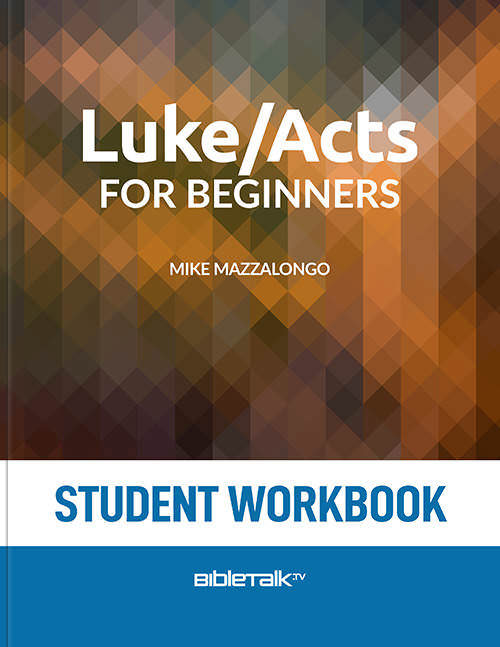 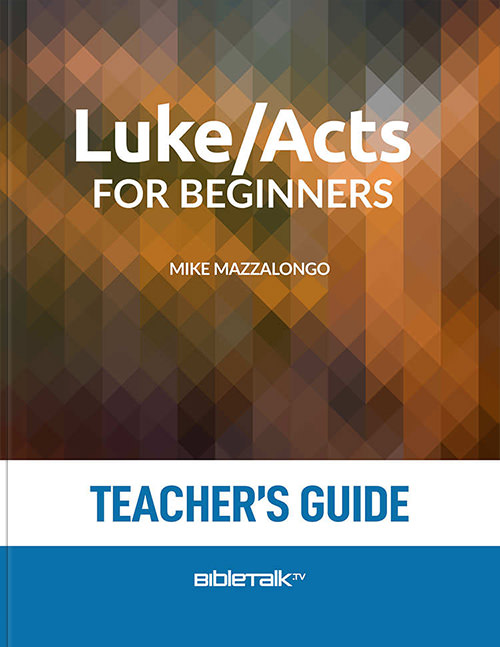 The gospel writers each had an audience and a purpose in mind when producing their records of Jesus' life and ministry. These naturally influenced the way they presented the material in each of their books. For example:

In Luke's description of an event taking place in Antioch (Acts 11:27-30) he uses grammar that suggests that he himself was present and describing a scene that he personally witnessed. This would mean that he was a Gentile convert probably coming to Christ as Christians went out from Jerusalem due to persecution by the Jews and preached the gospel throughout Judea and the northern regions. During this time a church was established in Antioch where Luke lived (Acts 11:19). He is referred to as a physician and a Gentile (Colossians 4:10-14) and could have received his medical training in Antioch since there was a famous medical school located there at the time. This would mean that a quarter of the New Testament was written by a Gentile convert to Christianity.

Luke, therefore, was a Gentile convert who was a member of the first mixed (Jew and Gentile) congregation. He was converted before Paul was recruited by Barnabas to go there and teach in 43 AD (Acts 11:25). This means that he met Paul and received further teaching from him for an entire year while the Apostle was in Antioch, and was present when Paul and Barnabas were chosen and sent out on their first missionary journey (Acts 13:1-3).

The first glimpse we have of Luke's ministry with Paul occurs in Acts 16:10 where he is with Paul in Troas where the Apostle receives the vision to go and preach in Macedonia while on his second missionary journey (49 AD). This is a "we" passage where Luke's name is not mentioned but, as the author, his presence is assumed since he is describing events witnessed in the first person plural. Luke is also present and ministering to Paul during his initial imprisonment in Caesarea after returning from his third missionary journey (53 AD). It is at this time, while visiting the Temple, that the Apostle is caught up in a riot and arrested (Acts 24:23). After several years of confinement, Luke accompanies Paul on his dangerous journey to Rome and subsequent trial before Caesar in 62 AD (Acts 27:1). We learn that Luke remains with Paul during his first imprisonment in Rome (Acts 28:30-31). Paul mentions Luke one final time in II Timothy during his second imprisonment in Rome while awaiting his execution (66-67 AD). Luke is the only remaining worker left to minister to Paul's needs while in prison.

Luke had many first-hand resources to draw from in the writing of his gospel. As an early member of the church at Antioch he was immersed in the first century preaching of the Apostles and their disciples (Barnabas, Acts 11:22). He was also taught by Paul for a year and accompanied him on several missionary journeys hearing his preaching and teaching, and witnessing his miracles. In addition to this he spent years interacting with Paul while the Apostle was in prison writing his many epistles. He also had a working relationship with John Mark (writer of the gospel). In Philemon 24 and II Timothy 4:10 we note that both these men ministered to Paul while in prison and were present at his execution. This background prepared him to write (under the direction of the Holy Spirit) a gospel account which was not based on his own witness of Jesus' life, death and burial, but on the eyewitness accounts of his contemporaries among the Apostles (Paul and Peter) as well as the disciples of the Apostles (Mark) and members of the early church in Jerusalem (Barnabas). Luke states in his opening verses that his gospel is a compilation of several sources of information about Jesus which he will carefully lay out in order to explain and reveal the truth of the gospel concerning Jesus Christ.

An orderly account. While the other gospels have theological goals (Matthew: Jesus is the Messiah, Mark: Jesus is the divine Son of God, John: Jesus is both God and man), Luke's main theme is not to show that Jesus is God, but that the Son of God lived among men in a historical setting. Whereas Matthew went to great lengths to support his premise that Jesus was the Jewish Messiah, providing numerous proof texts from the Old Testament prophets, Luke provides all kinds of historical markers (names of rulers, historical events, intimate interactions with disciples and friends) to situate the presence of Jesus not only in human history but human settings as well. Luke presents a well structured narrative of Jesus' extraordinary birth, life, death, resurrection and ascension, against the very ordinary setting of first century Jewish life in and around the areas of Jerusalem and the region of Galilee.

Luke writes a step-by-step account of Jesus' life that lays out the signs and events that preceded His birth. He follows with a precise historical account of His ministry leading up to His death, resurrection, several accounts of His appearances after His resurrection and finishing with a description of His ascension into heaven and a brief epilogue about the Apostles actions afterwards. All of this in a simple, straightforward style that helps the reader imagine the divine Son of God actually living among ordinary men at a particular time in human history.

Luke is the second longest gospel at 24 chapters (Matthew has 28). Maintaining a reasonable length for this book will not allow me to drill down and examine every event and teaching in Jesus' ministry contained in Luke. What I will try to do, therefore, is to address everything that Luke includes in his gospel, but pay special attention to those things that are only found in Luke and not in the other gospels. In this way we will be going through Luke's record section by section with a brief comment on each passage, but focusing our study on the things only Luke talks about or perhaps what he has borrowed from only one other gospel writer.

Hopefully, with this approach we will cover the entire book, with special emphasis on Luke's unique contribution, all completed in the 13 chapters that comprise the first part of this book. In order to get the most from this study, therefore, I recommend that you complete the reading assignment listed below before going on to the next chapter.

Want to be notified whenever new material is added?
Subscribe by Email
Help us continue producing
more biblical content.
Support this Ministry
I wish to write my heartfelt thanks to you and your team for producing such wonderful teachings.  I am on my journey of getting to know more about our Lord Jesus. Though I was baptized over twenty years ago. I have just recently returned to God and begun my spiritual journey.  I wish to step up in Christian life and found that by learning Gospel John through your youtube really helping me to understand and know our Lord Jesus. May God bless you and your family.