The Work of the Elder

Class by:
Mike Mazzalongo
This lesson examines not only the work done by Elders but provides a systematic way of gathering this and other information about various topics in the New Testament.
January, 2015
35:58
6 minute read 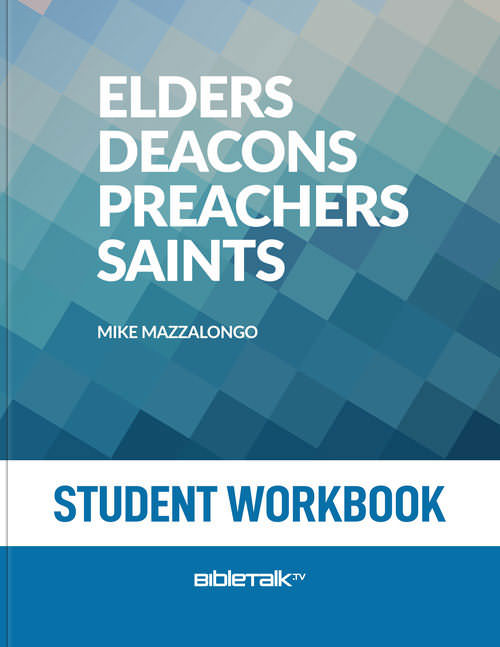 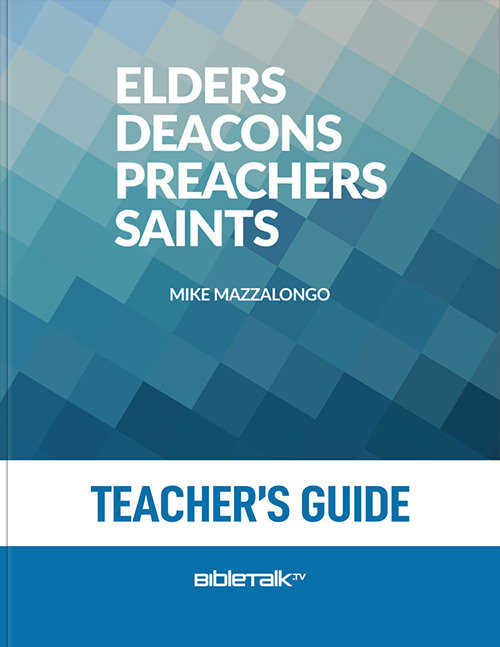 So far we have said some very specific things about elders:

When measuring themselves against these qualifications elders should remember:

Let us now examine the work of the elder in the local assembly.

We, in the churches of Christ, hold to the idea that the Bible teaches us through direct command, example and necessary inference. In other words, when we want to find out what the Bible says about something we examine what it commands about that thing; what examples are there concerning this thing; are there any conclusions or suggestions that are implied by words, situations or actions that can guide us.

When determining the work of the elder this is a good system to use because all the information about this subject is not located in one place.

There are two places in the New Testament where the Apostles are giving direct commands and instructions to elders about their role.

Paul's charge to elders from Ephesus and Miletus.

28Be on guard for yourselves and for all the flock, among which the Holy Spirit has made you overseers, to shepherd the church of God which He purchased with His own blood. 29I know that after my departure savage wolves will come in among you, not sparing the flock; 30and from among your own selves men will arise, speaking perverse things, to draw away the disciples after them. 31Therefore be on the alert, remembering that night and day for a period of three years I did not cease to admonish each one with tears.

Guard the flock and selves. The way to attack the flock is to attack the shepherd of the flock. This is why Paul says that no accusation should be received against an elder except in front of two to three witnesses (I Timothy 5:9).

Paul uses the imagery of a shepherd who fed, led and protected the flock. Elders are to guard against false teaching and teachers whose purpose is to gather disciples after themselves. Some people are happy if they can have influence over one or two people; they do not want to lead, they just enjoy exercising power. Being alert means to watch the teaching and the teachers ensuring that they both be pure, sound and sincere.

32And now I commend you to God and to the word of His grace, which is able to build you up and to give you the inheritance among all those who are sanctified.

Stay close to (aligned with) the word. Personal study and teaching leads to growth.

33I have coveted no one's silver or gold or clothes. 34You yourselves know that these hands ministered to my own needs and to the men who were with me. 35In everything I showed you that by working hard in this manner you must help the weak and remember the words of the Lord Jesus, that He Himself said, 'It is more blessed to give than to receive.'"

Peter's exhortation to the elders.

1Therefore, I exhort the elders among you, as your fellow elder and witness of the sufferings of Christ, and a partaker also of the glory that is to be revealed, 2 shepherd the flock of God among you, exercising oversight not under compulsion, but voluntarily, according to the will of God; and not for sordid gain, but with eagerness; 3 nor yet as lording it over those allotted to your charge, but proving to be examples to the flock.

Peter repeats Paul's charge of providing leadership but gives some insight as to what should motivate:

4 And when the Chief Shepherd appears, you will receive the unfading crown of glory.

This passage refers to the reward for elders, a crown of glory. The Old Testament refers to their crown as the Lord Himself (Isaiah 28:5).

I do not know if these refer to the same or different things, but I do know that the term crown of glory is only used in connection with elders. You know if the Lord gives it, it is going to be worth it.

5 You younger men, likewise, be subject to your elders; and all of you, clothe yourselves with humility toward one another, for God is opposed to the proud, but gives grace to the humble.

A final admonition to the younger men to be humble and express that humility through obedience to the elders. Young men tend to be headstrong in every generation so Peter teaches them how they should respond to the elders (if they want to please the Lord).

Peter repeats and expands on the idea that the work of the elders is to lead: lead by teaching and enthusiastic example.

Peter and Paul are the only two that speak directly with instructions to elders. The New Testament does have passages where elders are seen doing their work and so we can use these passages to define more clearly the New Testament pattern for the work of the elder.

The picture that emerges from the examples we have in the New Testament is that of a group that:

Note that in the last chapter we looked at the requirements of the job, in this chapter we are seeing the job description itself.

A necessary inference is a conclusion that is required by a set of facts or examples but may not be necessarily stated.

When it comes to the elders there are other details about their work and relationship to the church that are discovered through this process of reasonable deduction:

In the next chapter we will look at how elders are chosen and established today, and will end this section on elders with a profile of an elder's wife.

Elders are older men who are chosen to serve as leaders of individual congregations based on their mature spiritual character, their ability to teach, and their successful marriages and family life.

It is a humbling and demanding task and not all men are able to aspire to the eldership, but thankfully some are!