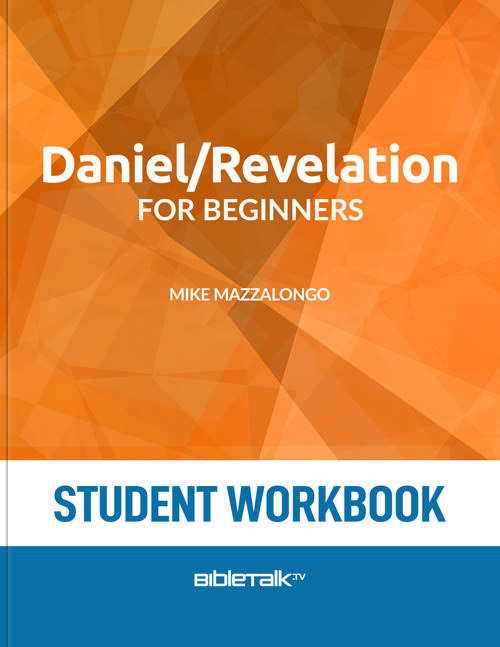 Revelation is the vision that John the Apostle has concerning the church's struggle with Rome in the 1st century. The theme of the book is the revelation of Christ, a more perfect vision of the Lord in His glorified state.

So far we have:

All of this information, these images and these symbols have been presented in the second vision, chapters 4-11.

Remember, when John is writing, the persecution by Rome has begun and what he is writing about informs the church of the 1st century concerning their immediate and future struggle; in this way it was prophecy. We read it today and see that the prophecy was fulfilled: Rome did fall, the church did survive, however the book prophesizes that the cycle of evil and struggle will continue and one day Jesus will return to put an end to this and open the new heavens and earth for the faithful.

In this sense it is prophecy to us. Our encouragement is that if the former prophecy about Rome was eventually fulfilled, we should prepare ourselves for the prophecy of the second coming to be fulfilled as well.

The bulk of this vision is the actual description of the struggle between Satan and his earthly embodiment, Rome, and the Lord Jesus and His earthly embodiment, the church. John will describe the war between these two, jumping from images of Satan and Rome to images of Jesus and the church. He will also describe the tactics each will use to destroy the other.

1 A great sign appeared in heaven: a woman clothed with the sun, with the moon under her feet and a crown of twelve stars on her head. 2 She was pregnant and cried out in pain as she was about to give birth.
- Revelation 12:1-2

Then another sign appeared in heaven: an enormous red dragon with seven heads and ten horns and seven crowns on its heads.
- Revelation 12:3

The red dragon is Satan.

4 Its tail swept a third of the stars out of the sky and flung them to the earth. The dragon stood in front of the woman who was about to give birth, so that it might devour her child the moment he was born. 5 She gave birth to a son, a male child, who "will rule all the nations with an iron scepter." And her child was snatched up to God and to his throne. 6 The woman fled into the wilderness to a place prepared for her by God, where she might be taken care of for 1,260 days.
- Revelation 12:4-6

Sweeping stars is the killing of God's people, including the attempt to destroy the Christ child. This child is prepared to rule with all power. The wilderness is the earth (not heaven) and 1260 days we know represents a short time.

In verses 7 to 17, John describes the scene in which we see Satan's four-step attack to destroy Jesus and the church.

1. He tries to attack the child.

These are attempts to keep Him from being born or surviving once He is born. This goes back to the temptation in the garden and the murder of Abel.

2. He tries to attack the throne in heaven.

He begins a spiritual war in an effort to keep Christ from bringing His blood to the throne so he can continue to accuse man of sin. However, the lamb does come to the throne. The gospel is being spread thus taking away his power and having him thrown down.

3. He attacks the woman.

The woman is given wings, a symbol of protection. Satan sends rivers of wickedness, but the earth drinks it up. Lies, wickedness, false religion are sent to target the church but she resists these, she remains faithful; but the world, non believers, they drink in these things to their own destruction.

The woman, symbolically, gives birth to Christians and is afforded protection. The woman is spiritual Israel, God's people throughout history. An attack against God's people to stop them from multiplying (through Roman persecution) fails and the wickedness sent falls upon the wicked.

4. He attacks individuals within the church.

In this he is successful because individuals have free choice. Some are destroyed. Some Christians fall away, lose faith, etc.

In verses 1 – 10, he describes the first beast, an ally of Satan in the war against the church. The first beast is red, has 10 horns, 7 heads and 10 crowns. This looks something like Satan described in the previous chapter, but here it is the embodiment of Satan.

There were actually eight emperors from Augustus in 14 AD to Domitian in 96 AD when this book was probably written. However, one is like a resurrection of a previous one: There was a rumor in Rome that Nero would resurrect and come back. When future persecutions began after Nero's death it was said that it was Nero's spirit dwelling and guiding the present emperor in it.

Thus seven real emperors, one in the spirit of a past one.

Now the dragon gives ruler ship over to this first beast who has existing power at the writing of the book. This beast resembles a composite of the four beasts in Daniel and John shows it to be a terrible beast, like Daniel's fourth beast. This beast will blaspheme God and receive worship as God (emperor worship was promoted by law).

This beast will do damage for a while (3½ years). It has authority to do so (God will permit). The point is that there is no use resisting or losing hope, it will do its damage, but only for a short while.

In verses 11 – 18, a second character or agent of Satan is now called forth, the false prophet. The purpose of the false prophet is to influence the people to give worship to the first beast.

The false prophet also corresponds historically to the ASIARCHS, who were priests of the cult of emperor worship and who promoted this practice throughout the provinces using occult and magic.

So far in his vision John has described:

In the next chapter John will describe the defeat and judgment of the beasts and Satan.

Chapter 14 is the announcement of the final judgment. It is divided into 3 sections: the 144,000, the three angels and the two sickles.

We have seen the action of Satan's attack and his forces. Now the judgment on him and these will be pronounced; in other words, God's counter-attack.

1 Then I looked, and there before me was the Lamb, standing on Mount Zion, and with him 144,000 who had his name and his Father's name written on their foreheads. 2And I heard a sound from heaven like the roar of rushing waters and like a loud peal of thunder. The sound I heard was like that of harpists playing their harps. 3 And they sang a new song before the throne and before the four living creatures and the elders. No one could learn the song except the 144,000 who had been redeemed from the earth. 4 These are those who did not defile themselves with women, for they remained virgins. They follow the Lamb wherever he goes. They were purchased from among mankind and offered as first fruits to God and the Lamb. 5 No lie was found in their mouths; they are blameless.
- Revelation 14:1-5

We have already discussed the 144,000 and their significance. This is the perfect number of those with whom God deals with. The ones he has sealed, protected, counted and measured are shown to have survived the persecution and attacks of Satan. This is true for the 1st century as well as every subsequent attack and persecution including death itself. Those who are God's in Christ will be saved. The saved are the 144,000.

In verses 14 to 20, the image of the two sickles. This is the image of judgment after the destruction of the beast and its followers.

So the beast is destroyed, the followers are punished, the earth is judged with good rewarded and evil rejected and punished.

John describes the battle between Satan, his forces, and Jesus and His church.

In chapter 14 the final destruction and judgment are described. In the following chapters John will digress and give more details concerning the destruction of Rome and the final dealing that God will have with Satan himself. He will also describe the things that the 144,000 can look forward to.

Help keep our materials free and allow us to produce more biblical content.
Support this Ministry
Want to be notified whenever new material is added?
Subscribe by Email
You made my day! Getting 3 sets of DVDs ready to send to Ghana.