Preparing for the End

Class by:
Mike Mazzalongo
In this lesson, Paul outlines the actual order of events that will take place when Jesus returns.
I Thessalonians 4:13-5:3
November, 2014
36:48
6 minute read 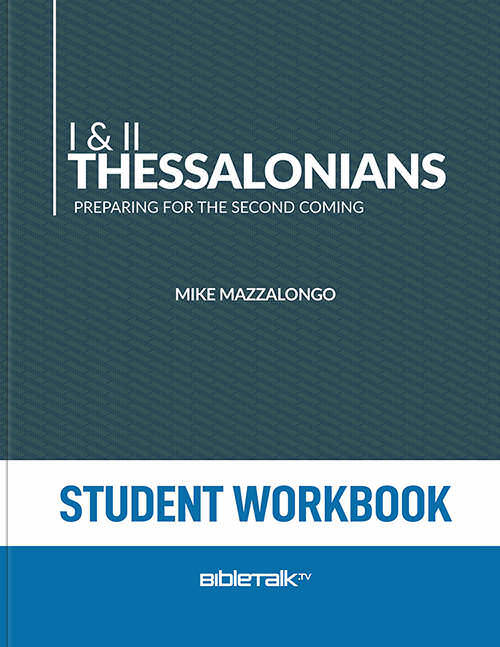 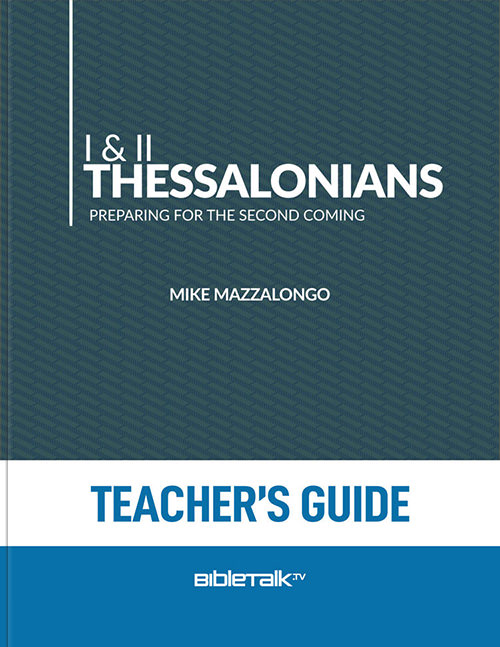 The theme for our study has been, "Preparing for the Second coming" and our text has been the first epistle to the Thessalonians. In this letter Paul commends the Thessalonians for being a "true church." Today we often measure the authenticity of a church by:

But Paul, in speaking to the Thessalonians and preparing them for the return of Jesus, describes the biblical nature of the "true church." He says that a true New Testament church:

The Apostles never condemned any church for not growing in numerical size but often exhorted churches for not growing more pure in their conduct (I Corinthians) or growing in the knowledge of spiritual things (Galatians, Colossians, Hebrews). True churches are continually advancing in their knowledge of Christ and His teachings – especially in the serious preparation for His sure return one day.

In this chapter we will review Paul's teaching about the end times and how to prepare for them.

But we do not want you to be uninformed, brethren, about those who are asleep, so that you will not grieve as do the rest who have no hope.
- I Thessalonians 4:13

It seems that the Thessalonians were worried about what would happen to those Christians who died before Jesus returned; they expected Jesus to return during their lifetime and when some of their number died they were confused and worried about what would happen to them. They were first generation Christians who had little teaching on this matter while Paul was with them.

Paul uses certain words that we need to note:

But Paul wanted them to be informed concerning death and what eventually would happen to those who died as Christians. They shouldn't ignore, deny or fear death. They should open their eyes and see what exactly is going to happen to all Christians when they die or when the end of the world finally comes.

Gentiles have no hope but Christians do:

For if we believe that Jesus died and rose again, even so God will bring with Him those who have fallen asleep in Jesus.
- I Thessalonians 4:14

Christians have hope for life after death because they have a historical precedent upon which they can base their faith: the resurrection of Jesus Christ. The basic promise that Jesus makes to His disciples is that if they believe/trust Him – what happened to Him after death will happen to them after death as well, a resurrection to a new life without death. Why? Because Jesus died without sin, death could not hold Him (Acts 2:24). When we become Christians we also die without sin (having been forgiven) and so death cannot hold us either. For this reason sin cannot hold us or turn us over to eternal condemnation.

Paul is reassuring the Christians at Thessalonica that as sure as God raised Jesus from the dead, He will resurrect all of those who have died faithfully serving the Lord. There is no need to worry that they will be left behind, all who believed in Jesus will be raised by Jesus when He returns.

Paul now gives details as to what the Christian will experience at the end of the world. He does not, however, give details about:

This doesn't mean that these things are not happening at the same time ("…twinkling of an eye" I Corinthians 15:52), but Paul focuses his attention on what will happen to Christians at the end of the world when Jesus will return.

Paul confirms that the details he is about to teach them were taught to him directly by the Lord Himself concerning His return:

1. Some Christians will be alive and on earth when Jesus returns.

For this we say to you by the word of the Lord, that we who are alive and remain until the coming of the Lord.
- I Thessalonians 4:15a

2. These Christians will not go to heaven before the ones who are dead are resurrected.

Will not precede those who have fallen asleep.
- I Thessalonians 4:15b

3. The Lord will descend from heaven.

For the Lord Himself will descend from heaven.
- I Thessalonians 4:16a

4. These will be the signs of His appearance:

With a shout, with the voice of the archangel and with the trumpet of God.
- I Thessalonians 4:16b

These could all be symbolic ways of saying that Jesus' coming will be announced in such a way that no one will miss it.

5. The dead in Christ will be resurrected first.

And the dead in Christ will rise first.
- I Thessalonians 4:16c

This doesn't mean that at some later date sinners will be resurrected. Paul at this point is dealing only with Christians who are alive and those who are dead when Jesus comes. His point is that before the alive Christians go to be with Jesus, the dead Christians will first be resurrected. In a situation where many things will be happening simultaneously, Paul is concentrating on one specific thing: Christians and their experience at the end of the world.

6. The living and resurrected Christians will ascend into the clouds to be with Jesus.

Then we who are alive and remain will be caught up together with them in the clouds to meet the Lord in the air
- I Thessalonians 4:17a

In the same way Jesus ascended in a cloud to return to heaven, the living and resurrected Christians will ascend to be with Jesus in the sky.

7. This condition of being together with Jesus in the heavens (not on earth, no reign here on earth) will be the situation that will remain forever.

and so we shall always be with the Lord.
- I Thessalonians 4:17b

This knowledge concerning the end of time and death gives a Christian great comfort and confidence to face the end of life here on earth. Paul encourages them to use this teaching to encourage one another.

Therefore comfort one another with these words.
- I Thessalonians 4:18

8. No one knows for certain when Jesus will return, but it is certain that He will.

Now as to the times and the epochs, brethren, you have no need of anything to be written to you. For you yourselves know full well that the day of the Lord will come just like a thief in the night. While they are saying, "Peace and safety!" then destruction will come upon them suddenly like labor pains upon a woman with child, and they will not escape.
- I Thessalonians 5:1-3

There will even be some who are teaching peace and safety (just like the false prophets in the Old Testament who prophesied the security of Jerusalem when in reality it was on the verge of destruction). The destruction that will come at the end of the world for sinners will be sudden, without warning and complete; none will escape.

The Thessalonians were young Christians with a specific question about a complicated teaching – Paul gives them a focused, specific response without going into great detail.

end of timelast dayscoming of jesussecond coming of jesusi thessalonians 4i thessalonians 5
Help keep our materials free and allow us to produce more biblical content.
Support this Ministry
Want to be notified whenever new material is added?
Subscribe by Email
Thank you, please don't stop making videos this really helps me a lot.