No Grace - No Gospel

Class by:
Mike Mazzalongo
This lesson examines other mistaken images used to explain the concept of grace and reviews the stories of King David and Paul the Apostle to demonstrate how God's grace actually worked in producing their forgiveness.
June, 2014
35:12
9 minute read 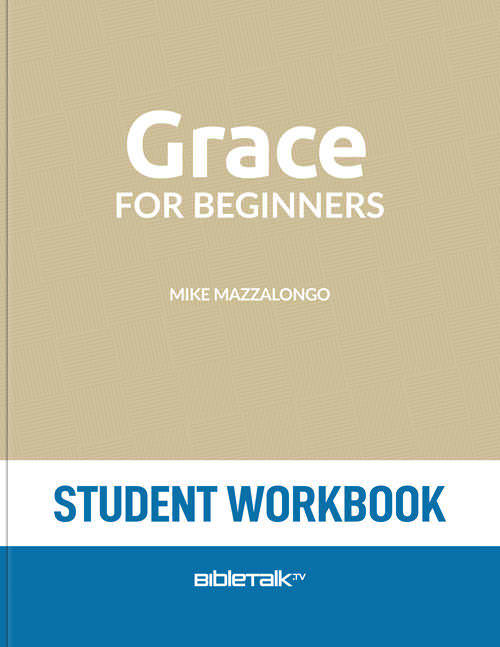 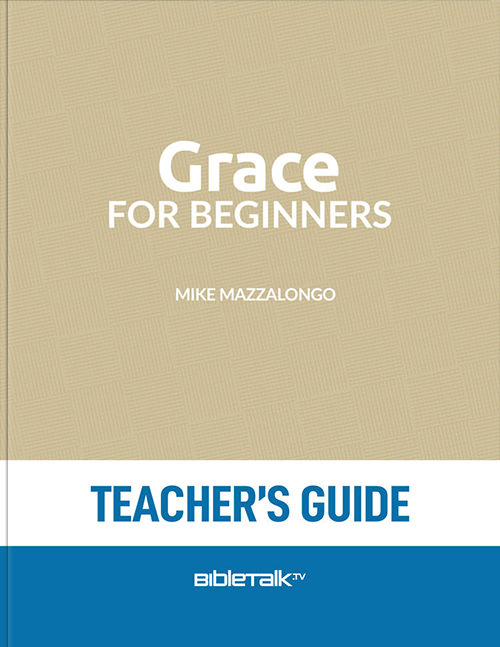 Many believers have an incorrect view of what grace means and does. In this chapter, I'd like to review some of the more popular misconceptions about this important element of the Christian faith.

What Grace is Not

1. Grace is not a dividing line

5This is the message we have heard from Him and announce to you, that God is Light, and in Him there is no darkness at all. 6If we say that we have fellowship with Him and yet walk in the darkness, we lie and do not practice the truth; 7but if we walk in the Light as He Himself is in the Light, we have fellowship with one another, and the blood of Jesus His Son cleanses us from all sin.
- I John 1:5-7

Walking in the light is being on the "grace side."

If we follow this incorrect idea then when we sin we are on the wrong side of the line and need to confess sin and be restored to the "grace side".

The problem with this teaching is that we worry about being on the wrong side when death comes. When we see how weak we are and how easily we sin, it is easy to see how we could slip on to the "wrong" side even for a moment when we die… so we worry. We would worry less if we realized that John is talking about hypocrisy here and how God will judge hypocrisy. Not about lines.

If you profess to be a Christian, your life (walking in the light) will be evidence of this and the sins you commit while you are in fellowship with God will be forgiven you (vs. 7b) (Notice the two situations are simultaneous).

Walking in the light is not being sinless. This expression refers to a relationship (walking) and an awareness (light). Walking in the light is the conscious relationship we have with God through our union with Christ expressed in repentance, baptism and fidelity. It is the ongoing awareness that because we are sinners we need Christ as our savior, we need His blood to wash us. This is why he says that to deny that we are sinners, and consequently have any need for Christ, makes us fools and liars.

John reminds us that we are sinners and always will be but so long as we are aware of this, acknowledge this and trust God for ongoing mercy, we will be saved: we are walking in the light.

Walking in the light does not mean we are sinless!!! It means we are enlightened about our situation.

2. Grace is not a thermometer

But by His doing you are in Christ Jesus, who became to us wisdom from God, and righteousness and sanctification, and redemption,
- I Corinthians 1:30

and He Himself bore our sins in His body on the cross, so that we might die to sin and live to righteousness; for by His wounds you were healed.
- I Peter 2:24

We confuse repentance with restitution. The restitutionary (payment) element in our salvation was made by Christ. We contribute nothing towards it. Whatever way we sin, either before becoming a Christian or after, Jesus makes restitution to God with His cross. Some think that after baptism we have to make restitution for sin, but we do not see this example or teaching in the Bible.

Repentance is a change of attitude about sin, about how we will conduct ourselves, about who and what we believe, but it is not restitution.

3. Grace is not a free ticket

Some think that grace is a special privilege to sin without consequences. As if God is our buddy and allows us to enjoy ourselves in sin and lower standards of morality or ethics because we are His children and He (like earthly fathers) indulges us our weaknesses.

What shall we say then? Are we to continue in sin so that grace may increase?
- Romans 6:1

Paul argues against a form of this thinking where some believed that if grace always increases to cover sin, then people should not worry about increasing sin because greater sin only promoted more grace from God.

14As obedient children, do not be conformed to the former lusts which were yours in your ignorance, 15but like the Holy One who called you, be holy yourselves also in all your behavior; 16because it is written, "You shall be holy, for I am holy."
- I Peter 1:14-16

Peter reminds Christians that God has expectations of His people and their conduct, and grace is what motivates and produces this conduct. So grace is not an excuse for lukewarmness, worldliness, or indifference to sin, or unscriptural practices in worship or church organization or doctrinal matters. Grace is not an excuse, on the contrary, it is a reason to be more fervent, more zealous than ever, more careful than ever.

Let us look at the word and its meaning, a definition and then examine a few examples to see grace in action in people's lives.

Word meaning in the Old Testament

In the Old Testament, every instance were the word grace is used it comes from a root word that means to bend or stoop. The application of this word is the bending down in kindness (as the motivation) to someone or something inferior, resulting in favors or blessings. For example, in Genesis 6:8, "Noah found favor in the eyes of the Lord.";

in Psalms 84:11, "For the Lord God is a sun and a shield, the Lord gives grace and glory." We see the same word and glory in both passages.

Word meaning in the New Testament

The word translated grace in the New Testament begins at a different place but ends up meaning the same. The root word refers to a cheerful attitude. The application of the word is to express kindness (a happy heart expressing itself, favors, blessings):

The child continued to grow and become strong, increasing in wisdom; and the grace of God was upon him.
- Luke 2:40

You who are seeking to be justified by law: you have fallen from grace.
- Galatians 5:4

The word always refers to a favor whether as an attitude or the result of an attitude.

We have looked at what the actual word meant in the Old and the New Testaments. Now let's look at the definition of the word grace.

21But now apart from the Law the righteousness of God has been manifested, being witnessed by the Law and the Prophets, 22even the righteousness of God through faith in Jesus Christ for all those who believe; for there is no distinction; 23for all have sinned and fall short of the glory of God, 24being justified as a gift by His grace through the redemption which is in Christ Jesus;
- Romans 3:21-24

Grace, therefore, is not a line, a thermometer or a free ticket, it is a favor that God in His kindness has done for us.

By associating ourselves with Jesus through faith expressed in repentance, baptism, fidelity, we received the same sin free, sonship, eternal life status that He enjoys. It is a favor because there is no other way we could achieve it, it has to come from God.

Examples of Grace in Action

David seduces her and commits adultery and gets her pregnant. He commits premeditated murder to hide the pregnancy. He lies to the nation over whom God has made him king by lying and covering up the affair. By Law, he should be condemned to death! This is the restitution necessary.

Then David said to Nathan, "I have sinned against the Lord." And Nathan said to David, "The Lord also has taken away your sin; you shall not die.
- II Samuel 12:13

David makes a simple statement to Nathan (repentance) and gets a simple reply (forgiveness). David suffered socially and emotionally as a result of his sins. God, in His grace, forgave him.

Paul persecuted Christians, he broke up families, harmed and jailed innocent people, he participated in Stephen's death. Many who suffered at his hands may have still been in jail or separated when he was converted, certainly nothing could compensate these people for what he did. He could not get them out of jail. What could he give to God in exchange for his sins? Not all of his mission work and suffering could bring Stephen back from the dead.

Paul understood that he was saved, he was useful only because God did him the favor of charging all his sins to Christ so that he could go on living. That is grace!

13When you were dead in your transgressions and the uncircumcision of your flesh, He made you alive together with Him, having forgiven us all our transgressions, 14having canceled out the certificate of debt consisting of decrees against us, which was hostile to us; and He has taken it out of the way, having nailed it to the cross.
- Colossians 2:13-14

Paul gives us a vivid image of the working of grace on our behalf when he describes how God nails our debts (sins) to the cross so that Christ can make restitution for them by His death.

When we are worried about our salvation because we are dwelling on past sins, failures, present weaknesses or situations, future temptations and our ability to deal with them, remember the image of the cross with our perfect Lord on it and all of our debts for sin securely nailed to that cross, and feel the relief that comes with this assurance.

While I close this lesson out with a prayer, think of your worst sin, the one that causes you the greatest worry, pain and fear. Now picture it as a bill or invoice and go to the cross and take a hammer and nail it to the cross and leave it there for Jesus to make restitution for you, once and for all, and walk away!