Getting Even Without Getting Into Trouble

We've all heard or probably experienced the powerful feeling of "payback time", and if we haven't I'm sure there are times when we have truly wanted to get even. Several years ago brother Kent Allen presented a lesson about getting even without getting into trouble and I'd like to share some of these ideas with you today as we discuss the problem of revenge.

The desire for revenge is really a mixture of anger and need for justice:

The problem with revenge is that it is so subjective:

In the Old Testament God provided guidelines to prevent the abuses that occurred because of unbridled revenge and Jesus refers to this in Matthew 5:38:

An eye for an eye, a tooth for a tooth.

Some think this is a Biblical permission to seek revenge but it was part of a basic judicial system given to help regulate disputes and injuries. The point was that repayment for injury or offense had to be made proportionately. You paid back in quality and sometimes in greater quantity - but there was a limit in order to discourage abuse.

A fair way of receiving justice was needed because of the emotional factor. Angry people tend to want a lot of justice and a lot of pain in payment for their sufferings. This is why laws were developed in order to be fair to both the victim and the guilty parties.

The consequences of Revenge

Revenge is sweet, but only for a little while.

Paul talks about this subject in Romans 12:17-21 and enumerates some of the things that happens to the one who takes revenge. According to this passage, when I take revenge:

I'm not saying that we cannot seek justice and protection through the Law because the Law is part of God's system - but doing it through personal revenge violates God's system and makes us as guilty as the one who offended us in the first place.

Some may say, "What if the laws are poor or inadequate", then I believe our energies should be invested in changing and improving the laws if we can - not in revenge. For example, victim impact statement in criminal trials.

In some places there is no law, or the law is oppressive and in these cases I am made aware of 2 things:

Christians are not called to be rebels and anarchists - they are here to build the kingdom of heaven on earth regardless of the type of rule that exists at the time.

The Cure for Revenge

Not taking revenge doesn't mean doing nothing. There are other options open for one who has been injured, offended, treated unfairly - pro-active things done aside from revenge.

A fool shows his annoyance at once, but a prudent man overlooks an insult.
- Proverbs 12:16

We can make an issue out of an insult and deal with all the consequences or we can simply ignore it. (make a big deal out of it or not) There is great comfort in knowing that it requires as much self-control, as much courage, as much self-confidence to ignore as to confront.

The difference is that when you ignore you demonstrate your strength without a single word and please God with a Christ-like attitude.

Bear with each other and forgive whatever grievances you may have against one another. Forgive as the Lord forgave you.
- Colossians 3:13

The problem, of course, is what to do with the hurt, shame, anger that we feel. If we do nothing we have to carry around the burden of this thing with us. Forgiveness is the answer, not revenge, because what we do is pay off the debt ourselves and let the burden go. Revenge wants someone to pay with pain, money, etc. so we can give ourselves permission to let go the feelings we have. Forgiveness says, "no charge" and unloads the feelings. When I stop looking for payment, I stop feeling bad.

If we lack motivation to forgive we simply have to look at the sins Christ forgave us by dying on the cross - if He was willing to say "no charge", we, as Christians, are called upon to do the same.

This idea defies conventional wisdom which says, "Don't get mad, get even." However:

If your enemy is hungry, feed him; if he is thirsty give him water to drink. In doing this you will heap burning coals on his head, and the Lord will reward you.
- Proverbs 25:21-22

Some people find it hard to imagine inviting their enemies for dinner, but the Bible uses this language to encourage us to be kind to our enemies as a way of disarming them and making them vulnerable to the gospel (guilty consciences produced by the Word/Spirit).

Some practical ways this can be done:

Loving enemies is a sure sign to them and to God that our faith is not only sincere but powerful as well - powerful enough to stop the cycle of hatred and revenge.

But God demonstrates His own love for us in this: While we were still sinners, Christ died for us.
- Romans 5:7-8

Jesus' sacrifice was not done to make his followers rich or comfortable in this world - it was done to guarantee their entry into the next.

People who have hurt us have sinned and exacting revenge, no matter how justified, will do little to save their souls. In ignoring, forgiving and serving them, we can lead them to repentance and ultimately to faith and salvation.

Revenge is sweet but bringing your enemy to Christ, transforming them into a fellow Christian is so much sweeter and satisfying.

The title of this lesson is somewhat misleading - you rarely get even without getting into trouble. As Christians our goal in life is not to get even, we want to get ahead in our spiritual lives. Offenses and injustices are often the things that God allows to come our way in order to test our faith and promote spiritual growth.

It requires spiritual maturity to resist the temptation to seek revenge but the reward is peace of mind, and favor with God and those around you including your enemies. Most wars would be over in a heartbeat without the thirst for revenge fueling the violence.

I encourage us to remember these things and adopt this attitude the next time we are provoked or hurt by our spouses, friends, coworkers or even strangers. If we have struggled with resentments or desire for revenge why not leave them at the cross of Jesus today. If we need prayer for strength, or need to confess Christ and be baptized, come now. 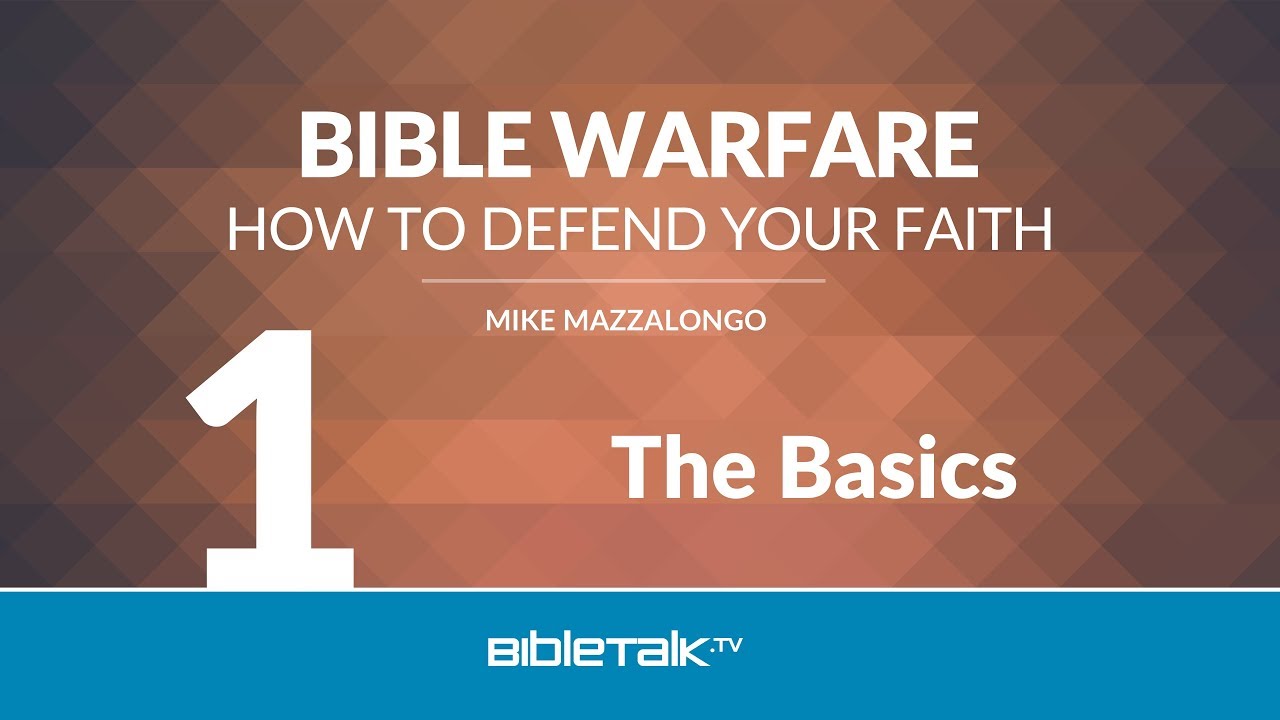 In any type of warfare, there are rules of engagement. These are put in place for the protection of all parties involved and to also help the battle (or discussion) move forward.
Prime   33 min 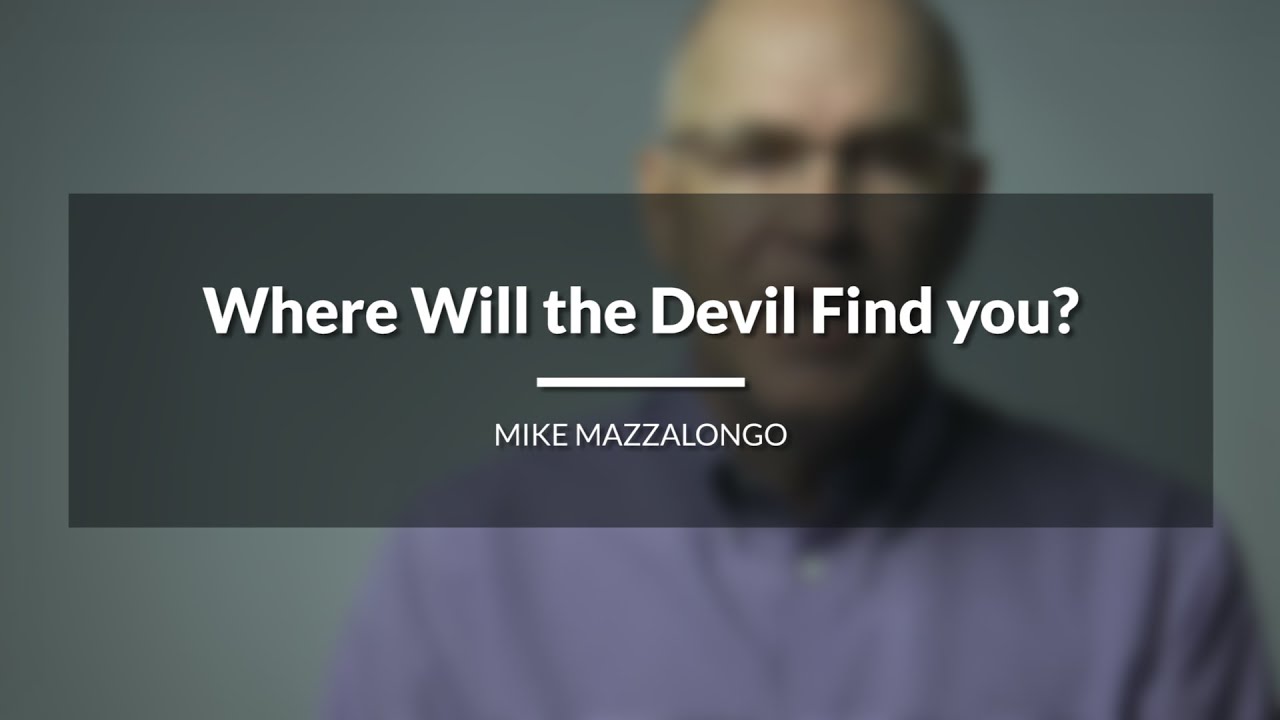 In I Peter 5:8, the Apostle Peter warns his readers concerning the devil. He says that the devil prowls like a roaring lion seeking to devour and he seeks and knows where to find us in order to devour us. For example, the devil found Samson in the arms of…
Prime   2 min 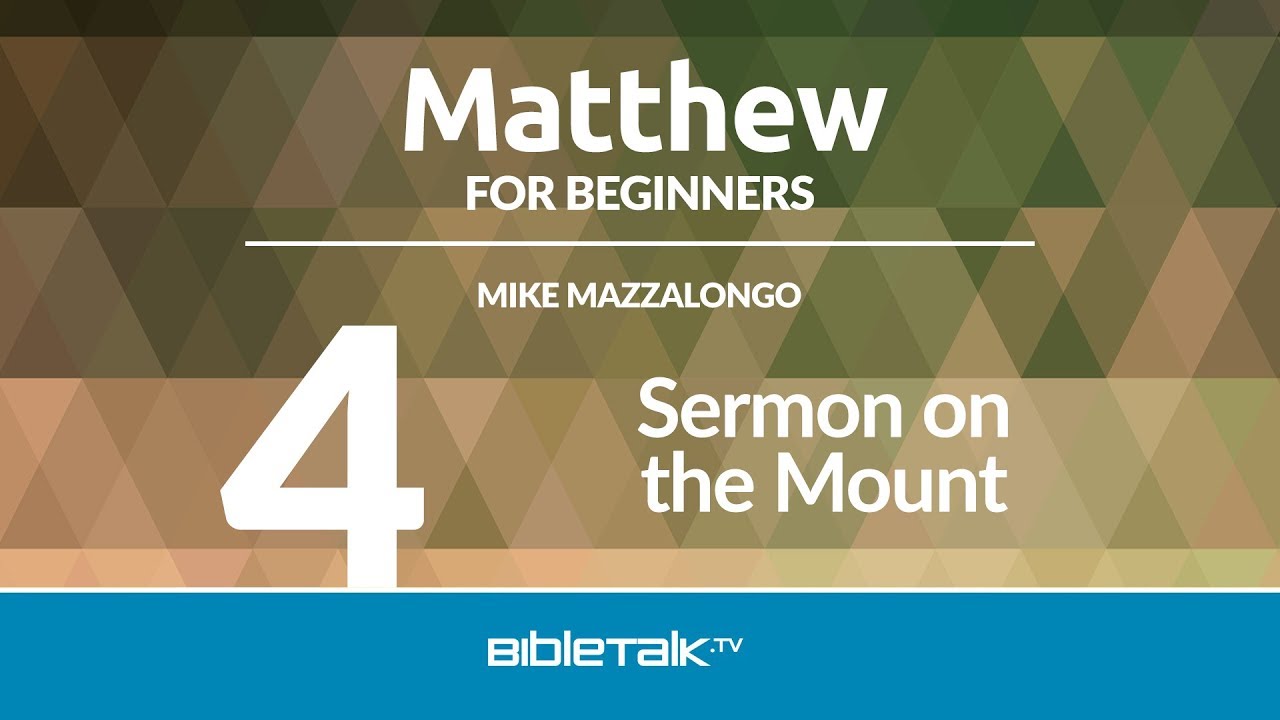 In this lesson we review the five main topics discussed by Jesus in His Sermon on the Mount. (Matthew 5:1-7:29)
Prime   41 min 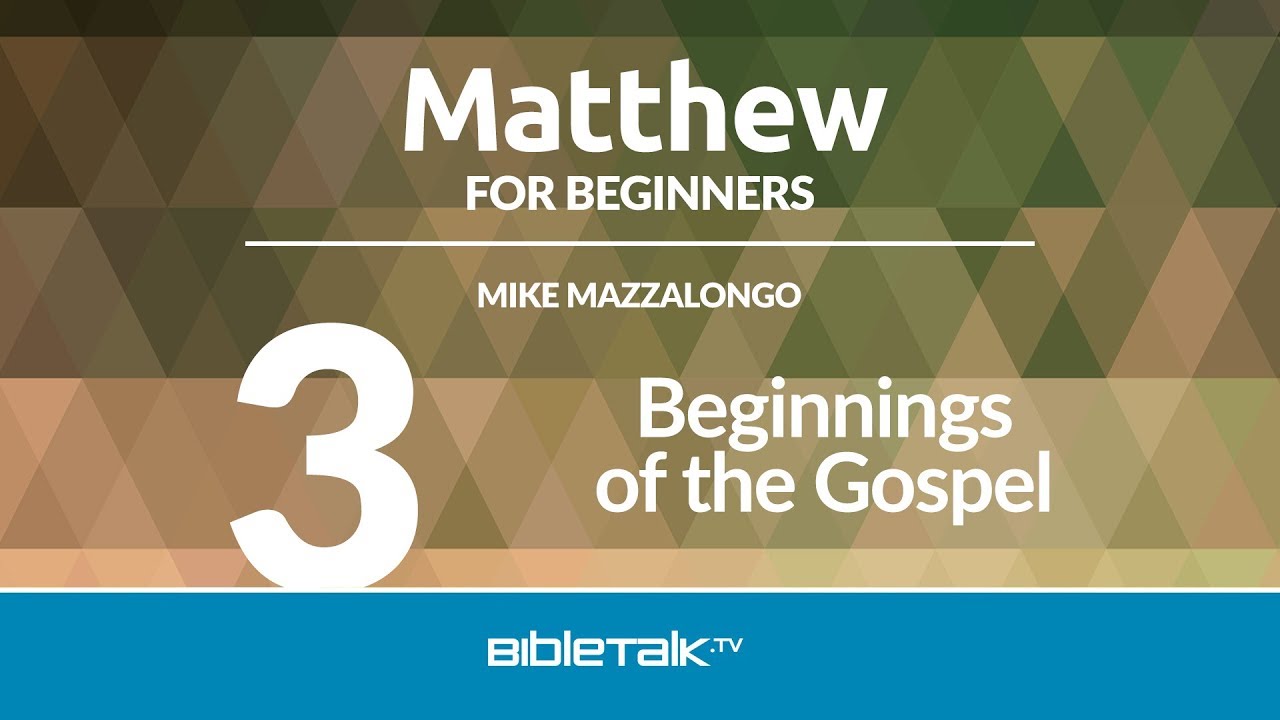 This lesson begins the comments and explanations of the material that Matthew lists in his opening narrative which include Jesus' genealogy, birth, escape to Egypt and return to Nazareth. (Matthew 1:1-4:23)
Prime   39 min 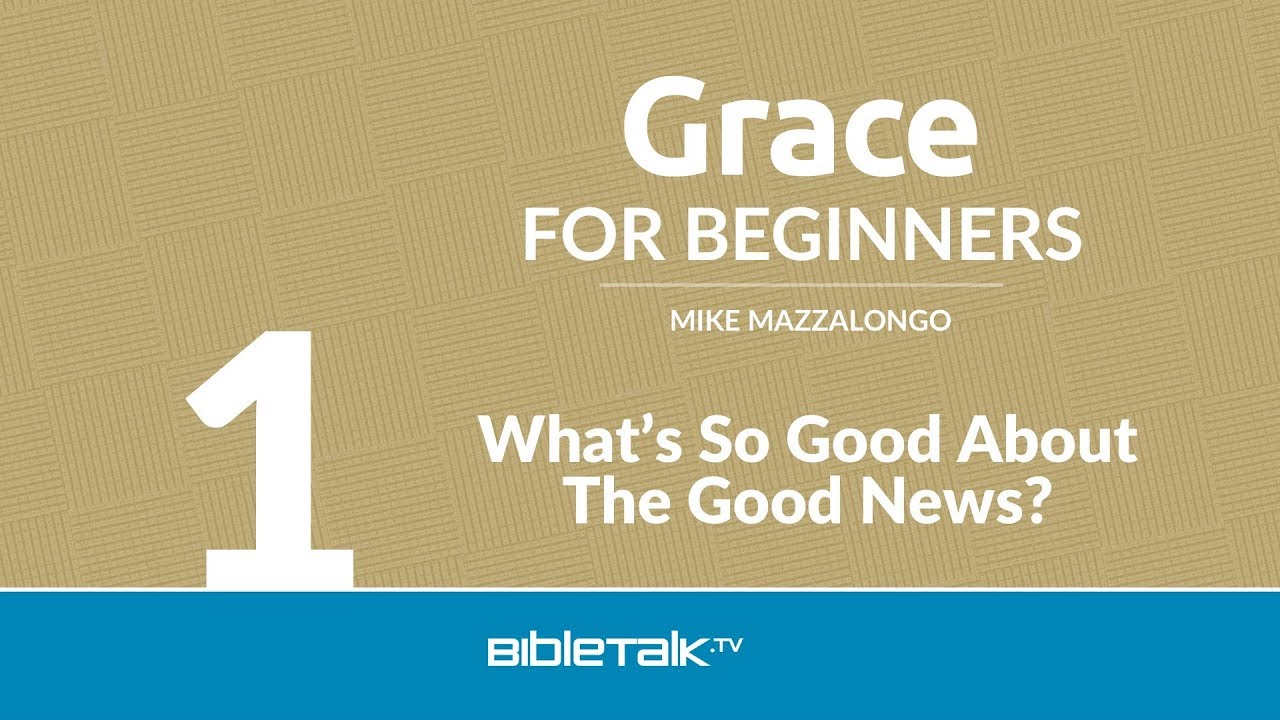 This lesson will examine the mistaken ideas that many have concerning the concept of grace as well as the core reason why the "Good News" is truly good.
Prime   40 min 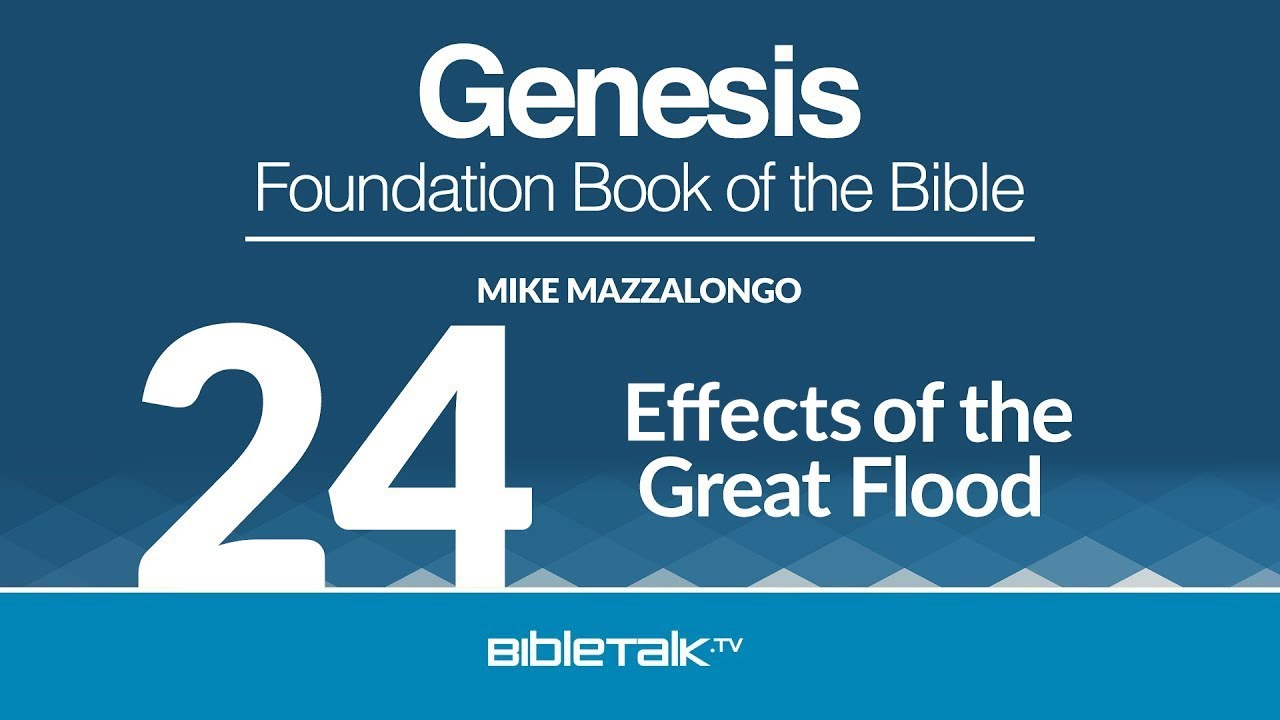 The book of Genesis records the extent of the damage caused by the worldwide flood and the changes that resulted from this cataclysmic event. (Genesis 8:1-9:6)
Prime   38 min 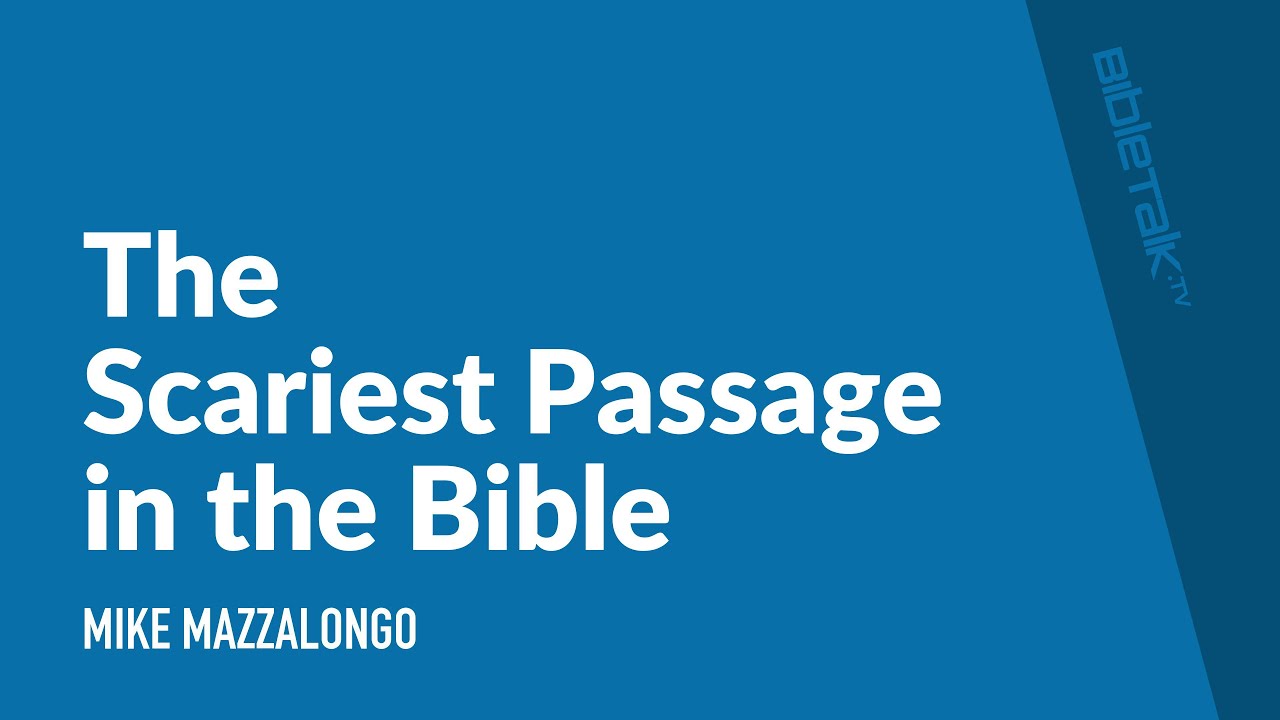 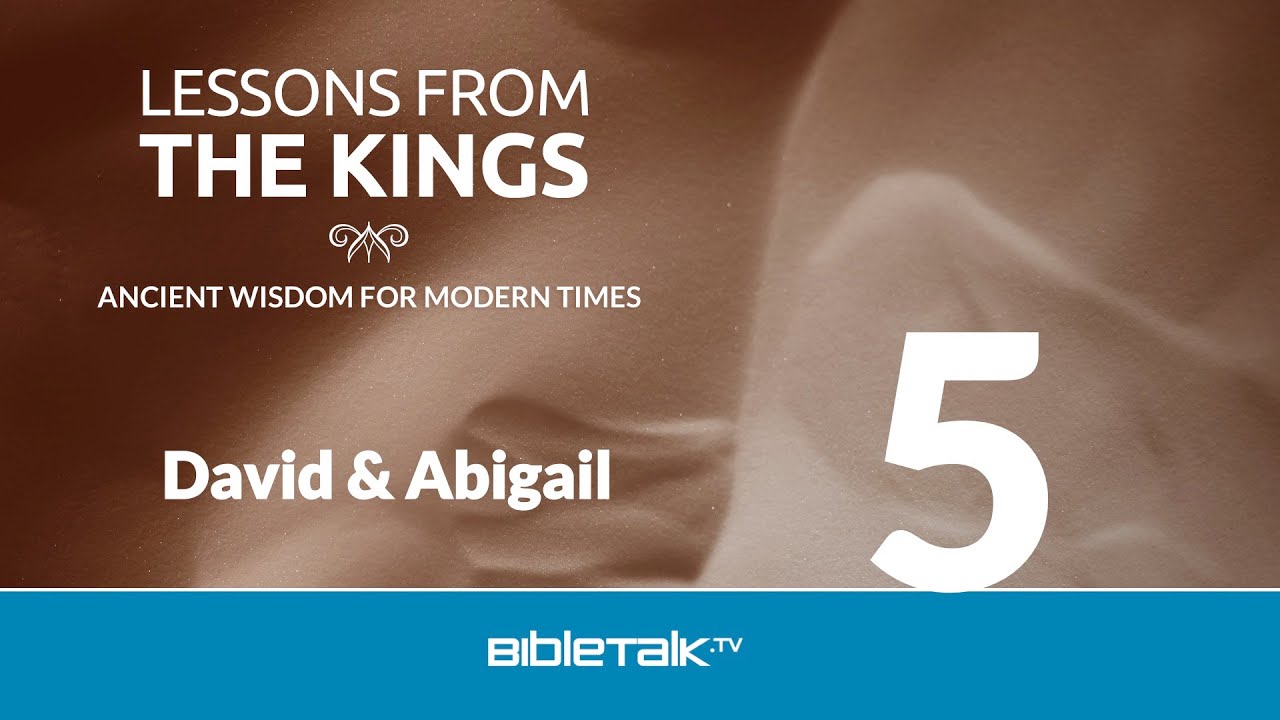 The story of David's relationship with Abigail highlights a time when he nearly ruined his potential reign as king and reveals the character of one of the Bible's most remarkable women. (I Samuel 25:1-42)
Prime   38 min 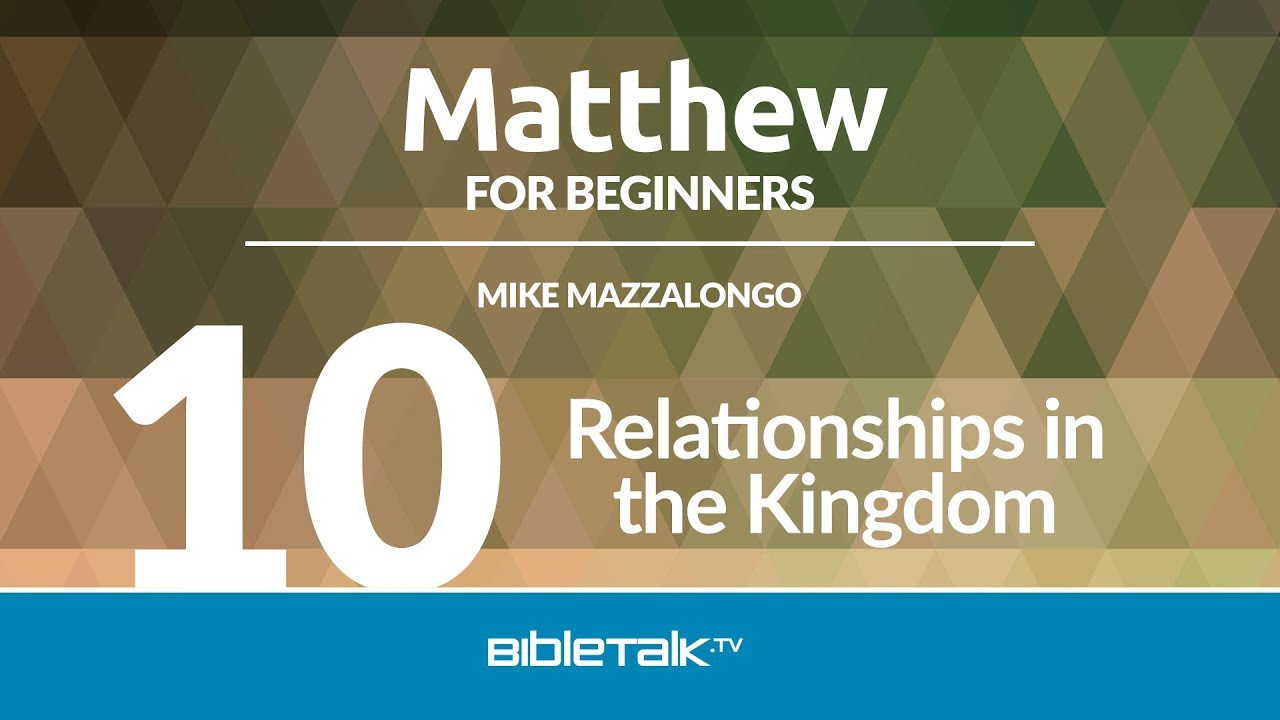 In this passage Jesus will explain the nature of relationships that people have in the Kingdom and how to repair them when they are broken. (Matthew 18:1-35)
Prime   40 min
Want to be notified whenever new material is added?
Subscribe by Email
Help us continue producing
more biblical content.
Support this Ministry
Excellent resources for Bible class teachers, preachers and students.