Class by:
Mike Mazzalongo
A kick-off discussion session where participants share their thoughts on what is necessary to promote church growth.
May, 2014
12:59
8 minute read 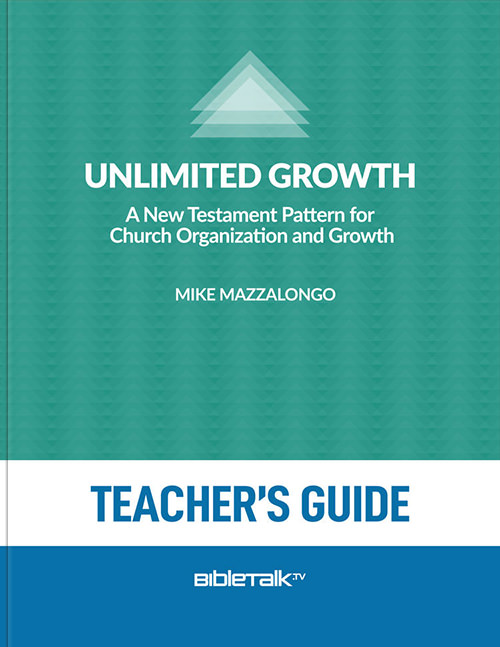 Filmed April 2014 at the Hartford Ave. Church of Christ in Ponca City, Oklahoma.

So we're going to do it in two stages. Stap one, I want you to write down what you believe to be the answer to these questions. Don't discuss it with your seatmates, the people at your table, just write down what is your opinion not your church's opinion, not what the elders think, what is your opinion? And after you've written those questions down, I'll tell you it's time to start discussion. I want you to then share your opinion that you've written down with the people at your table.

Alright, we're going to start kind of getting some feedback, so if you can stop the discussion among yourselves and maybe kind of come back to be here. We'll start getting a little feedback from the different tables, different individuals, see what you had to say. Okay, question number one was: In your opinion, what are two major reasons why the church or your church is not growing?

Mike: Have any ideas from you guys?

Audience: Couple things kept coming up, one was there is a lot having to do with what we think is the culture. Our society is really working against that. And then number two was just a lack of personal or every member really sensing their obligation to be involved in helping the church to grow.

Mike: Ok, anyone else have some ideas about that?

Audience: One of the things that we said is people are just not interested in church growth.

Audience: All of the people; people outside, people in the church or just it doesn't seem to be any interest and besides that people are basically just not willing to do what it takes to grow.

Mike: OK, alright, how about back over here, this troublemaker table, see what they came up with.

Audience: Yeah we need more involvement of all members.

Mike: So the reason that the church is not growing is because all members are not involved is that saying it in the reverse?

Audience: It's just as much a responsibility for you as it is for me or somebody else.

Mike: OK, fair enough. Anything else from you guys?

Audience: We put down here, we need more information to be able to be put out to the general public as to who we are and why we are here.

Mike: Yes somebody mentioned brand, Bud and I were talking before and we were kind of discussing this idea and the idea's...we have such a good thing, we're like the best kept secret in in America as far as religion is concerned. The big religions with all their fancy theologians and their big think tanks and everything, what do you think that they're coming up with as the solution to their problem? Well, they say we need to simplify, we need to go back to the Bible, we need to cut out stuff that we've been doing for two centuries, they're coming around to this idea, so we've got a marvelous idea, we've got a terrific approach, it's just that nobody knows about it. A lot of times not even our own members know about it, so yes, absolutely, well said.

Let's move to question number, anybody else would really like to share on this first two major reasons why the church or this church isn't growing somebody else want to share on that?

Audience: We think that we ought to keep our congregation in the eye of the public as much as we can, every day, not just once in a while when we're going to have a meeting or something that we advertise the congregation.

Mike: Right, okay, sure. Everyday involvement. OK, someone else?

Audience: There are two things that came up in our group. One is it's not my job, it's not my responsibility, we pay people to do that. And the other thing is we kind of lost our identity with the uniqueness of the Gospel message, we've allowed ourselves to be blended in with the denominational world and we haven't come out of that yet and once you realize you've got something special and unique, you want to share that and we've lost that unique feeling.

Mike: Terrific. That's a good point. That's a great segue because my next lesson here, the first session we're going to do, is going to talk about that. Let's move on a question number two, who do you think is most responsible for church growth and why? -

Audience: I think the right answer would be me, and why is that we need to be out in the world seeking others.

Audience: Well, I said why is because you need to seek others who are lost. I guess I left that part off.

Mike: OK, anyone else have a why?

Mike: Alright, let's talk about number three. If you had the authority and resources to change or help the church to grow, what three things would you do?

Audience: We came up with an idea, we think we should get a hold of a high school and have Phil Robertson come to the stadium that would get just about everybody in town in front of somebody from the church.

Mike: Alright you'll have to get in line on that one, of course, but exactly we have to exploit the resources that we do have. Absolutely. Good idea. I mean why not? Even if you do have to get in line right? Even if he said, "well you know I'm free but next April." OK, so what? Next April you've got something to look forward to. OK, if you had the authority and resources to do something to help the church grow, what would you do? Somebody else, another idea?

Audience: We had to have an open forum about Biblical authority.

Mike: About Biblical authority. Okay, back there.

Mike: Hey, I mean people are spending a lot of money to sell soap right? Or to advertise I don't know whatever bars and other things sandwiches, to sell sandwiches, why wouldn't we pull our resources to not sell, but to promote and to expose the community to the Gospel? We're going to talk about that a lot in this seminar. OK, someone else, one more over here.

Audience: One of the things we thought about was making a variety of resources available. I mean we were talking about this is a resource. We're talking about, we started talking, how many of us remember the Jules Miller filmstrips series and how many people that brought to Christ? That, it died off. We quit using it, but other people could probably still use that same medium. So using a multitude of methods and medium.

Mike: Right and one of the reasons why they stopped using that particular film strip, I mean the content was great, but eventually they became dated, nobody uses filmstrips anymore and the people who were in those strips, they had "zoot suits" on and the lapels that went all the way out to here. It was the fifties. It was great, the content was great, but they never kind of updated the content and I might even put a little plugin for BibleTalk.tv. BibleTalk.tv, that's today, that's the internet, that's what people do with the Christianity for Beginners, they use it like the Jewel Miller film strip. They pop the DVD in and hold the remote in their hand and they watch the first lesson and wait for questions and some say, "Wait I have a question." They just pause it, "Go ahead, ask your question" and so that's how modern technology today, modern resources, does exactly the same thing, sharing the gospel with someone using a piece of equipment or technology that enables you to to teach even if you yourself don't have that skill you can still find something or someone to help you. Okay anybody else? One more over here.

Audience: We talked a little bit about the joy bus program that we used to have here in our community. That served our purposes very well. It appears that if you bring the children in, the parents will follow when they notice a difference in their children and so we thought that might be another area that we could look at here as a congregation.

We're going to talk about those percentages as we go along. OK, well we just wanted to kind of get the blood flowing a little bit and get the sandwiches digested. We're going to take a three-minute break in case you want to go fill up with some water or use the restroom and then we're going to actually begin our first session, our teaching session, about three to four minutes. So take the break, do what you need to do and we'll start our session for tonight after.

church growthchurch of christchurch growth seminar
Help keep our materials free and allow us to produce more biblical content.
Support this Ministry
Want to be notified whenever new material is added?
Subscribe by Email
Mike's lessons are always a blessing ... thank you Mike!