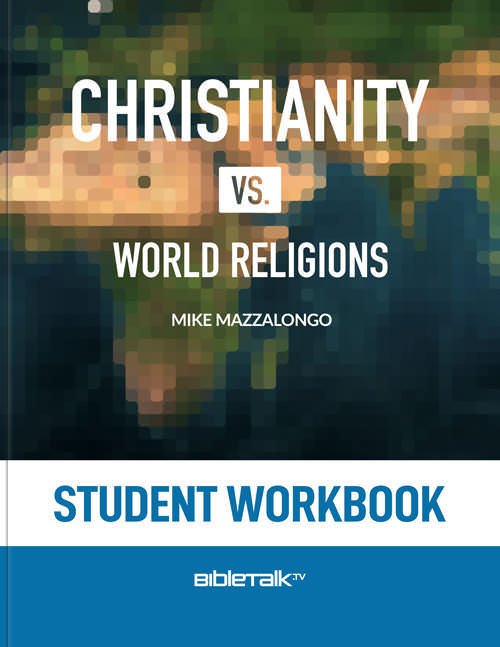 We have completed our review of the religions in the Near Eastern group which are usually the most familiar ones for those living in the West. Of those, Judaism is the oldest and we can easily see the influence that it has had on the others. The connection with Christianity is well known to us and we have discussed this already. We also note traces of Jewish influence in the ideas of Zoroaster (monotheism, righteous God and deeds, angel Gabriel, etc.). Jewish ideas are also seen in the Muslim religion especially Islam's notion of God (monotheistic). Islam even appropriates Judaism's drift into the legalism of the Pharisees of Jesus' day with their emphasis on a "works" approach to salvation which Jesus condemned.

Once we begin our study of the Eastern group of religions, however, we leave the familiar ideas of ancient Judaism and enter a world of truly foreign ideas.

The word Hindu comes from the original word for the country of India. It means one who comes from India. Since the religion is so fundamental to that geographic area, the people and the religion often carry the same name. However, in modern usage the term Hindu and Hinduism refer to religion and not the nation.

Hinduism is the oldest "organized" religion in the world still in existence today. It is complex and dates back to a period around 1500-2000 BC (i.e. Judaism - 1400 BC). It is a religion that is confined almost exclusively to India and finds its roots in the social, geographical and primitive religions of this country.

There is no one founder of Hinduism, it evolved as the thinking, practices and influences of its geography and society affected the people of that region and their reaction to it in both physical and spiritual ways. It began as a nature religion similar to those we looked at when reviewing primitive religions.

The formulation of the Hindu religion began as a "priesthood" arose to serve as the mediators of the natural and supernatural elements worshiped by the people. This rise of a special class of individuals gave birth to a stratification of their social system which continues to exist to this day, and which is the most important element of the religion and the society in which it is practiced.

With time there developed four stratas or castes within Indian society:

These four castes are divided into thousands of substructures but several things remain sure:

Many ask why this system has continued into the modern era. The answer is that the continued practice of the Hindu religion is the major reason why this social stratification remains.

Brahma, a pure spirit and ultimate life power of the universe. Brahma does not have personality or being. Hindus do not pray to Brahma. Brahma gives life to lesser gods who in turn create and operate in the world.

Moksha (merging). This is the objective of all life and the Hindu concept of salvation. Moksha is when the soul of man "merges" or becomes one with Brahma. The result is freedom from this world and unconscious oblivion.

Moksha is accomplished in various ways:

Several works have been developed over the centuries. Hinduism does not rest its authority on divine revelation.

India, however it influenced religions that sprang from it to other countries (i.e. Buddhism).

Reincarnation is a basic belief of Hinduism. It is the concept that the soul continues to migrate through the creation until it reaches moksha. One could reincarnate as someone in another caste (craftsman or priest) or go down to the out caste (for bad karma). This reincarnation happens until moksha takes place. This is why Hindus do not change the system, because to do so is futile, it will not help in the attainment of moksha. According to the Hindu religion cows are sacred because they represent the final step before reaching moksha. To kill one would be to deny a soul entering moksha.

The "dot" on women's foreheads is called a "bindi." It is usually red in color and normally worn by married women. It is placed on the forehead between the eyebrows because Hindus believe that this is the focal point for wisdom and where the body's energy is concentrated.

The Hindu greeting is called the "namaste." The word means to greet. It is a non-verbal way to say good day as well as a non-contact form of greeting. When the hands are put to the forehead it is a gesture of worship. In the Hindu religion the namaste is a way of saying "the spirit in me respects the spirit in you". Usually, the younger person initiates this gesture before an older person as a sign of respect.