BibleTalk.tv »Sermons »The Gospel / Jesus
33 of 38
Print Save for later

By: Mike Mazzalongo
December, 2018
In this sermon, Mike breaks down the difference between indoctrination and conversion.
25 min
Watch
YouTube Prime Vimeo Faithlife TV
Download
Video (1080p) Video (720p) Audio (.mp3) Slides
Download Video
To download more sizes of video or even the captions for this lesson, go to Vimeo and look for the download button.

When this happens we scratch our heads and wonder how so-and-so, who used to be so faithful could just stop coming.

These may all be true, but sometimes I think the reason is that the person was "indoctrinated" but never really "converted".

A person is indoctrinated when he/she is taught to think a certain way and to respond in a certain manner. Indoctrination isn't a bad thing. It's what Solomon is talking about when he says, "Train up a child in the way he should go, even when he is old, he will not depart from it." Proverbs 22:6 Indoctrination is drill, practice, training in a set of ideas, principles that will guide your thinking, your speech and your conduct.

The only problem with indoctrination is that it is no substitute for conversion - only a preparation for it. Conversion, on the other hand, means to change. There is no drill or memory or work in conversion, it happens only once, and once it happens you know.

In the church, some people are well indoctrinated:

But when they are challenged by temptation, adversity or a call to deeper commitment, they fall away because they were well indoctrinated but never really converted. Conversion is a process and in this process there are four areas in a person that need to change for total conversion to happen.

You could say that during this lesson this morning you are being indoctrinated in the way that a person is totally converted to Christ. Total conversion requires conversion in 4 areas.

I know that there are 200 million communists in Russia but I don't believe that they are correct in their understanding. Conversion to Christianity requires the head to change what it believes. Conversion requires that we believe:

They say the longest distance in the world is the distance between the head and the heart. Many believe but they never allow what they believe to enter and convert their hearts. The heart represents the seat of the emotions and the emotions need converting because they are at the core of who we really are.

Paul the Apostle was a great example of a person whose head and heart were converted by Christ. As a Pharisee he has been indoctrinated in the Law and Jewish traditions. He had an opinion about God and who Jesus was - a very zealous opinion which led him to persecute Christians. When he heard the gospel, he changed his mind about Jesus and who He was (head change) and gave his life to serving Him (heart change).

Jesus said, "Where your heart is, there will your treasure be also." Matthew 6:21

A change of mind and heart is usually made evident by a change in one's calendar. At first the changes are small and obvious - Sundays, Wednesdays for church. But then we see ourselves circling time each day for prayer and Bible reading.

As the conversion process continues we find that we have less time for ourselves, less time for worldly selfish pleasure, less time to advance our wealth and position in this world. For some, the realization that we're losing control of our calendar as Christ begins to dominate our time, sends a feeling of panic through our souls.

What they don't realize is that they may be getting ahead in this world by using up God's time but they do it at the expense of their own spiritual lives. We may end up making a little more money or getting a better grade on a test, but in sacrificing our spiritual life to do it we lose whatever benefit we may have received from God during that time. We also clearly demonstrate to others, to the church, and to the Lord Himself what our true priorities are.

Others accept the shift from a worldly based schedule to a kingdom based schedule and the peace of mind and security that this brings. Time is precious because it measures our life, to convert our calendar to Christ is, in essence, to give Him our lives.

It is said that when Constantine, the emperor of Rome was converted to Christianity, he ordered all of his armies to be baptized in order to follow his lead. When his men were immersed in the water, they allowed themselves to go under but held their swords above the water to signify that their weapons would still be in their control. Many people today do the same thing when they are baptized except that they hold their wallets out above the water.

Letting Christ control our minds, hearts and time is one thing - but money, we like to be the ones who control that. The Jews were taught early by God that 100% of what they owned belonged to Him and He allowed them to keep up to 90% of it if they honored Him with the first 10%.

We mistakenly think that we own our stuff, we control our money and we give God a small token of our stuff to say thank you. But 3,500 years from the time God originally taught this idea to Moses and the Jews - the principle remains the same.

The cash conversion in our lives is not really about money - it's about using money to show that we no longer trust money to sustain us, we trust God to sustain us. As my "giving" increases what really increases is that my faith and trust resides in God and not my bank balance.

The reason for the teaching, the preaching, the lessons, the "indoctrination" is not just that we know a lot about religious stuff - the purpose of indoctrination is conversion. And conversion or change must work in 4 areas if it is to be complete:

Most of you here today have been indoctrinated but have you been converted? Some may need to begin the process by honest Bible study or being baptized. Others may be stuck in the middle of the process, refusing to change your heart, calendar or wallets. These people need to pray to Jesus to help them give up and allow Him to take over certain areas of their lives.

Ask yourselves today, "What part of me has not yet been converted?" 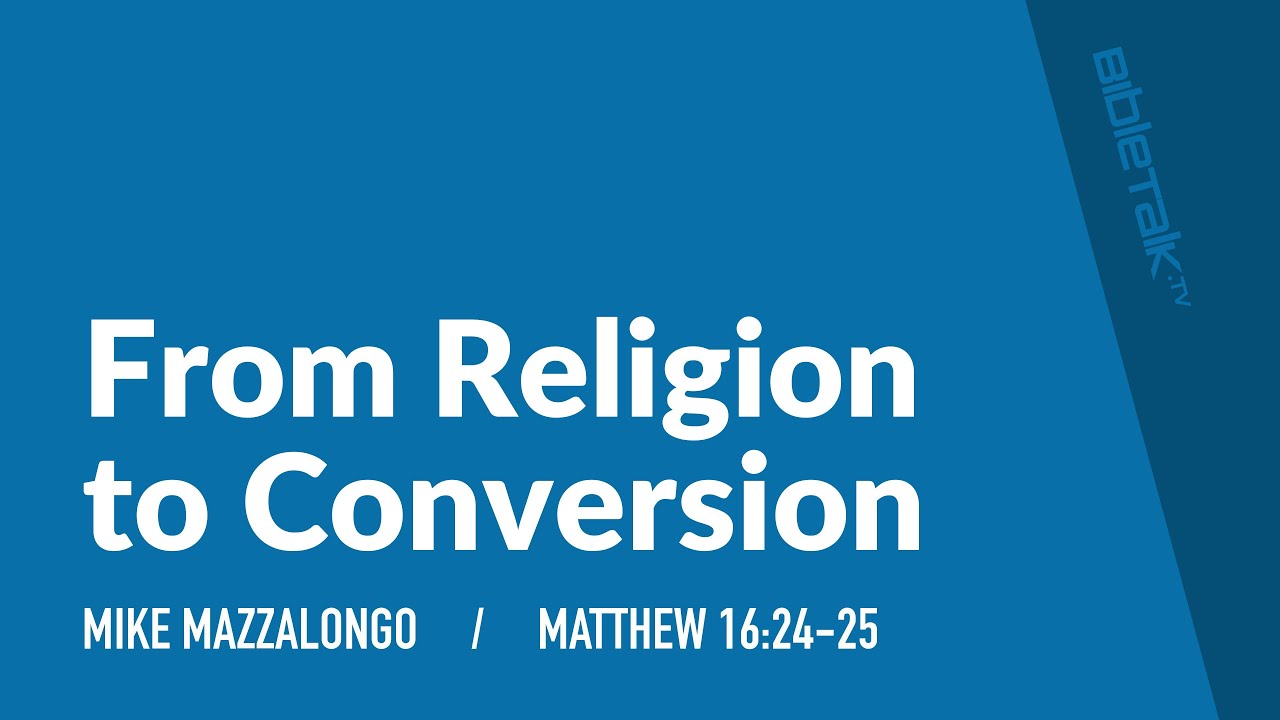 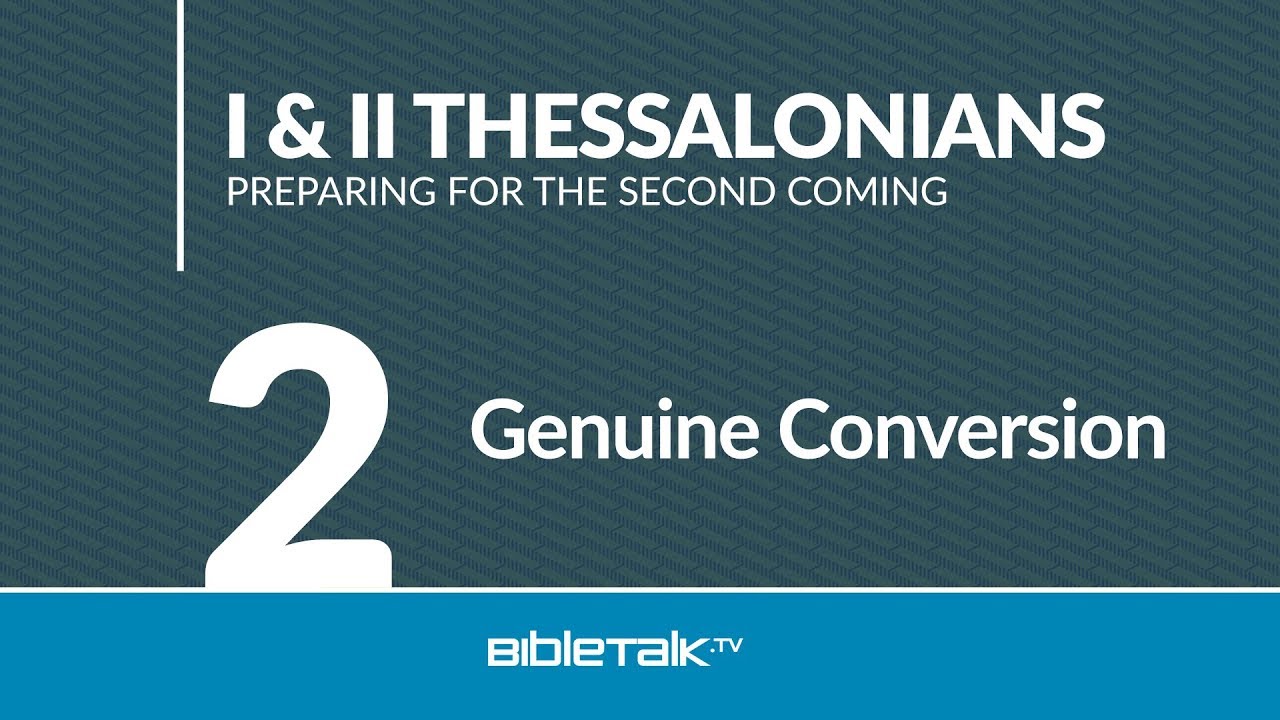 In the opening section of his letter Paul, the Apostle, describes the attributes that reveal a genuine conversion to Christ. (I Thessalonians 1:1-10)
Prime   34 min

The Advantage of Adult Conversion

As a Christian parent, my prayer has always been that my children come to Christ as soon as possible. This they have all done and I am thankful, but as I review my own journey of faith, I recognize that there are certain advantages for those (such as myself) who were converted as adults:
1m 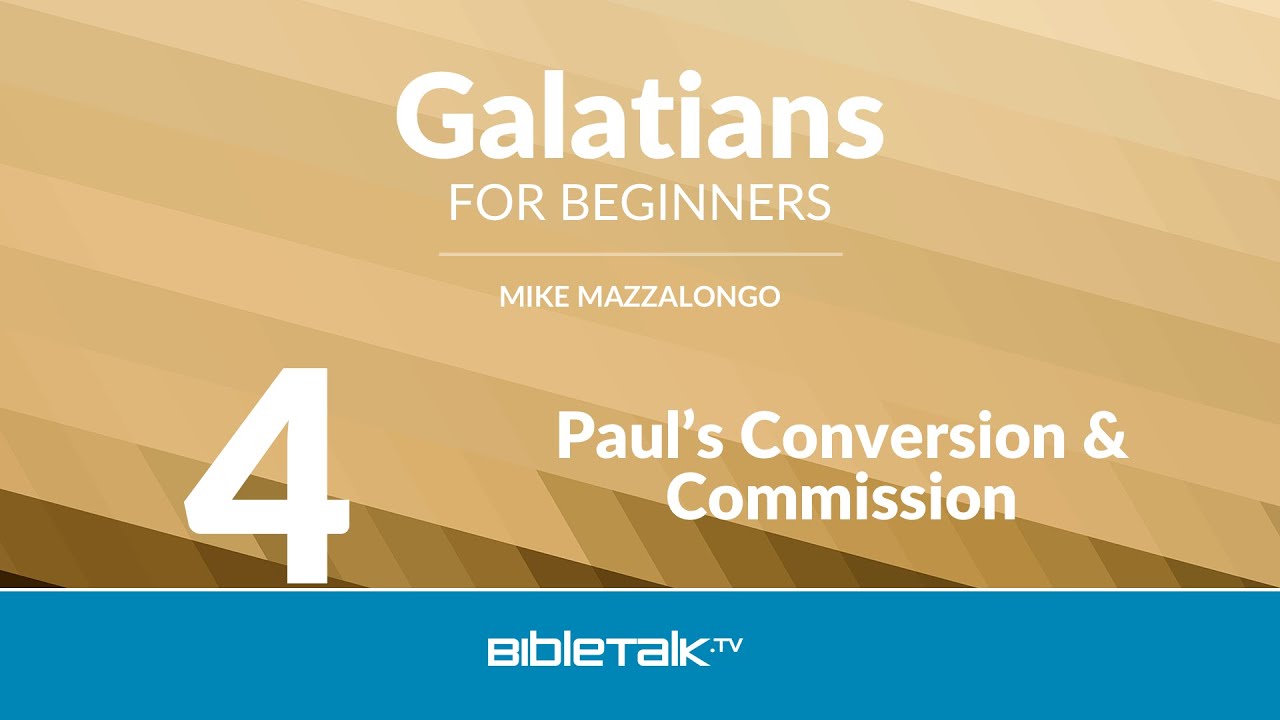 Paul continues to describe his own conversion to Christianity from Judaism and his early contact with the Apostles at Jerusalem as a way of establishing his legitimacy as a teacher and Apostle. (Galatians 1:10–2:10)
Prime   33 min 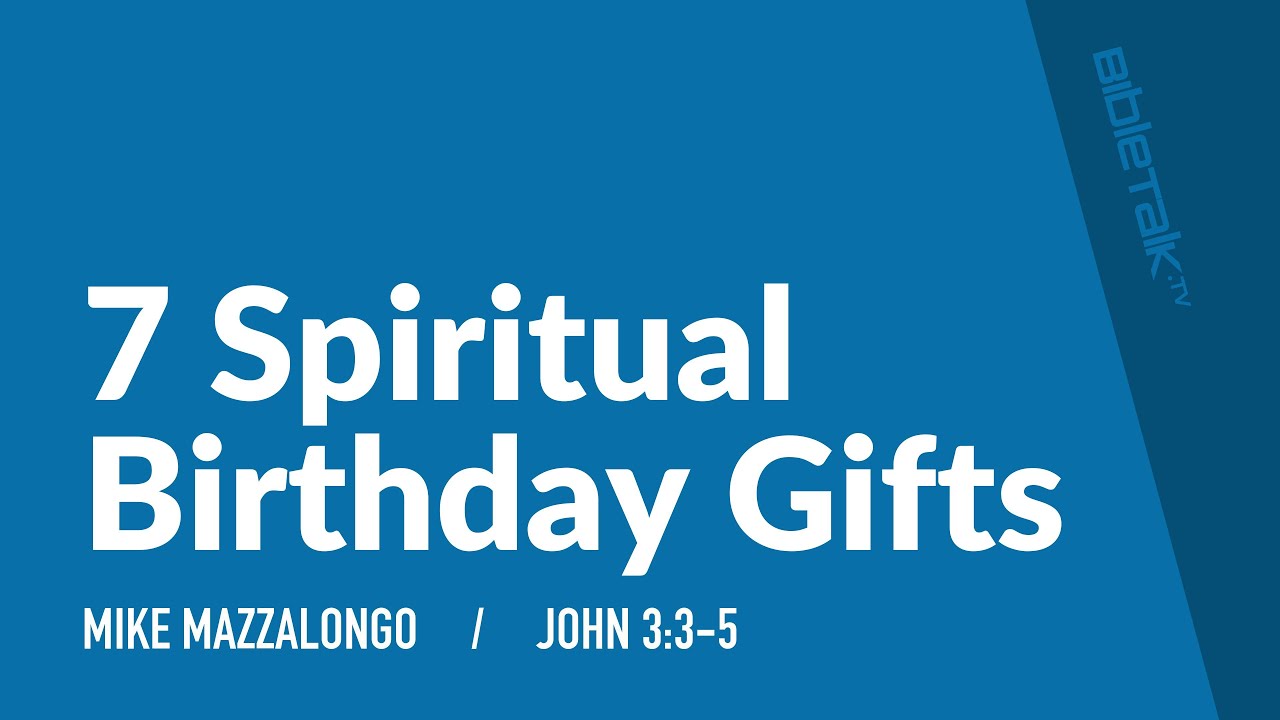 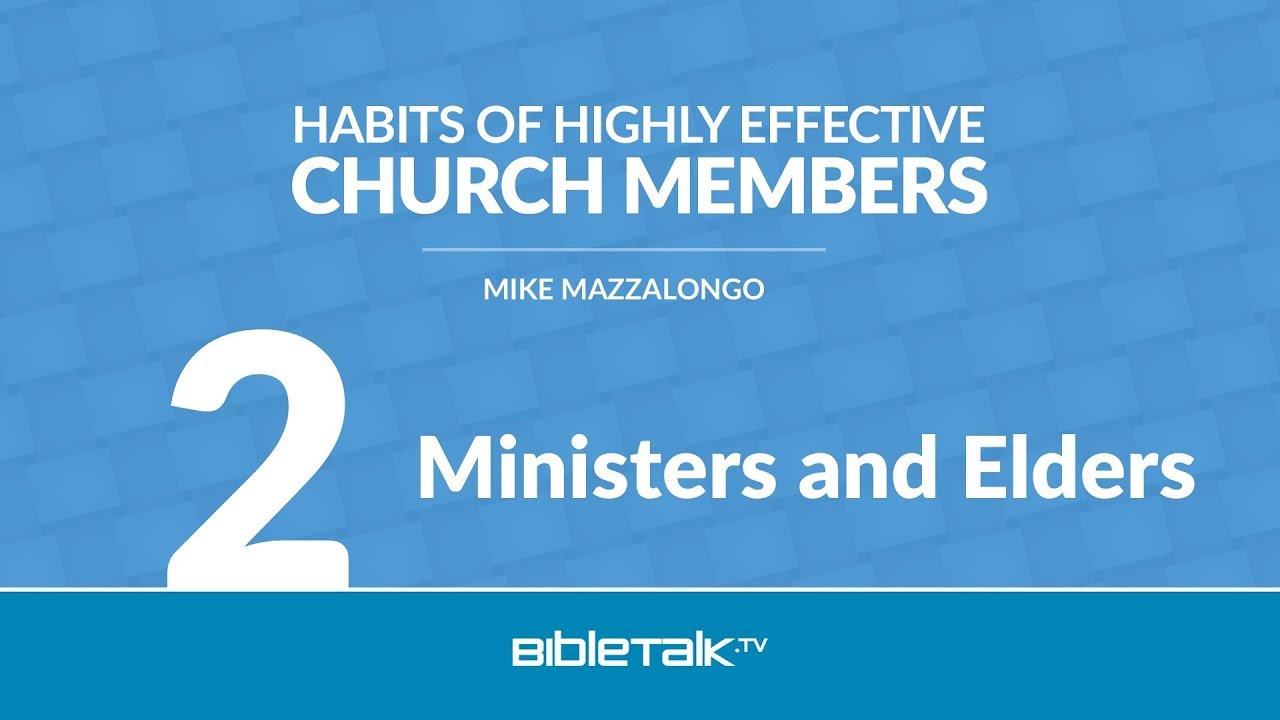 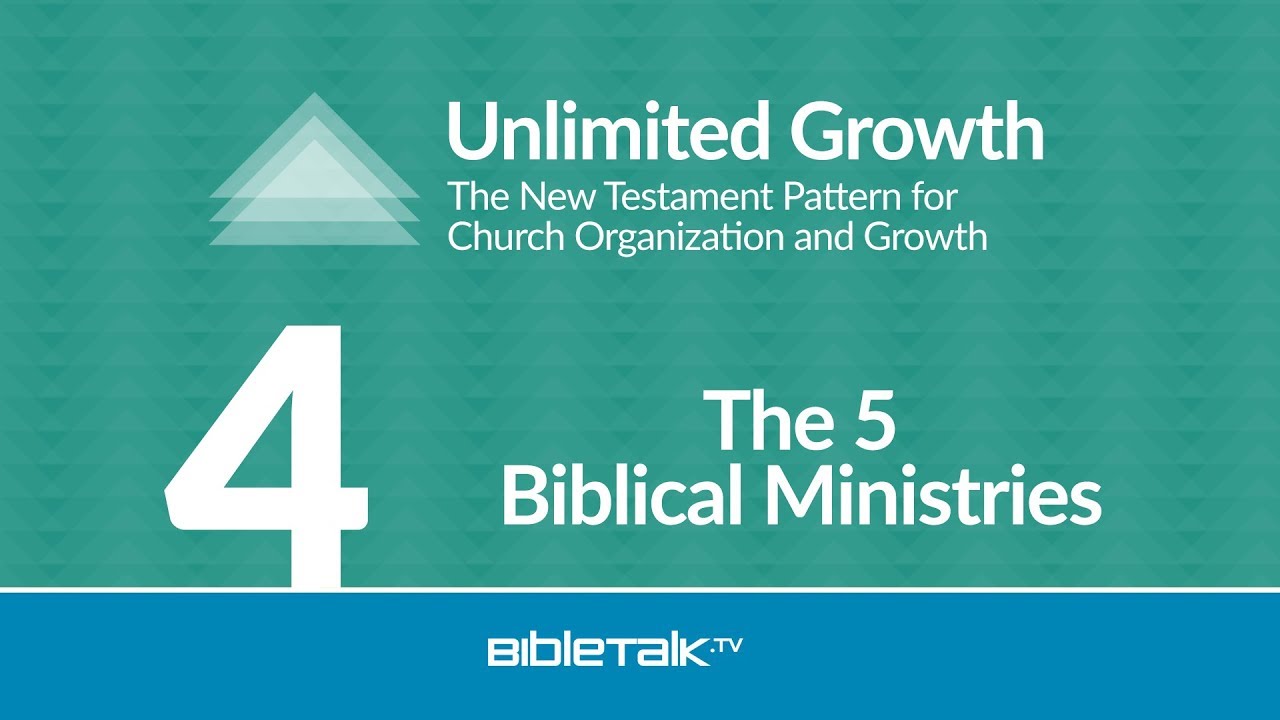 An in-depth study of Acts chapter 2 where Luke clearly explains the Biblical ministry system and how ministry and growth are interrelated.
Prime   42 min 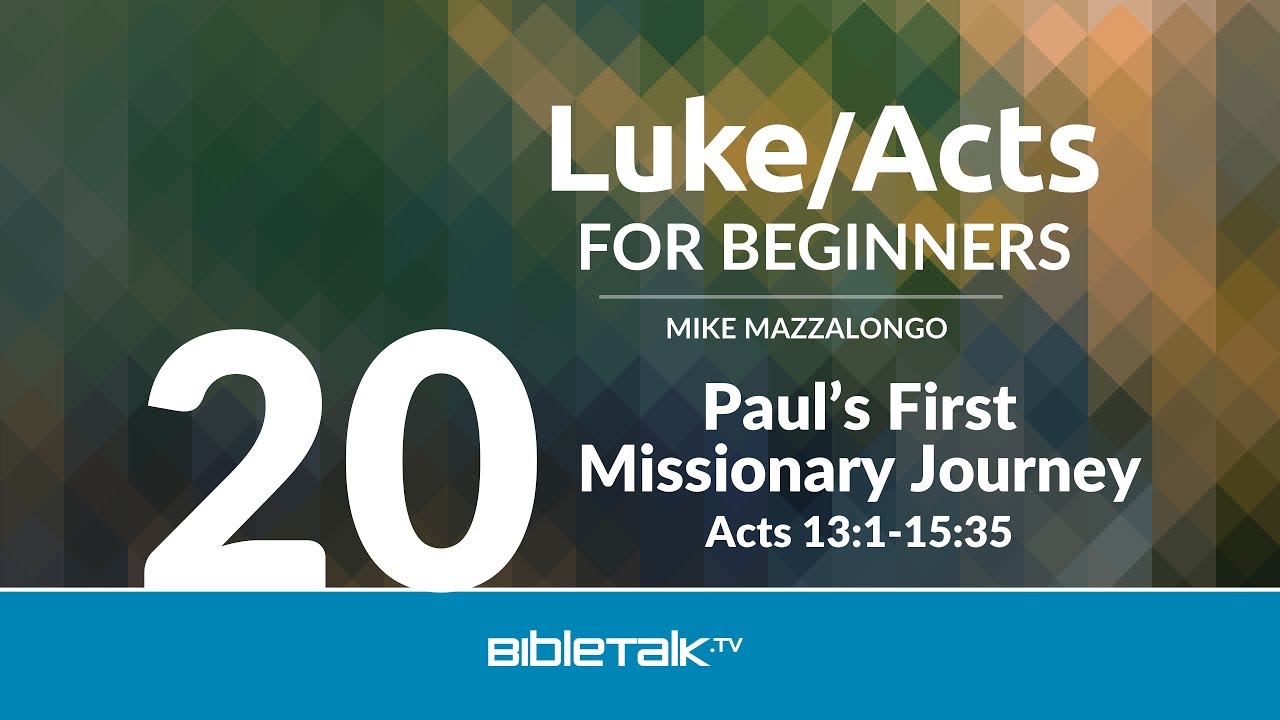 Mike traces out the beginning and completion of Paul's first missionary journey with the many interesting and challenging stops along the way. (Acts 13:1-15:35)
Prime   41 min 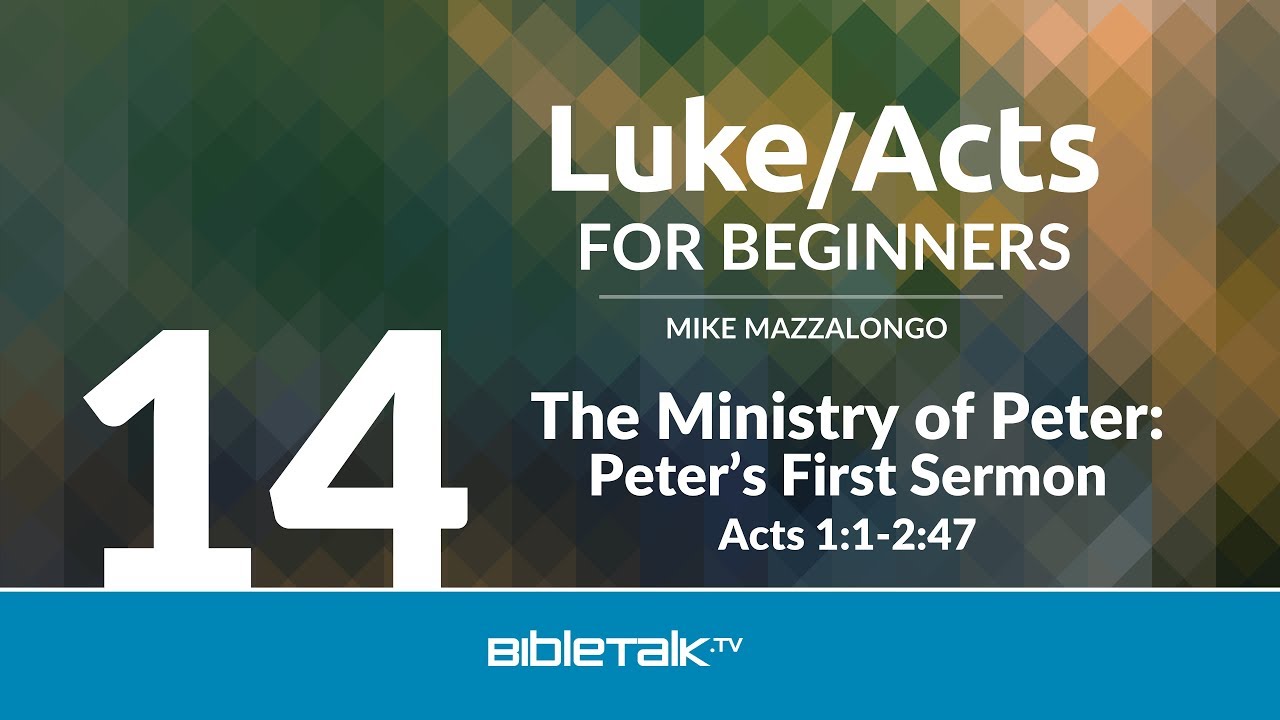 In the first lesson of Acts, Mike explains the difference between the empowering and the indwelling of the Holy Spirit. The class will also review the events surrounding the day of Pentecost and begin to follow the ministry of Peter the Apostle. (Acts 1:1-2:47)
Prime   48 min
Want to be notified whenever new material is added?
Subscribe by Email
Help us continue producing
more biblical content.
Support this Ministry
The last few weeks I have looked at BibleTalk.tv each morning. Thank you for helping my faith. I am encouraged to walk in the light even more through your subject matter.