Parable of the Bridesmaids and Talents

Class by:
Mike Mazzalongo
The parable of the Bridesmaids or Foolish Virgins and the one that follows it, the parable of the Talents are both looking forward to the time when the kingdom on earth will be examined and purged.
Matthew 25:1-13; 14-30
January, 2017
39:22
9 minute read 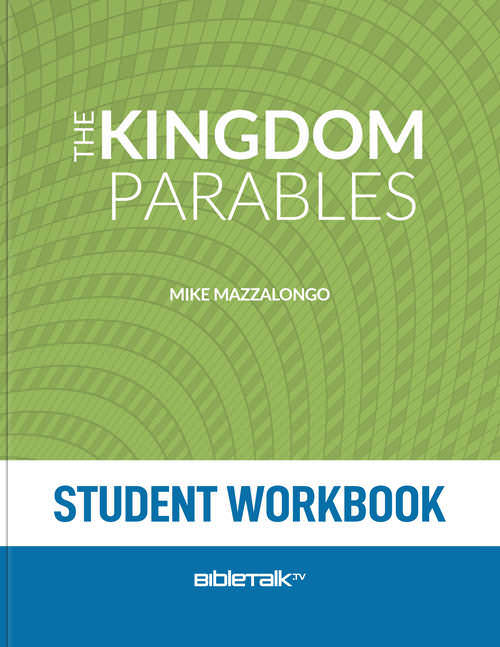 Parable of the Bridesmaids

Then the kingdom of heaven will be comparable to ten virgins, who took their lamps and went out to meet the bridegroom. Five of them were foolish, and five were prudent. For when the foolish took their lamps, they took no oil with them, but the prudent took oil in flasks along with their lamps. Now while the bridegroom was delaying, they all got drowsy and began to sleep. But at midnight there was a shout, 'Behold, the bridegroom! Come out to meet him.' Then all those virgins rose and trimmed their lamps. The foolish said to the prudent, 'Give us some of your oil, for our lamps are going out.' But the prudent answered, 'No, there will not be enough for us and you too; go instead to the dealers and buy some for yourselves.' And while they were going away to make the purchase, the bridegroom came, and those who were ready went in with him to the wedding feast; and the door was shut. Later the other virgins also came, saying, 'Lord, lord, open up for us.' But he answered, 'Truly I say to you, I do not know you.'
- Matthew 25:1-12

There were three stages to Jewish weddings.

Jesus describes a group of young girls who would be part of this kind of procession, and as part of it would light the way and ultimately go into the groom's home to celebrate the wedding. There is a delay in the bridegroom's coming and all fall asleep, but suddenly an advance person appears to alert them that the procession is coming.

Some of the maids did not bring enough oil to restart their lamps or torches for the final joyful procession. These try to borrow oil from the others but are refused and told to go out in order to find some at the last minute. The maids who are ready with their lamps are eventually brought along to the feast, and when all are present the door is closed to guard against any uninvited persons entering the house. The other maids arrive later and are not only denied entry, they are not even recognized by the groom.

The Story Behind the Story

Before speaking this parable Jesus prophesied about the eventual destruction of Jerusalem. With this parable He makes a reference to the end of the Jewish nation as well as the end of the world when He will return. Remember that parables were directed at those in the kingdom, so this is a warning and teaching for those who are already believers. He is saying that if they are in the kingdom there are things they have to watch out for:

The parable of the bridesmaids is an encouragement to those in the kingdom to be patient while they wait for the Lord: and for others who are in the kingdom but are running out of oil (running out of God's grace because of neglect, unfaithfulness, laziness, sin, etc.) to be careful that they do not get caught dry when He comes.

Parable of the Talents

"For it is just like a man about to go on a journey, who called his own slaves and entrusted his possessions to them. To one he gave five talents, to another, two, and to another, one, each according to his own ability; and he went on his journey. Immediately the one who had received the five talents went and traded with them, and gained five more talents. In the same manner the one who had received the two talents gained two more. But he who received the one talent went away, and dug a hole in the ground and hid his master's money.

"Now after a long time the master of those slaves came and settled accounts with them. The one who had received the five talents came up and brought five more talents, saying, 'Master, you entrusted five talents to me. See, I have gained five more talents.' His master said to him, 'Well done, good and faithful slave. You were faithful with a few things, I will put you in charge of many things; enter into the joy of your master.'

"Also the one who had received the two talents came up and said, 'Master, you entrusted two talents to me. See, I have gained two more talents.' His master said to him, 'Well done, good and faithful slave. You were faithful with a few things, I will put you in charge of many things; enter into the joy of your master.'
"And the one also who had received the one talent came up and said, 'Master, I knew you to be a hard man, reaping where you did not sow and gathering where you scattered no seed. And I was afraid, and went away and hid your talent in the ground. See, you have what is yours.'

"But his master answered and said to him, 'You wicked, lazy slave, you knew that I reap where I did not sow and gather where I scattered no seed. Then you ought to have put my money in the bank, and on my arrival I would have received my money back with interest. Therefore take away the talent from him, and give it to the one who has the ten talents.'

"For to everyone who has, more shall be given, and he will have an abundance; but from the one who does not have, even what he does have shall be taken away. Throw out the worthless slave into the outer darkness; in that place there will be weeping and gnashing of teeth.
- Matthew 25:14-30

The story here is fairly straightforward and easily understood by any culture or generation. A wealthy master entrusts a sizable fortune to his slaves to trade with and manage while he goes away for a long time on some undisclosed journey. A talent was not a specific aptitude or coin, but rather a measure or a weight of money. Sometimes the talent consisted of minted coins or bars of gold and silver.

Each slave receives a different amount based on the perceived skills that the master believes each possesses. The point, however, is that each has enough to do something in order to make a profit. After a long absence the master returns to settle accounts. The first two slaves come forward eagerly to report that they have doubled their master's money (different sums, same success).

As a result they are each rewarded with a larger scope of responsibility as well as a closer relationship (more trusted, intimate) with their master. For a slave this was a great privilege.

The third slave, who had received the one talent, hid it in the ground. He incurred no risk (would not lose it in the market, no one could steal it, no depreciation) and followed the path of least resistance. When confronted by the master to explain why he did this (note that the other two immediately showed results and made no excuses) he blamed the master. The slave explained that he acted in the way he did because the master was hard and unfair.

The master denounces him as wicked (because he blames his evil on the good master) and lazy (because this is why he did nothing, he was lazy). He also tells him that if it was true that he was hard and unfair, what he should have done was put it in a place that was both safe and slightly profitable, like a bank.

This, of course, would have required thought and effort; something lazy people hate to do. The surprise comes when he gives the talent to the most successful servant to now use, and the lazy slave is cast out to be punished.

The Story Behind The Story

This parable, like the one for the Bridesmaids, refers to the people in the kingdom and the return of Jesus. However, this is where the similarity ends. In the parable of the talents the Lord is teaching that everyone in the kingdom has received a blessing of some kind that is to be used for God's profit. There are a variety of blessings:

The parable teaches that when Jesus returns, each one will be held accountable for what they have done with these. Unlike the parable of the bridesmaids, this story focuses on the reckoning that will come for those within the kingdom.

We know that those who reject Christ are condemned (Mark 16:16), but in these parables Jesus wants to show how He will weed out those who confessed His name and associated with the kingdom but will not be allowed to remain when He returns. Concerning His return and the reckoning with the kingdom itself, this parable teaches us that:

In this parable the fruitful ones are allowed to stay with the master, rejoice in his presence and are given even more responsibility. Paul says that when Jesus comes the church will judge angels and sit at the right hand of God ruling with Him (I Corinthians 6:13; II Timothy 2:11); this is an important responsibility and opportunity to experience great joy, certainly more than what we have now.

Jesus reinforces the warning to disciples in the kingdom that before the kingdom on earth is brought up to be with the kingdom in heaven there will be a reckoning, and Christians need to be ready and fruitful.

Some worry that they are not ready, others that they are not fruitful enough. The idea is that if you are faithful and fruitful in the name of the Lord, you are ready. Continue to use your talents in service to the Lord as you have opportunity, and you will always be ready.

Help keep our materials free and allow us to produce more biblical content.
Support this Ministry
Want to be notified whenever new material is added?
Subscribe by Email
We have used BibleTalk.tv in small group studies and found them effective.