Help us continue to produce more biblical content. Support
Series » In Love for Life
9 of 13
Print Save for later

By: Mike Mazzalongo
March, 2014
This lesson provides biblical advice for those who remarry after losing a spouse through death or divorce.
35 min 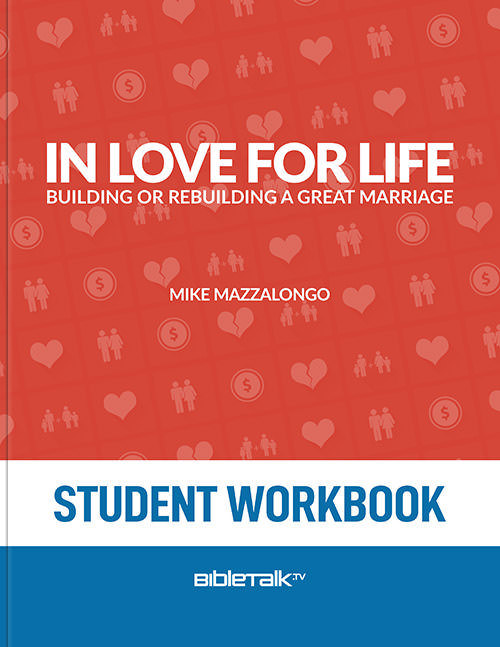 This is a chapter on a sensitive subject that may be difficult for some for various reasons:

This chapter is entitled "Remarriage and Renewal," it addresses the concerns that people who are in subsequent marriages, or those who are about to remarry, have. After all, these brethren want to succeed in these marriages too, they want to avoid divorce as well. People who have suffered through a divorce never want to go through it again.

In my ministry, I have taught at length about marriage and divorce and what I believe the Bible teaches on this subject: that marriage is between a man and a woman for life; that divorce is a sin and if not repented of, will damn the soul to hell, just like any other sin; that adultery and divorce can be repented of and forgiven, and those guilty of it, forgiven and renewed. The Prodigal Son in Luke 15 received renewal with all rights and privileges returned to him because with forgiveness comes renewal.

I do not believe that dissolving legally contracted marriages, whether they are the second or the tenth, is the way to achieve proper repentance. Repentance requires an acknowledgement of the sin (putting away, breaking the covenant) and a change of heart concerning the things that led to this sin.

When reconciliation is possible, I always encourage it but when other marriages have been contracted after the divorce, I believe the best course of action is to follow Paul's teaching in such matters: "Let each man remain in that condition in which he was called." (I Corinthians 7:20) Getting remarried does not remove God from our lives. Marriage, by its very nature, is a call to God to help us live in the way He has designed us to live: one man with one woman. Those who remarry have failed at this and are trying to do it right. To these I give the following advice.

1. You are really married

Indissolubility of marriage is a Roman Catholic idea begun at the Council of Trent in 1545. The teaching was that only God could marry or unmarry you.

Subsequent (second or more) marriages are not first marriages, but they are marriages in God's eyes as well as society's eyes. God will help you with them if you ask. Society (this includes family) must respect what God respects and honors. Jesus tells us to forgive seventy times seven, surely God can forgive one failed marriage and help a person get it right (if they are willing) the second or third time?

When you are legally married you are bound by man and God to be faithful, to do your best to succeed in remaining married until death do you part, because you are really married to this and only this one person, whether that is a first or second marriage.

2. Your marriage is perfect through the cross

If you were a non-Christian and divorced and remarried, you would be legally married to the second person, but your soul would be charged with the sin of adultery because of your divorce. When a person divorces without cause, the sin they commit is called adultery. Even if you're legally divorced and remarried ten times, each time the sin of adultery would be charged to your soul. At death, the world would bury a much married person but hold nothing against you because all was done legally (that is what the Pharisees did). God, however, would condemn you to hell because you would be guilty of adultery, not because you remarried but because you divorced without cause.

The person who becomes a Christian, even though he may be divorced and remarried, is forgiven for his adultery and thus made perfect in God's sight. The Christian who divorces and repents is also forgiven for his sin of adultery. Many find this hard to accept, but God's grace does not make a distinction about which sins to forgive or not. Repentance requires a change of heart and a change of attitude but what makes the person perfect in God's sight is not how he or she was able to fix his former marriage; it is not how well he succeeds in his subsequent marriage (repentance requires that he try).

Perfection is a free gift given to a person who believes in Jesus and expresses that belief in repentance, baptism and faithful living (Acts 2:37-42).

Regardless of your marital status, God doesn't make you perfect through your relative success at marriage, he perfects you through your faith in Jesus Christ (I Corinthians 1:30-31).

3. Follow the Bible's advice for a person who is remarried

The basic advice for those who fail is the following:

A. Forget the past

The past is where the failure is, where the pain is. Let the past go. If a person is forgiven by God, they can then forgive themselves and turn away from the past. Dwelling on what happened, what might have been done differently and why it all happened will not change the past, it will only keep the past alive in the present. This goes for the guilty party as well as the victims of a failed marriage.

Trying to fix the past by punishing ourselves, punishing our ex-partner or bargaining with God only manages to delay healing. Some people do not want to heal because constant pain is their way of trying to atone for their past failure in marriage. If they heal they have nothing to offer their conscience or God and are afraid of punishment.

Paul, in speaking of his former life and the terrible failure in it, says, "…forgetting what lies behind and reaching forward to what lies ahead, I press on toward the goal for the prize of the upward call of God in Jesus Christ." (Philippians 3:13-14) Paul had been forgiven and the way that he forgave himself was to refuse to dwell on the failure he had been absolved of and concentrate on the future that God had freely offered him.

B. Learn from the past

The past is there, the failure (whether it is our fault, someone else's or a mixture of both) is there, it is history and there are many reminders of it. The key is not to whine about the past, or dwell or mourn over it, but to use it by learning from it.

The past usually shows us that our failure was due to the fact that we did it our way. Repentance means that in the future we are going to do it God's way.

My advice to divorced people is to get counseling so that they can learn from the past (who they are, why they failed, etc.) before entering into another serious relationship. Getting married again does not solve the problems from the first marriage; they need to be solved before getting married again because subsequent marriages bring a whole new set of problems. If you have learned something from the past, you will be better equipped to deal with the future.

C. Let your life and change be a witness for Christ

Paul the Apostle often began his sermons with the story of his conversion: how a person who despised Christians grew to love the church so much that he was ready to die for it.

If you base your marriage on Biblical principles; if you live your life as a faithful and fruitful Christian; if people see that it is possible to take a failed life, a failed marriage, and through Jesus Christ build a new life and a new and wonderful marriage, God will be glorified!

Jesus said, "Let your light shine before men in such a way that they see your good works, and glorify your Father who is in heaven."
- Matthew 5:16

A loving relationship and a Christian home are good works, even if they are produced by a subsequent marriage. They will honor God and provide a witness for the power of Christ in your life.

Jesus came to save, to build, to encourage and to equip; not to judge, punish and criticize. God is interested in renewal and regeneration. This is true in marriage as well as every other area of our lives.

divorce
Want to be notified whenever new material is added?
Subscribe by Email
Help us continue to produce
more biblical content.
Support this Ministry
I recently found your website when preparing for a lesson I was teaching… now I’m hooked. I love your verse by verse approach and scholarly yet approachable style.