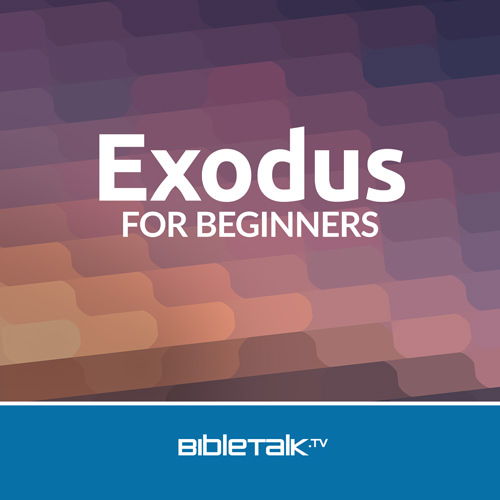 The book of Exodus explains how God revealed Himself to the Jewish people, and how from them, He created a nation that would bring the Savior of all mankind into this world.

13 Episodes
Platforms:
Apple Podcasts Spotify Amazon Music Stitcher Pandora Google RSS Feed
1. Introduction
In this first lesson Mike reviews Egyptian history and geography in setting the scene for the introduction of the Jewish people and their condition before their spiritual and national transformation.
2. General Outline
Mike reviews several ways to outline the book of Exodus for specific study purposes and then begins with a summary of Moses' life before his miraculous calling from a burning bush.
3. Deliverance - 1
In this lesson Mike reviews the four excuses Moses offered in an attempt to avoid his mission and the initial results when he finally accepted God's call to face Pharaoh.
4. The Genealogy of Moses and Aaron
The story of Moses' first meeting with the Pharaoh, his response, God's renewed challenge and the curious placement of Moses and Aaron's family tree continues.
5. Deliverance - 2
In this lesson Mike examines more closely the meaning and consequences of God "hardening the heart of Pharaoh" and if this phenomenon still occurs today.
6. Deliverance - 2
This lesson reviews and explains the meaning and purpose of the 10 plagues that Moses called down upon Egypt and its Pharaoh in order to gain the freedom of the Israelites from Egyptian bondage.
7. Deliverance - 2
In this lesson Mike explains how God used the 10th plague as the event that brought the Jewish nation into existence.
8. The Exodus
In this section Mike reviews the memorialization of the Passover and dynamic departure of the Israelites from Egyptian bondage with special observances and poetry.
9. The Exodus
Mike covers the incidents occurring before the Israelites arrive at Mt. Sinai: God purifies the water, God provides quail and manna, the Sabbath is first observed, water from a rock, war with Amalek and Jethro's advice.
10. The Covenant Between God and His People
In this lesson Mike reviews the content of the covenant between God and the Israelites, the manner in which it was given and how it was ratified between these two parties.
11. The Covenant Between God and Israel
Moses describes the plans for the Tabernacle complex, how it is to be laid out as well as the objects that will later be used by the priests in their practice of the sacrificial system.
12. The Covenant Between God and Israel
Mike reviews the priestly garments, the consecration process, types of sacrifices and God's final summary and instructions to Moses.
13. Aaron's Sin
Mike completes the series by summarizing the final building of the Tabernacle while telling the story of the first person to need the purpose for which it was built – Aaron.
Help keep our materials free and allow us to produce more biblical content.
Support this Ministry
Want to be notified whenever new material is added?
Subscribe by Email
BibleTalk materials are well done and contain sound Bible Teaching. I encourage churches to become aware of this excellent service.