Series » Exodus for Beginners
6 of 13
Print Save for later

The Miracle Staff and 10 Plagues - Part 1

Class by:
Mike Mazzalongo
This lesson reviews and explains the meaning and purpose of the 10 plagues that Moses called down upon Egypt and its Pharaoh in order to gain the freedom of the Israelites from Egyptian bondage.
Exodus 7:8-10:29
Mon. Jul 11th
38:10
10 minute read 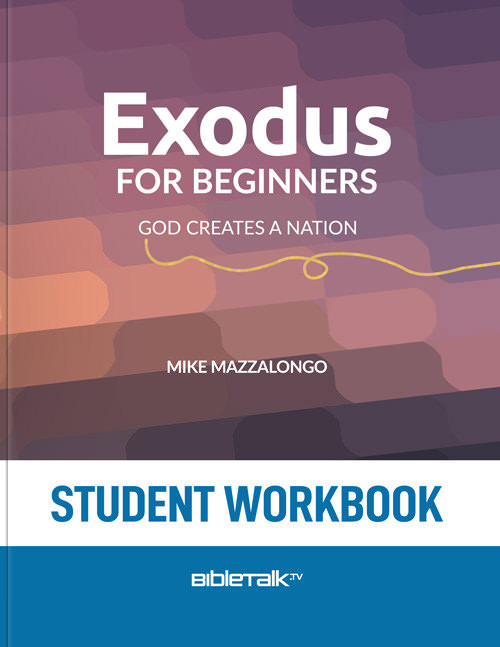 Moses and Aaron have already faced Pharaoh once and their appeal to let the people off for their three days to worship their God was not only rejected but the Pharaoh loaded a heavier burden of work on the Israelites claiming their desire to have time off for a religion festival was a sign of laziness and they had too much idle time on their hands. The truth was that the Pharaoh was afraid of the potential power of such a large number of foreigners in his country and the only way to undermine their power was to keep them occupied with forced labor that served to build up the state. Their mud bricks built the city of Rameses (Exodus 1:1) and the place from which they eventually departed on their journey (Exodus 12:37).

In Exodus 7:8-13, God renews His call for them to once again go to the Pharaoh to make their request but this time they will begin to reveal the power of the God they serve and who is the One making the demand.

God once again rouses Moses and Aaron in order to send them to the Pharaoh, but this time with a difference.

10So Moses and Aaron went to Pharaoh and did what the Lord had commanded them. Aaron threw down his staff before Pharaoh and his officials, and it became a serpent! 11Then Pharaoh called in his own wise men and sorcerers, and these Egyptian magicians did the same thing with their magic. 12They threw down their staffs, which also became serpents! But then Aaron's staff swallowed up their staffs. 13Pharaoh's heart, however, remained hard. He still refused to listen, just as the Lord had predicted.
- Exodus 7:10-13

We assume that the same request is made, and Aaron performs the miracle with the staff to confirm that this message from God. To Moses and Aaron's surprise the Pharaoh duplicates the appearance of the miracle through his magicians. For Pharaoh, who considers himself a god and his magician's part of his divine authority – Moses is no more than the Jewish version of himself with Aaron a magician in service to Moses. This is a contest to see who has the more powerful "mojo". Pharaoh said, "Work a miracle" (show me what you got!) When Aaron's snake eats up the snakes produced by the Egyptians, the Pharaoh is non-pleased and dismissed them calling it a draw in his mind.

The passage says his heart was hardened or in the Hebrew – "strong," which could mean proud. In other words, the attitude that says, "No slave is going to come into my palace and make demands on me. Doesn't he know who I am?"

God knew in advance how the Pharaoh would react but Moses and Aaron didn't and needed to get an idea of how stubborn and proud he was, so the second interaction with him opened their eyes. It is at this point that God will inflict great punishment on the pharaoh and damage on the nation of Egypt in order to pressure the king to release the Jews. There are a total of ten plagues recorded as a result of Moses and Aaron's visits to the Pharaoh until he releases them. Each miracle/plague has certain similar features that can be used as headings in a chart you will find in your workbooks. Here are the headings:

14Then the Lord said to Moses, "Pharaoh's heart is stubborn; he refuses to let the people go. 15Go to Pharaoh in the morning as he is going out to the water, and station yourself to meet him on the bank of the Nile; and you shall take in your hand the staff that was turned into a serpent. 16You shall say to him, 'The Lord, the God of the Hebrews, sent me to you, saying, "Let My people go, that they may serve Me in the wilderness. But behold, you have not listened until now." 17Thus says the Lord, "By this you shall know that I am the Lord: behold, I will strike the water that is in the Nile with the staff that is in my hand, and it will be turned to blood. 18The fish that are in the Nile will die, and the Nile will become foul, and the Egyptians will find difficulty in drinking water from the Nile."'" 19Then the Lord said to Moses, "Say to Aaron, 'Take your staff and stretch out your hand over the waters of Egypt, over their rivers, over their streams, and over their pools, and over all their reservoirs of water, that they may become blood; and there will be blood throughout all the land of Egypt, both in vessels of wood and in vessels of stone.'"

20So Moses and Aaron did even as the Lord had commanded. And he lifted up the staff and struck the water that was in the Nile, in the sight of Pharaoh and in the sight of his servants, and all the water that was in the Nile was turned to blood. 21The fish that were in the Nile died, and the Nile became foul, so that the Egyptians could not drink water from the Nile. And the blood was through all the land of Egypt. 22But the magicians of Egypt did the same with their secret arts; and Pharaoh's heart was hardened, and he did not listen to them, as the Lord had said. 23Then Pharaoh turned and went into his house with no concern even for this. 24 So all the Egyptians dug around the Nile for water to drink, for they could not drink of the water of the Nile. 25 Seven days passed after the Lord had struck the Nile.
- Exodus 7:14-25

Note that this plague was not accompanied with a request to release the people but rather because the Pharaoh has not listened to God's instructions so far:

16You shall say to him, 'The Lord, the God of the Hebrews, sent me to you, saying, "Let My people go, that they may serve Me in the wilderness. But behold, you have not listened until now."

The final verses indicate that this plague lasted seven days.

1Then the Lord said to Moses, "Go to Pharaoh and say to him, 'Thus says the Lord, "Let My people go, that they may serve Me. 2But if you refuse to let them go, behold, I will smite your whole territory with frogs. 3The Nile will swarm with frogs, which will come up and go into your house and into your bedroom and on your bed, and into the houses of your servants and on your people, and into your ovens and into your kneading bowls. 4So the frogs will come up on you and your people and all your servants."'" 5Then the Lord said to Moses, "Say to Aaron, 'Stretch out your hand with your staff over the rivers, over the streams and over the pools, and make frogs come up on the land of Egypt.'" 6So Aaron stretched out his hand over the waters of Egypt, and the frogs came up and covered the land of Egypt. 7The magicians did the same with their secret arts, making frogs come up on the land of Egypt.
- Exodus 8:1-7

We note that the disbelief of the Pharaoh in that he casually lied to Moses to get rid of the frogs which demonstrated that he still disregards Moses' God as inferior to himself. 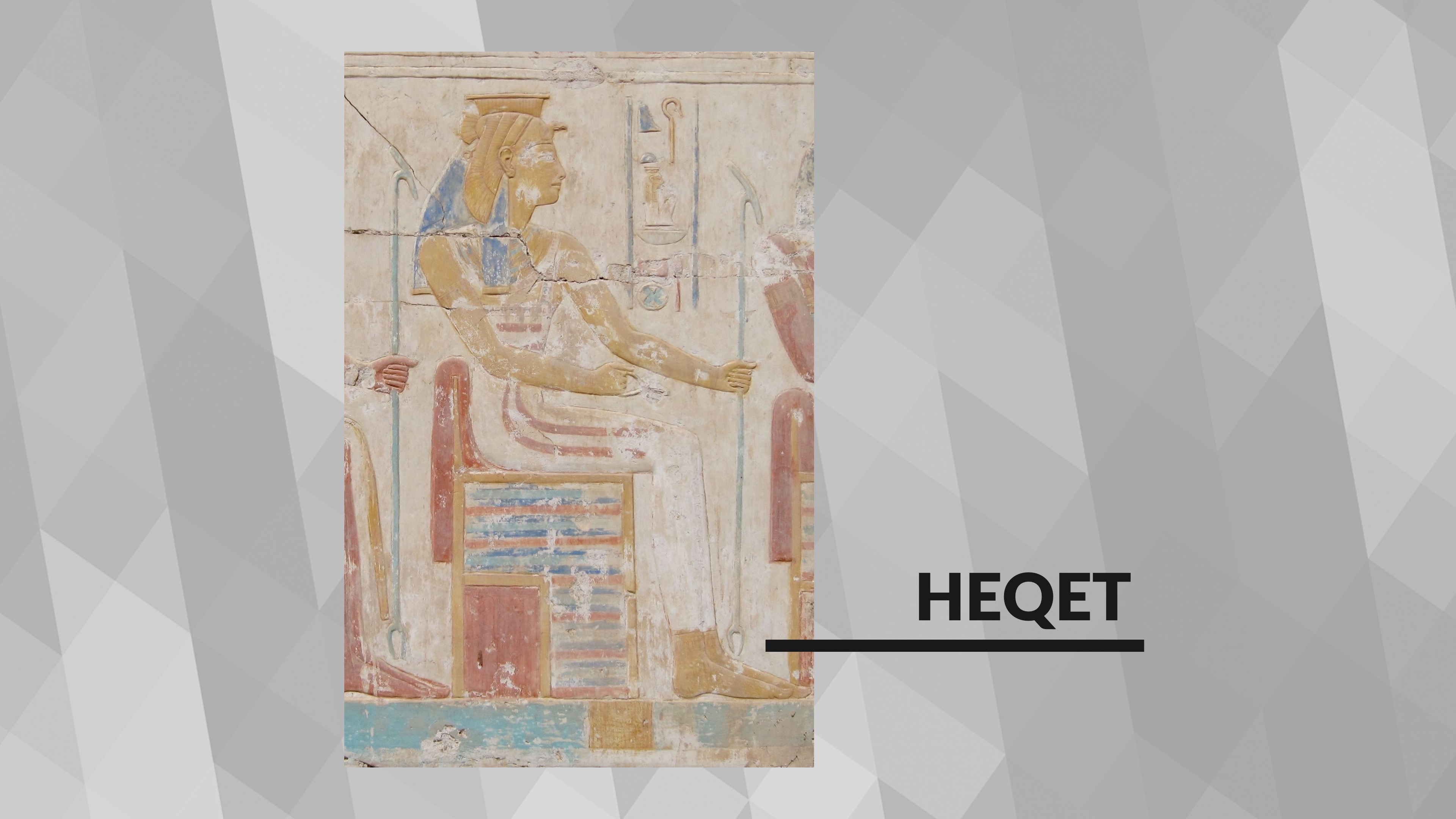 Note that this time the magicians themselves are convinced and tell the Pharaoh that this is what they believe, but Pharaoh refuses to listen to his own counselor's advice as far this is concerned. 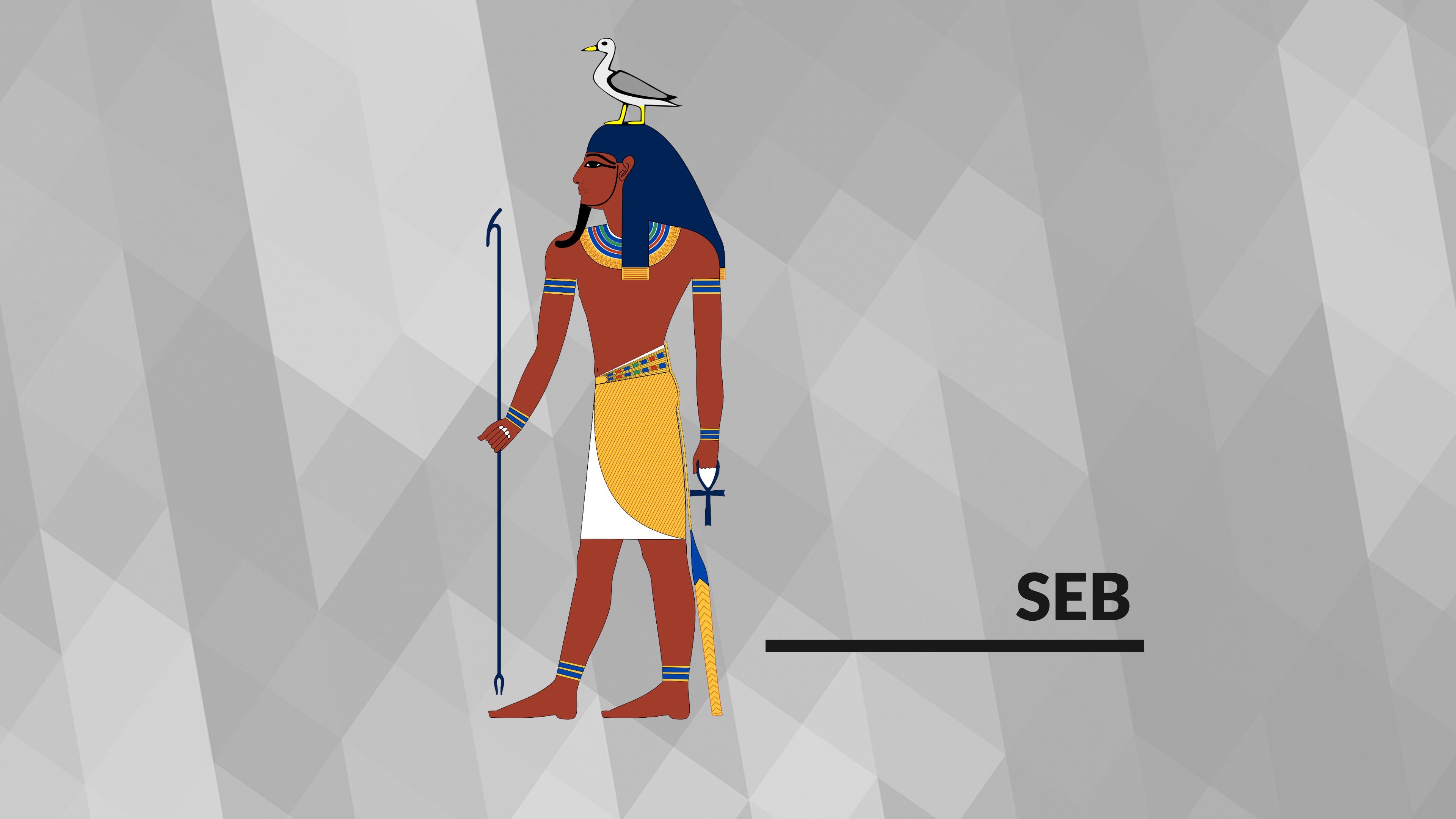 20Now the Lord said to Moses, "Rise early in the morning and present yourself before Pharaoh, as he comes out to the water, and say to him, 'Thus says the Lord, "Let My people go, that they may serve Me. 21For if you do not let My people go, behold, I will send swarms of flies on you and on your servants and on your people and into your houses; and the houses of the Egyptians will be full of swarms of flies, and also the ground on which they dwell. 22But on that day I will set apart the land of Goshen, where My people are living, so that no swarms of flies will be there, in order that you may know that I, the Lord, am in the midst of the land.
- Exodus 8:20-22

We note that God now begins to make a distinction between His people and the Egyptians which make the miraculous plagues truly a judgment upon the Pharaoh and his people. It's personal now – Moses' God vs. Pharaoh and his gods. 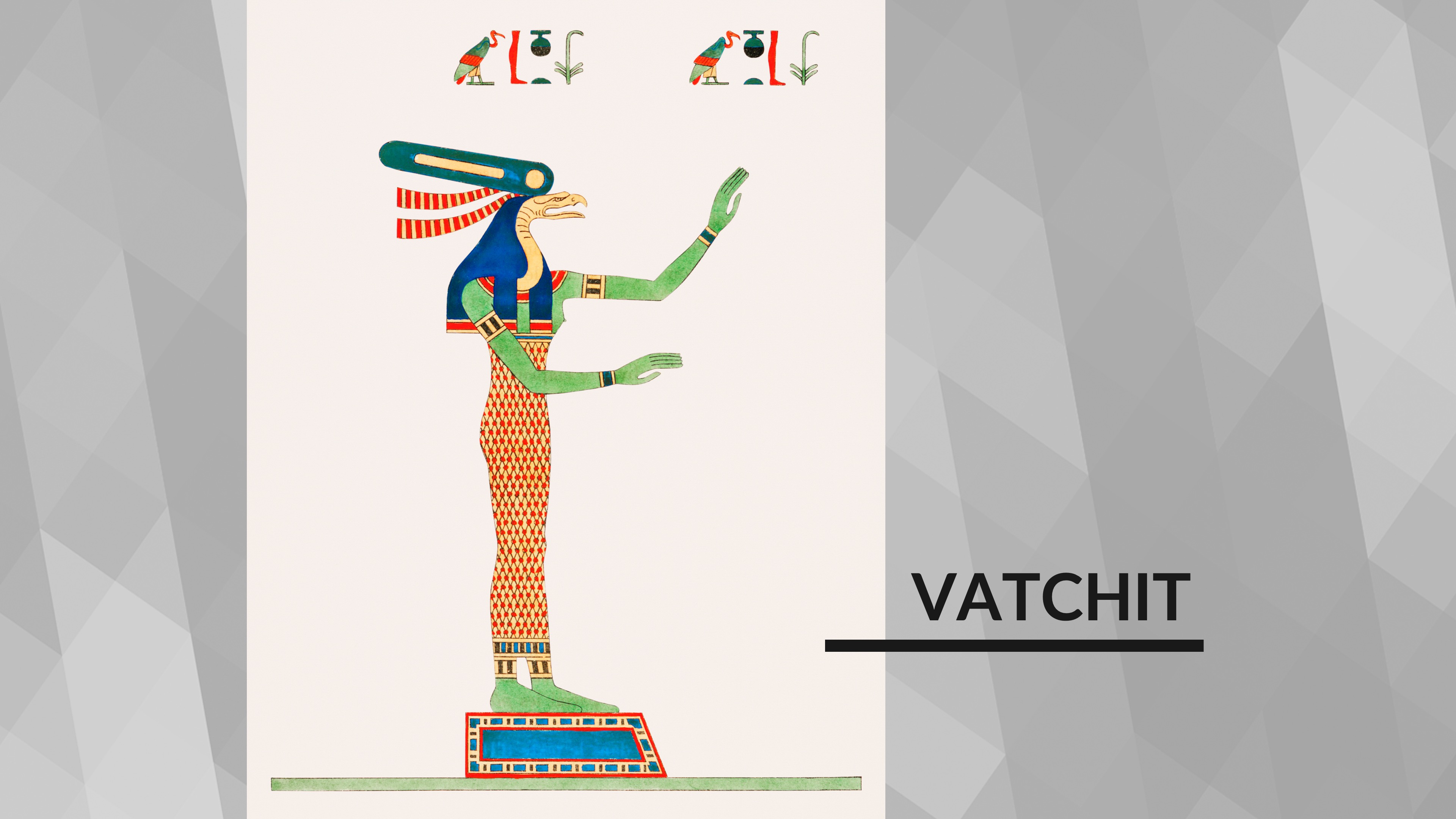 Even when Pharaoh has proof that only his people are targeted, confirming what Moses and Aaron, as well as his own priests and magicians are telling him, he remains defiant.

The fact that the magicians (who often acted as counselors to the king were not allowed at court meant that Pharaoh was now becoming isolated.

13Then the Lord said to Moses, "Rise up early in the morning and stand before Pharaoh and say to him, 'Thus says the Lord, the God of the Hebrews, "Let My people go, that they may serve Me. 14For this time I will send all My plagues on you and your servants and your people, so that you may know that there is no one like Me in all the earth. 15For if by now I had put forth My hand and struck you and your people with pestilence, you would then have been cut off from the earth. 16But, indeed, for this reason I have allowed you to remain, in order to show you My power and in order to proclaim My name through all the earth. 17Still you exalt yourself against My people by not letting them go.
- Exodus 9:13-17

God tells the Pharaoh that He could have destroyed the Egyptian land, animals, people and himself, but instead let them live so they could witness His power and His presence. To prove that this statement is true, He sends a horrific hailstorm that causes ravenous damage. 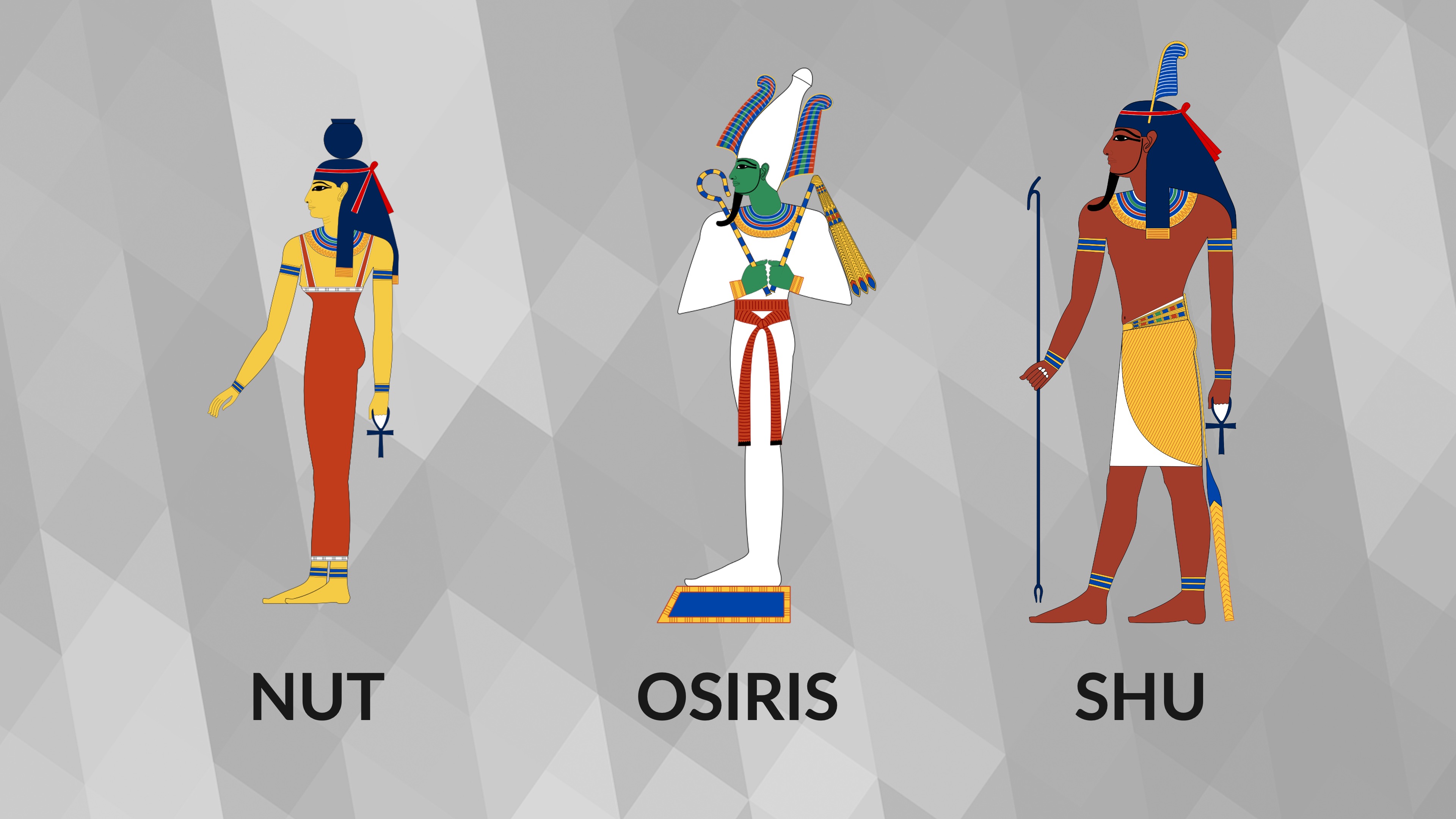 This was a second wave of destruction which threatened the Egyptian food supply and ultimate destruction of the nation if there was not a change in the Pharaoh's response – however, like many godless leaders since, the Pharaoh's pride (hard heart) was ready to sacrifice his people in the service of his own vision and ego.

Ra was one of the oldest deities in Egyptian history. He was eventually merged with the god Horus becoming the morning sun; later merged with the god AHUN becoming the evening sun. Ra was associated with primal life-giving energy – to control or have the power to block out the sun, at will, was to demonstrate a power beyond what the Egyptians knew or could even imagine. 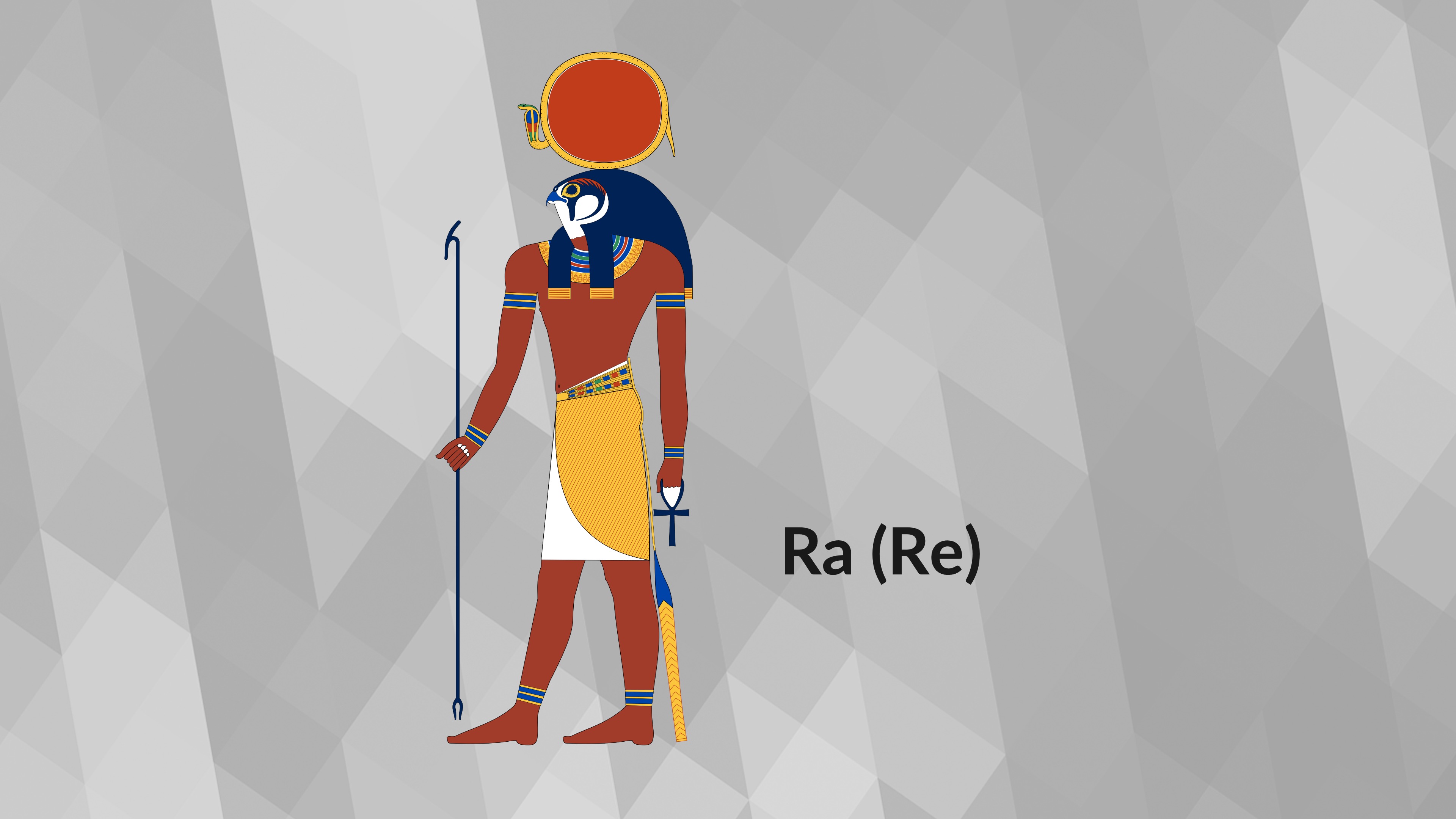 At this sign the Pharaoh tries to negotiate with Moses concerning who could leave and who would stay behind, but Moses repeats God's demand that to release all the Israelites and their processions – at this the Pharaoh threatens Moses with death if he returns.

We will save the last plague for our next lesson because it will involve the first step in creating a nation, the feast commemorating the Israelites freedom from slavery.