The Doctrine of Inspiration - Part 4

Class by:
Mike Mazzalongo
This lesson will examine the remaining 5 arguments that support the claim of Divine Inspiration for the Bible.
May, 2015
38:54
8 minute read 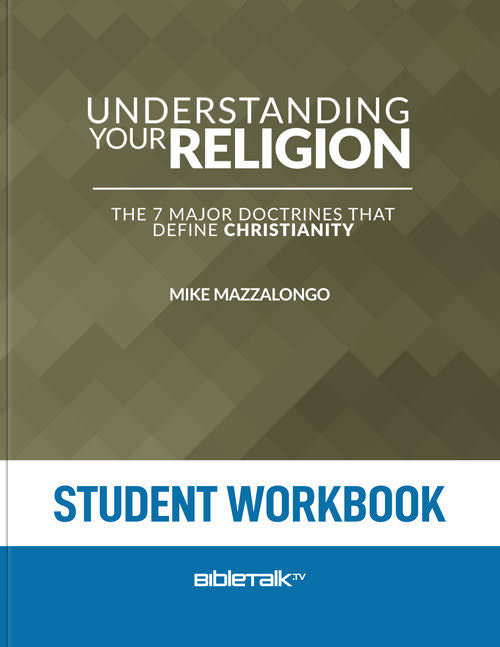 Proving the inspiration of the Bible is much like a court case, there is evidence that leads you to a conclusion.

The next set of evidences support this basic contention to a point where a person can look at the evidence and conclude that the Bible is indeed from God and not merely a human production.

PROOF #2
History of the Bible

A strong indicator that the Bible is not an ordinary book, that it is indeed supernatural in character, is its ability to survive violent attack and close scrutiny without being destroyed or discredited.

Attack by the Roman Empire

From 249-305 AD it was a capital offense to be in possession of any portion of Scripture. This is why copies from this period were small and easy to hide. By the 4th century Constantine, Emperor of Rome, permitted and paid for copies to be made. The Bible survived the most powerful empire in history that was bent on destroying it and, yet, survived, even prospered.

Attack by the Roman Catholic Church in Middle Ages

The Roman Catholic Church tried to keep people from reading or possessing the Bible because they felt it was too dangerous. In many cases, Bibles were chained to pulpits so no one would steal them. By the 16th century King James paid for a translation and distribution of the Bible in a common language and broke the monopoly of the Roman Catholic Church. The Bible survived the repression of the most powerful religious organization in the Middle Ages.

Attack by the Philosophers, Skeptics and Critics

In the 17th to 19th centuries writers and thinkers in Europe began to question the Bible's inspiration and authority. They developed godless ideas about where man originated and how he should live. One of these, Voltaire, a brilliant French philosopher said, "It took 12 ignorant fishermen to establish Christianity and one Frenchman to destroy it." His personal crusade was to discredit the Bible as uninspired and draw people away from using it as their guide for life. Twenty-five years after his death, his home was purchased by the Geneva Bible Society and used as a warehouse to distribute Bibles.

If we look at the history of the Bible we see that it has survived military, religious and philosophical attacks over a 2000 year period and continues to be the most printed, most translated, most read book in the world and in all of history. Of course, you would expect this from a book that says of itself that it is from God.

PROOF #3
Uniqueness of the Bible

Whenever scholars examine "religious" books they always discover flaws, mistakes, the inability of the teachings to apply to all people or adapt to changing times.

One reason why many religions like Shinto or Zoroastrianism die out is that their teachings become irrelevant or unworkable in changing times. Muslims protect themselves against this because they say that the Koran was actually written by God in a special language and no non-Muslim can touch it or understand it properly. However, many scholars agree that the Muslim religion has many inconsistencies and without changes cannot survive or be adapted to western countries.

The Bible, however, has been translated, examined and re-examined by scholars and experts in each century. These all come to similar conclusions about the uniqueness of the Bible. For example:

No other book can claim as many readers in as many centuries in as many languages for as many years. No other book has been so studied and found to be so unique in style, content and unity. You would expect this from a book written by God.

This is a modern man's criteria; something is true or good because it works. With this in mind, one cannot deny the fact that the principles contained in the Bible do work to produce happy and peaceful lives. No other philosophy, lifestyle or religion works better. All you have to do is examine non-Christian countries to see this.

For example, the United States prospered when it was functioning under Christian principles found in the Bible and has begun to falter as the nation has moved away from these. You would expect that God's manual for life would lead to a superior life for a person or a nation that follows it. Simply compare any person or nation not following the Bible and it will be plain to see that God's plan for life is in the Bible and nowhere else.

If a book is inspired it has to be accurate because God does not make mistakes. Archaeology supports the historical accuracy of the Bible. Archaeology is the study of people, customs and life in ancient times. They do this by digging up and studying the remains of ancient cities, villages, temples, etc.

Whenever archaeologists discover a city or people mentioned in the Bible, everything they find out in their discovery is in harmony with what the Bible describes about these people. Actually, archaeologists use the Bible as a reference guide to search out many of these ancient places.

For example, Joshua 3:10 mentions the Hittites, but until recent history archeologists had not found any trace of this civilization. This was one of the arguments used to reject the historical accuracy of the Bible. In 1872 however, archeologists discovered Hittite writings and the remains of their cities which confirmed their existence and Bible accuracy concerning these people.

Sometimes historians find out that their discoveries do not contradict the Bible, they simply do not have all the pieces of the puzzle. For example, Isaiah 20:1 mentions Sargon. His name was not in any of the historical records of the Kings of that time, but recent discoveries have shown that he borrowed his name and this fact was only recorded in the Bible, and not the records kept by historians of that era.

The key idea of this historical evidence is that if the Bible has been shown to be accurate in obscure historical facts, is it not logical to trust its accuracy in other matters as well? Men have tried to undermine its accuracy for centuries and have always failed. You would expect that kind of razor sharp accuracy from a book written by God, would you not?

Men cannot accurately predict future events. They can study trends and make predictions based on these hoping to have a percentage of success. Only God, however, can be 100% successful in predicting future events. In the Bible there are many predictions or prophecies of events in the lives of people and nations that would take place days, years and centuries into the future. For example, here is one of Isaiah's prophecies:

"It is I who says of Cyrus, 'He is My shepherd!
And he will perform all My desire.'
And he declares of Jerusalem, 'She will be built,'
And of the temple, 'Your foundation will be laid.'"
- Isaiah 44:28

Isaiah lived in 700 BC. The Cyrus that he speaks of is a king that will rule 150 years later. He names him, gives his position and explains what he would eventually do (allow the captive Jews to return to their land and rebuild the temple in Jerusalem). This would be like me predicting what the name and party of a president would be a century in advance.

How is fulfilled prophecy evidence that the Bible is from God?

If the Bible is from God, would you not expect that it contains a feature that only God could produce? A feature like fulfilled prophecy?

Let us review briefly the arguments that point to the divine inspiration of the Bible:

What conclusion do we come to in the face of such evidence? That mere man or a group of people wrote this book? If so, why have men never been able to duplicate, improve or destroy this book? We have improved, duplicated or destroyed everything else, except the Bible. The only conclusion is to believe what is says, that it is truly a book from God and the evidence is sufficient to support this.

If, after considering these things, we accept that the Bible is inspired, then there are several things required of us:

The first and foremost Christian doctrine is the inspiration of the Bible. If this is not true, then the teaching that comes from the Bible has no power or final authority. This is why there are so many attacks against it.

In the next chapter we will look at the second great Christian doctrine: the divinity of Christ.

Help keep our materials free and allow us to produce more biblical content.
Support this Ministry
Want to be notified whenever new material is added?
Subscribe by Email
Please send me more preacher training videos in French!