26But an angel of the Lord spoke to Philip saying, “Get up and go south to the road that descends from Jerusalem to Gaza.” (This is a desert road.) 27So he got up and went; and there was an Ethiopian eunuch, a court official of Candace, queen of the Ethiopians, who was in charge of all her treasure; and he had come to Jerusalem to worship, 28and he was returning and sitting in his chariot, and was reading the prophet Isaiah. 29Then the Spirit said to Philip, “Go up and join this chariot.” 30Philip ran up and heard him reading Isaiah the prophet, and said, “Do you understand what you are reading?” 31And he said, “Well, how could I, unless someone guides me?” And he invited Philip to come up and sit with him. 32Now the passage of Scripture which he was reading was this:

“He was led as a sheep to slaughter;
And as a lamb before its shearer is silent,
So He does not open His mouth.
33“In humiliation His judgment was taken away;
Who will relate His generation?
For His life is removed from the earth.”

34The eunuch answered Philip and said, “Please tell me, of whom does the prophet say this? Of himself or of someone else?” 35Then Philip opened his mouth, and beginning from this Scripture he preached Jesus to him. 36As they went along the road they came to some water; and the eunuch *said, “Look! Water! What prevents me from being baptized?” 37And Philip said, “If you believe with all your heart, you may.” And he answered and said, “I believe that Jesus Christ is the Son of God.”] 38And he ordered the chariot to stop; and they both went down into the water, Philip as well as the eunuch, and he baptized him. 39When they came up out of the water, the Spirit of the Lord snatched Philip away; and the eunuch no longer saw him, but went on his way rejoicing. 40But Philip found himself at Azotus, and as he passed through he kept preaching the gospel to all the cities until he came to Caesarea. 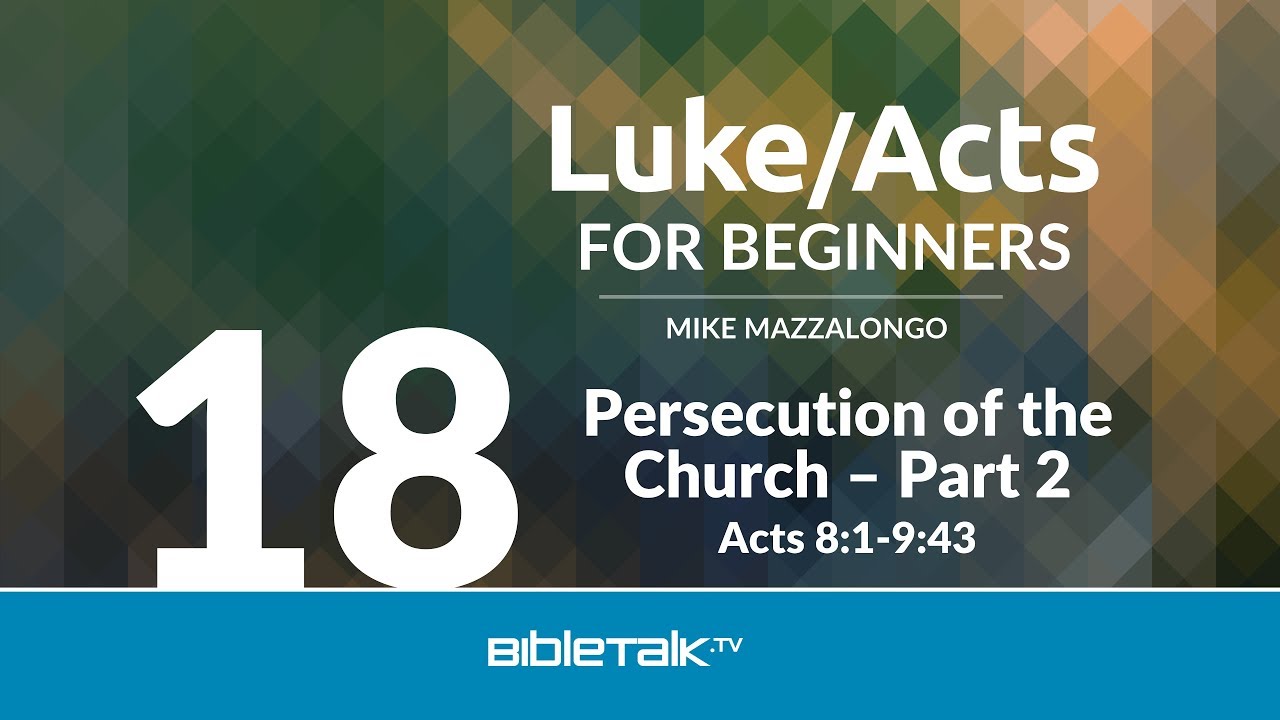 Luke continues to describe the events taking place and the people who were part of the first congregation of the church in Jerusalem. (Acts 8:1-9:43)
Prime   42 min
Want to be notified whenever new material is added?
Subscribe by Email
Help us continue producing
more biblical content.
Support this Ministry
The Church of Christ all too often gets a scarlet letter. It is sites like BibleTalk (which are few and far between) that defend and promote the simple truth and love the Church is based upon and I couldn't be happier that I stumbled across it.