17One day He was teaching; and there were some Pharisees and teachers of the law sitting there, who had come from every village of Galilee and Judea and from Jerusalem; and the power of the Lord was present for Him to perform healing. 18And some men were carrying on a bed a man who was paralyzed; and they were trying to bring him in and to set him down in front of Him. 19But not finding any way to bring him in because of the crowd, they went up on the roof and let him down through the tiles with his stretcher, into the middle of the crowd, in front of Jesus. 20Seeing their faith, He said, “Friend, your sins are forgiven you.” 21The scribes and the Pharisees began to reason, saying, “Who is this man who speaks blasphemies? Who can forgive sins, but God alone?” 22But Jesus, aware of their reasonings, answered and said to them, “Why are you reasoning in your hearts? 23Which is easier, to say, ‘Your sins have been forgiven you,’ or to say, ‘Get up and walk’? 24But, so that you may know that the Son of Man has authority on earth to forgive sins,”—He said to the paralytic—“I say to you, get up, and pick up your stretcher and go home.” 25Immediately he got up before them, and picked up what he had been lying on, and went home glorifying God. 26They were all struck with astonishment and began glorifying God; and they were filled with fear, saying, “We have seen remarkable things today.” 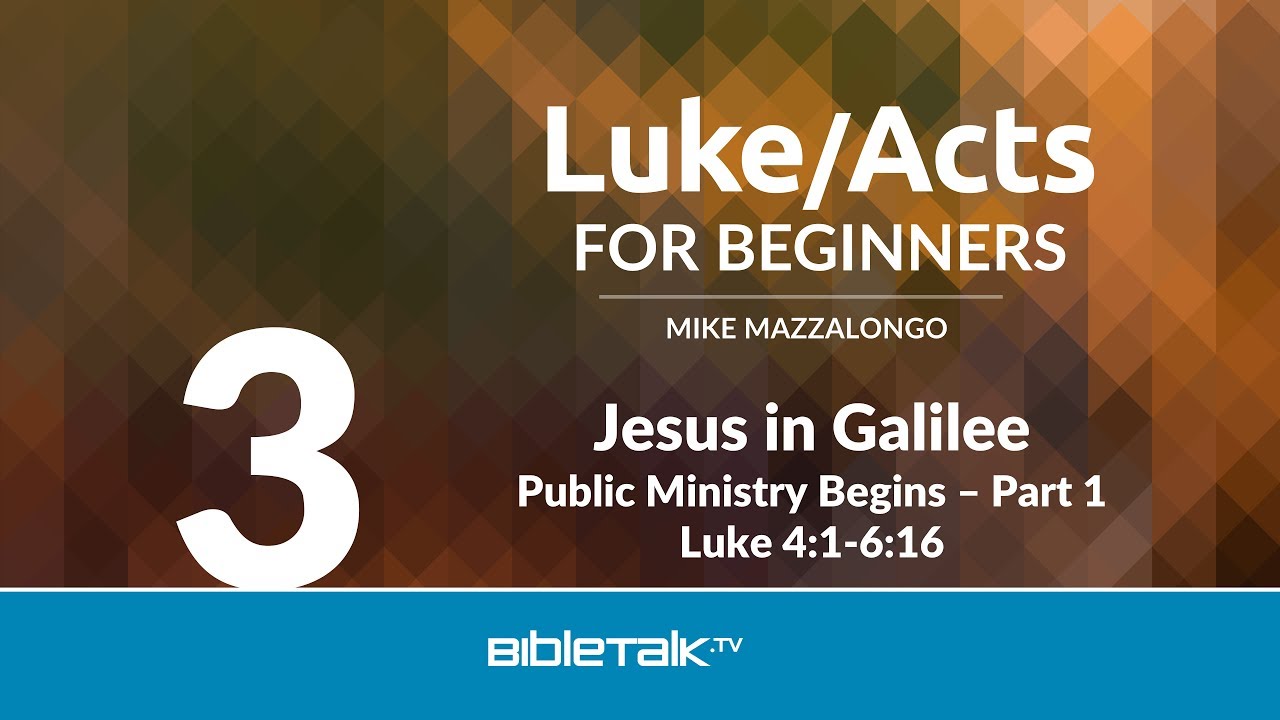 Luke describes the many miracles and teaching sessions by Jesus performed in and around his home town and neighboring area. (Luke 4:1-6:16)
Prime   37m

Section IV - Events #33-46 (Public Ministry of Jesus from 2nd Passover to 3rd Passover) are discussed along with practical applications.
Prime   35m
Want to be notified whenever new material is added?
Subscribe by Email
Help us continue producing
more biblical content.
Support this Ministry
The last few weeks I have looked at BibleTalk.tv each morning. Thank you for helping my faith. I am encouraged to walk in the light even more through your subject matter.