55Now the chief priests and the whole Council kept trying to obtain testimony against Jesus to put Him to death, and they were not finding any. 56For many were giving false testimony against Him, but their testimony was not consistent. 57Some stood up and began to give false testimony against Him, saying, 58“We heard Him say, ‘I will destroy this temple made with hands, and in three days I will build another made without hands.’” 59Not even in this respect was their testimony consistent. 60The high priest stood up and came forward and questioned Jesus, saying, “Do You not answer? What is it that these men are testifying against You?” 61 But He kept silent and did not answer. Again the high priest was questioning Him, and saying to Him, “Are You the Christ, the Son of the Blessed One?” 62And Jesus said, “I am; and you shall see the Son of Man sitting at the right hand of Power, and coming with the clouds of heaven.” 63Tearing his clothes, the high priest said, “What further need do we have of witnesses? 64You have heard the blasphemy; how does it seem to you?” And they all condemned Him to be deserving of death. 65Some began to spit at Him, and to blindfold Him, and to beat Him with their fists, and to say to Him, “Prophesy!” And the officers received Him with slaps in the face. 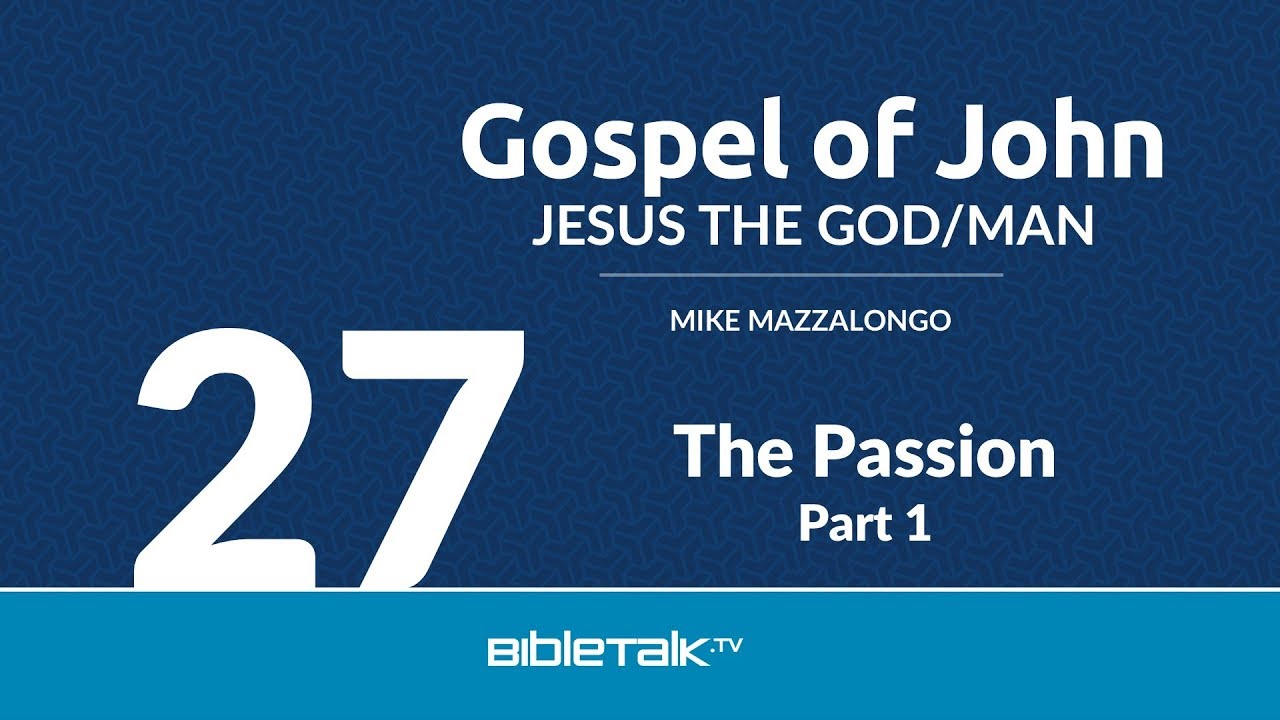 John begins to describe the events that lead up to Jesus' torture and crucifixion. (John 18:1-38a)
Prime   31 min
Want to be notified whenever new material is added?
Subscribe by Email
Help us continue producing
more biblical content.
Support this Ministry
I’m a beginner in the Church from Ghana (W/R).I have begin to follow your teachings on “Luke/Acts.”God bless you for the good works done.