You Are Built Up in Christ

1For I want you to know how great a struggle I have on your behalf and for those who are at Laodicea, and for all those who have not personally seen my face, 2that their hearts may be encouraged, having been knit together in love, and attaining to all the wealth that comes from the full assurance of understanding, resulting in a true knowledge of God’s mystery, that is, Christ Himself, 3in whom are hidden all the treasures of wisdom and knowledge. 4I say this so that no one will delude you with persuasive argument. 5For even though I am absent in body, nevertheless I am with you in spirit, rejoicing to see your good discipline and the stability of your faith in Christ.

6Therefore as you have received Christ Jesus the Lord, so walk in Him, 7having been firmly rooted and now being built up in Him and established in your faith, just as you were instructed, and overflowing with gratitude.

8See to it that no one takes you captive through philosophy and empty deception, according to the tradition of men, according to the elementary principles of the world, rather than according to Christ. 9For in Him all the fullness of Deity dwells in bodily form, 10and in Him you have been made complete, and He is the head over all rule and authority; 11and in Him you were also circumcised with a circumcision made without hands, in the removal of the body of the flesh by the circumcision of Christ; 12having been buried with Him in baptism, in which you were also raised up with Him through faith in the working of God, who raised Him from the dead. 13When you were dead in your transgressions and the uncircumcision of your flesh, He made you alive together with Him, having forgiven us all our transgressions, 14having canceled out the certificate of debt consisting of decrees against us, which was hostile to us; and He has taken it out of the way, having nailed it to the cross. 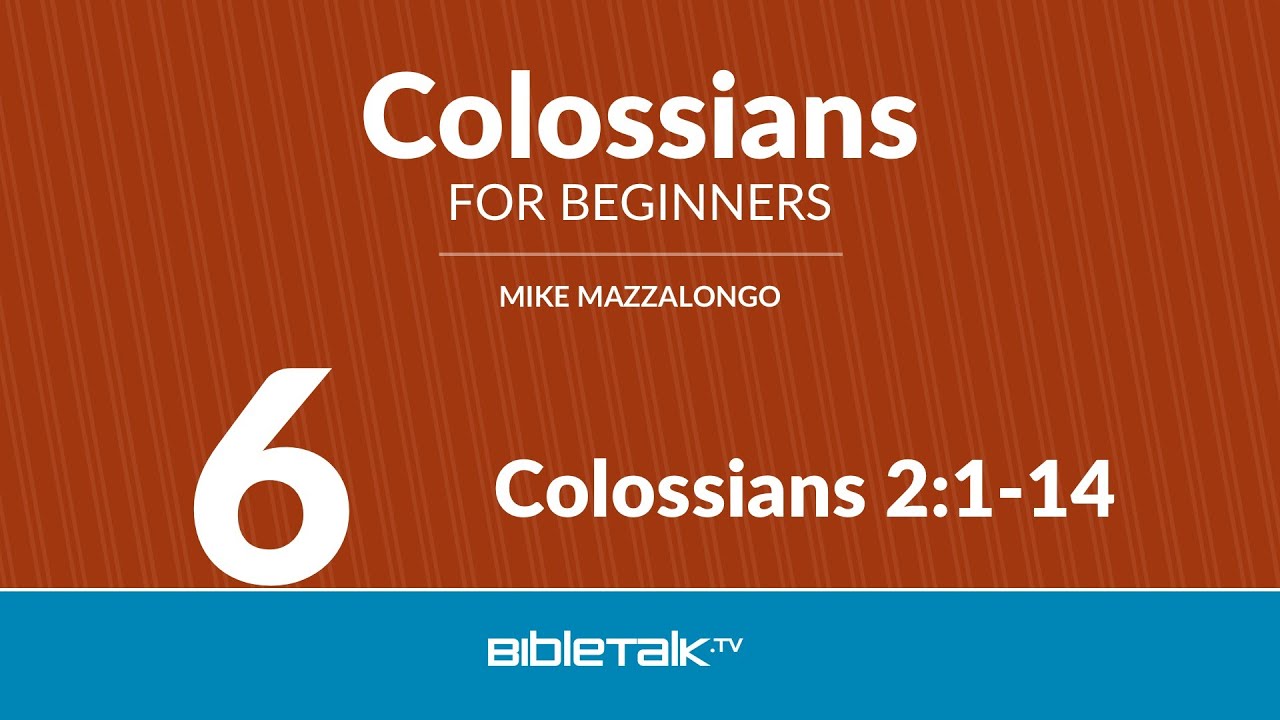