18As they were reclining at the table and eating, Jesus said, “Truly I say to you that one of you will betray Me—one who is eating with Me.” 19They began to be grieved and to say to Him one by one, “Surely not I?” 20And He said to them, “It is one of the twelve, one who dips with Me in the bowl. 21For the Son of Man is to go just as it is written of Him; but woe to that man by whom the Son of Man is betrayed! It would have been good for that man if he had not been born.”

22While they were eating, He took some bread, and after a blessing He broke it, and gave it to them, and said, “Take it; this is My body.” 23And when He had taken a cup and given thanks, He gave it to them, and they all drank from it. 24And He said to them, “This is My blood of the covenant, which is poured out for many. 25Truly I say to you, I will never again drink of the fruit of the vine until that day when I drink it new in the kingdom of God.”

26After singing a hymn, they went out to the Mount of Olives.

27And Jesus said to them, “You will all fall away, because it is written, ‘I will strike down the shepherd, and the sheep shall be scattered.’ 28But after I have been raised, I will go ahead of you to Galilee.” 29But Peter said to Him, “Even though all may fall away, yet I will not.” 30And Jesus said to him, “Truly I say to you, that this very night, before a rooster crows twice, you yourself will deny Me three times.” 31But Peter kept saying insistently, “Even if I have to die with You, I will not deny You!” And they all were saying the same thing also. 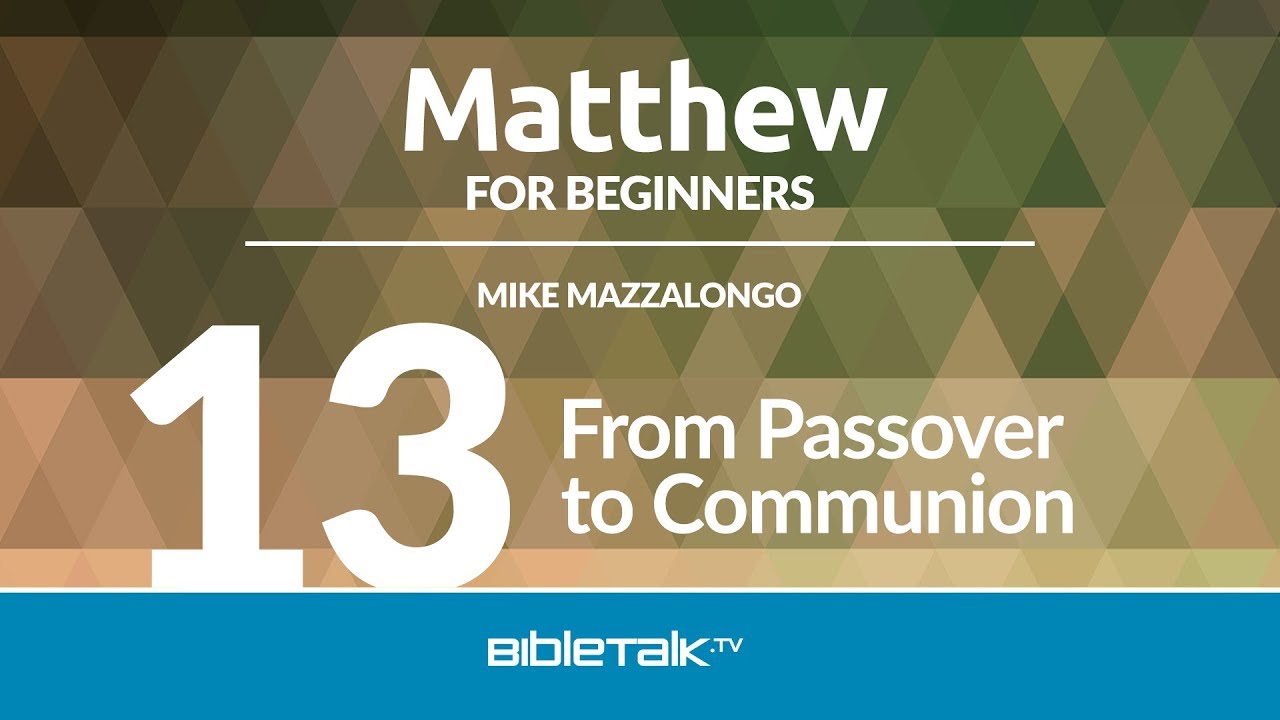 In the final lesson of this series Mike will review the main events of Jesus' 'Passion' and focus in on the history of the Jewish Passover and its transition to the meal of remembrance that Christians around the world observe. (Matthew 26:1-28:20)
Prime   36 min
Want to be notified whenever new material is added?
Subscribe by Email
Help us continue producing
more biblical content.
Support this Ministry
I’ve grown up in a Christian home my whole life, but there have been times I have struggled with my faith. I started listening to your series, Getting to Know you God. I just wanted to say thank you for the work that you are doing. The four lessons I have listened to so far have really opened up my mind to a lot of things about God.