Series » The Tabernacle
1 of 4
Bookmark Print

The Purpose of the Tabernacle 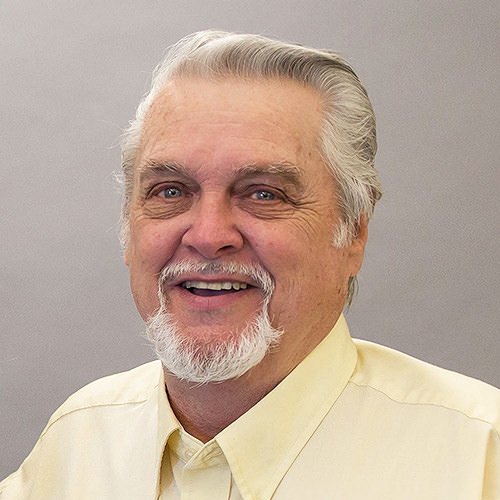 It was the beginning of a new era, the birth of a nation and the structure referred to in the Bible as the "Tabernacle." It was a moment in history, a moment of both physical and spiritual importance. It became a part of the Hebrew nation around 1450 BC, just three months after escaping Egyptian captivity. It would become the centerpiece of the Hebrew religion for 500 years until it was replaced by Solomon's Temple in 960 BC. It was a very special place designed by God Himself on behalf of His Hebrew children. It was the most special and expensive "Tent of Meeting" in Antiquity. Here, God would begin contact with mankind in a manner not yet seen. It would be richly symbolic in the truths regarding God, and allow fellowship with Him and His chosen people. It was the precursor of the permanent heavenly temple.

In the third chapter of Genesis, the Bible declares that sin entered the world through the temptation and disobedience of Adam and Eve, and with it, the penalty of death (Genesis 3:6-7). God had made man with the ability to choose. Choose to obey and live or choose sin and suffer the consequences of death. However, the all-knowing Creator had preplanned a provision should man choose unwisely. God created an "escape plan" designed before creation to restore the relationship where God and man could engage spiritually despite man's guilt on account of sin. The punishment for sin which was death (eternal separation from God and explained by Paul in Romans 6:23) would be paid for, and thus sin could be totally forgiven as God's justice was satisfied.

Phillip found Nathanael and said to him, "We have found Him of whom Moses in the law, and also the prophets, wrote – Jesus of Nazareth, son of Joseph.
- John 1:45

The Tabernacle was a tangible yet mysterious evidence of God's desire to stay with His people. God could not associate with mankind because of its sinfulness. This "Tent of Meeting" would serve as the example of God's desire to "dwell" with man and provide a glimpse of the "indwelling of His Spirit" which would be offered at the coming of the Messiah.

The Tabernacle would be a portable location for the exercise of fellowship between the Creator and His people. The Tabernacle and the sacrificial system would be a tutor to bring us to Christ (Galatians 3:24-25). However, mankind was not yet ready to comprehend God's plan for salvation. It needed to be implemented in stages and the beginning of this revelation was the building of the Tabernacle.

All of the information about the Exodus and the Tabernacle as well as the Ark of the Covenant and the Law is contained in the Pentateuch. There are another 17 books that fall into the historical category, an additional five books are works of poetry, and 17 books are considered prophetical.

For the most part, the Old Testament, and the Tabernacle itself, are often taken for granted by many Christians today. They think that it was only relevant to the Jews and with its archaic language and strange rituals claim that it doesn't pertain to us today.

The Tabernacle was important to God and man. Scripture verifies this. For example: The creation unfolds in just two chapters in the book of Genesis. In direct contrast, the Bible mentions the Sanctuary, or the Tabernacle, its furniture and worship instructions in fifty different places of Scripture! When God repeats, it must be important!

It has been identified by many names: the Tabernacle or Tent of Testimony; the Tent of Witness; the Tent or Tabernacle of Congregation; and the Sanctuary.

In the book of Exodus, it is mentioned 13 times; in Leviticus, 10 times; in Numbers, 13 times; in Deuteronomy, twice; in Hebrews, four times. God must have thought it important since He emphasized it in so many places and if it is important to God, it should, therefore, be an important concern for man.

The Law and the Tabernacle would accomplish similar goals: not to place a burden on the Israelites, but to show the absolute authority of God. To make known that the only way for man to come to God was on His terms and none other. God would accept no excuses as He expected complete obedience. Both the Law and the Tabernacle revealed sin to mankind and looked forward to a future solution that would be brought into the world through the Messiah.

After 10 generations of bondage, God through Moses led the children of Israel from Egypt to the base of Mt. Sinai. God had provided both food and water in a barren desert for the people, even turning back the waters of the Red Sea so they could cross on dry land to escape the Pharaoh's army which ultimately drowned when Moses sent the sea back to its normal location. God knew that His people were in need of spiritual nourishment as well as their physical requirements.

We read that God calls Moses to come up Mt. Sinai in order to receive instructions for the journey to the "Promised Land", in addition to the Law, the plan for the tabernacle, the sacrifices He would now require, and the ordinances and observations.

Moses then returns to find the Hebrews involved in idolatry and worshipping a golden calf, along with other despicable behavior. In anger, Moses breaks the stones containing the commandments. After dealing with Aaron and the people, Moses returns to be with God at the top of Mt. Sinai.

On this occasion Moses is given another set of commandments as well as the layout and material needs for the Tabernacle, the Ark and other objects that will complete the Tabernacle complex.

8Let them construct a sanctuary for Me, that I may dwell among them. 9According to all that I am going to show you, as the pattern of the tabernacle and the pattern of all its furniture, just so you shall construct it.
- Exodus 25:8-9

God always expects the best from His people. This would be an expensive project. But God had already given His children the wealth needed to construct the Tabernacle and furnishings when the Jews plundered their Egyptian neighbors on the night of their departure from Egypt (Exodus 25:1-8). When Moses asked the people to donate materials for the Tabernacle, they contributed so much that he had to restrain them from giving too much (Exodus 36:5-7).

Time to Build the Tabernacle

It would take one year to construct and was officially dedicated on the anniversary of the exodus escape. God instructs Moses to appoint Bazaleel, Aholiab and other gifted artisans to whom He had given "the Spirit of God, in the wisdom and understanding to do all manner of work for the service of the sanctuary..." (Exodus 36:1), according to the details of the Tabernacle as the Lord had commanded. The Tabernacle is the only structure that we know of that never needed any addition or alteration through its entire existence. It was perfectly complete all through its history.

The Tabernacle would become the central point of the Hebrew exodus. It was the earthly center of their camp and the venue of their worship. It was also a tangible and visible symbol of God's presence and promise to Israel that He would live among them.

It would be the duty of the 12 tribes, with an estimated 2-3 million people, to defend and protect the Tabernacle throughout their 40 years of wandering.

God would appear over the Tabernacle as a cloud by day, and a pillar of fire by night. The camp would stay in place as long as the cloud was present, and when it left, it was time to move. The cloud provided direction for the people's movement as they would follow it to the next campsite.

Without the intervention of God, moving this vast number of people through a desert wilderness, their journey would have been a logistical nightmare. (The Almighty not only organized the people, He saw to it that even their shoes and clothing would not wear out for the entire period of wanderings in the desert). "God said, 'Israel is to assemble under their tribal banners (standards or flags)'" (Numbers 2:2). The banner would be planted and the tribes would camp or march around their individual standards.

When camped, the tribes would surround the Tabernacle in this manner: on the North, tribes of Asher, Dan, and Naphtali; to the East, Issachar, Judah, Zebulun; South, Gad, Reuben, Simeon; West, Manasseh, Ephraim, Benjamin. It has been estimated that the camp covered approximately 10 square miles.

When the camp moved, they followed God's order: Eastern tribes moved out first, then the Southern tribes followed by the Western tribes and the Northern tribes which protected the rear of the procession. It is impossible to identify every stop Israel made in the wilderness but there are a good number listed in Numbers 33.

The sons of Gershon, grandsons of Aaron, oversaw transporting the Tabernacle with two carts and four oxen each, (curtains, coverings and hangs of the court) – an estimated weight of 660 lb. per cart. Merarites, four wagons and eight oxen, as they were to transport the boards, beams, and the heavy materials required in the Tabernacle itself (Numbers 4:24, 31).

While the family of Keat, one of the 24 family clans descending from Kohath, second son of Levi and grandfather of Moses, Aaron and Miriam, were commissioned to "carry on their shoulders, via provided poles, 440 lb. of Tabernacle vessels. (Kohatites – Numbers 4:4). The estimated weight and materials for the boards, bars, wood, pillars and sockets, and other materials involved in the Tabernacle was estimated to be about seven tons.

The Tabernacle as the Shadow of Christ: Throughout history, the Jews seemed to need something to "aim" or "focus" their worship. For them it would be the Tabernacle, a sign of deliverance and salvation. For Christians, it would be the foreshadowing of the coming Messiah, Jesus Christ.